The Italian Conceptual artist Maurizio Cattelan is being sued in Paris over intellectual property infringement. The French sculptor Daniel Druet claims that he is the creator of nine works credited to the Post Pop artist Maurizio Cattelan. This includes his well-known kneeling effigy of Adolf Hitler. The lawsuit, if successful, would credit M. Druet as “exclusive author” of the Cattelan sculptures. He is seeking five million euros ($5.25 million) from the Perrotin gallery, which represents Cattelan, and the Monnaie de Paris, a museum which staged a Cattelan retrospective in 2016. Paris seems to be the go-to place for suing artists. A recent case saw the artist Jeff Koons taken to court over IP infringement. Unfortunately, he has lost the case, and it is now in the process of appealing.

Maurizio Cattelan was born in Padua in 1960. Cattelan is admired for his satirical sense of humour, often conveyed through hyperrealistic sculpture. He takes inspiration from pop culture and history and his upbringing in twentieth-century Italy to make work that profoundly questions socially ingrained norms and expectations. Cattelan’s work has been shown in major institutions and museums around the world: he participated in 1993, 1997, 1999, 2001, 2003 and 2011 Venice Biennales as well the 2004 Whitney Biennial and was the subject of a 2011 retrospective titled “All” at the Solomon R. Guggenheim Museum in New York and a 2016 retrospective at La Monnaie de Paris. He has exhibited artworks at Tate Modern, Tate Britain, and the Royal Academy in London. The artist lives and works between Milan and New York.

Rules instated thirty years ago governing the Auction industry have been abolished in New York. The regulations were created to make the industry more transparent. As a result, auction houses will no longer need to be licenced from 15 June. The measures are part of a stimulus to kick start enterprises in the wake of the pandemic.

The previous rules were created to protect clients from fraud and manipulation by auction houses. This would mean that the companies no longer need to disclose information like whether they have a financial stake in the lots for sale or whether they have a lower estimate than the reserve. Chandelier bidding beyond the reserve, where auctioneers create interest in a lot by bidding for it themselves, will also be allowed under the new guidelines.

The major players, Sotheby’s, Christie’s and Phillip’s, have said they would continue to follow the old guidelines. “numerous auction locations around the world”, a spokeswoman for Sotheby’s says its “policies are consistent and designed to operate fairly on a global basis and in the best interests of our clients”. A spokesperson for Christie’s in New York says the firm did not advocate for the changes to the regulations and will “continue to operate as we have been”, adding: “Christie’s holds itself to the highest ethical standards.” Meanwhile, a spokeswoman for Phillips says: “Notwithstanding the repeal of the auction regulations, Phillips remains committed to conducting its auctions fairly, transparently, and in the best interest of our clients.”

This may work for the big three; however, it opens up a kettle of worms for the smaller players where self-regulation may not be such a good idea… 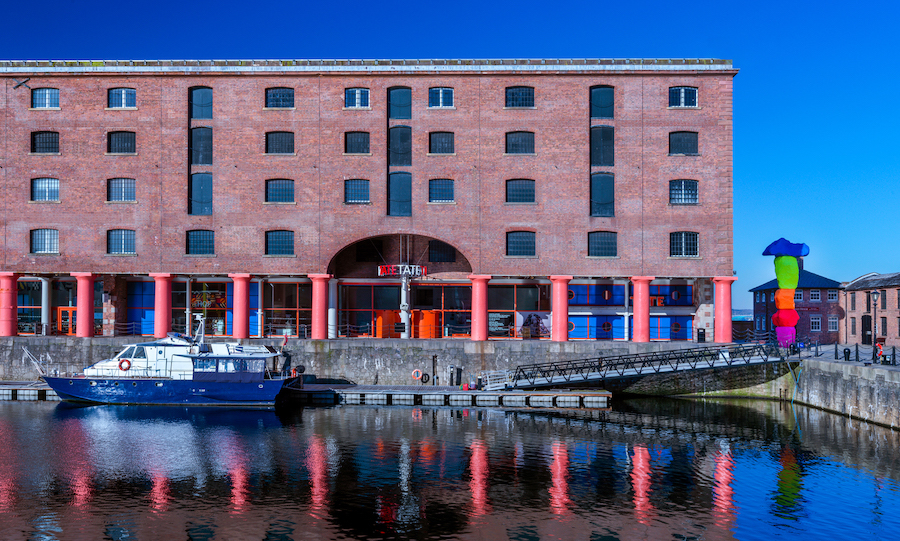 Tate Liverpool has revealed that 6a architects will lead the design for a significant reimagining of the landmark gallery on Royal Albert Dock Liverpool.

The firm won the tender to transform the renowned gallery’s spaces following an open competition that garnered applications worldwide.

The practice was chosen from a strong shortlist of Asif Khan architects, Feilden Clegg Bradley Studios, Witherford Watson Mann Architects and 6a architects.

Helen Legg, Director, Tate Liverpool, said: “I’m excited to embark on a journey with 6a to reimagine what Tate Liverpool can be and how it can best serve the needs of art, artists and our visitors into the future. 6a has an outstanding track record of reworking historic buildings, often with cultural organisations. I’m confident in their ability to deliver something exceptional with us in the coming years.”

6a architects was founded by Tom Emerson and Stephanie Macdonald in 2001. The practice has gained an international reputation for its cultural and educational projects, especially in sensitive historic environments. Drawing on social histories, construction traditions, contemporary art and landscape, projects emerge firmly rooted in their place.

Stephanie Macdonald, Founding Director at 6a architects, said: “We are thrilled to be appointed to design the next chapter of Tate Liverpool.
Liverpool has a unique spirit; Jesse Hartley’s original Royal Albert Dock was one of the most innovative buildings of the industrial revolution. Sir James Stirling’s transformation in the 1980s was a pioneer in the adaptive re-use of industrial heritage for public cultural use. Together they offer a great starting point to develop a new sustainable, social and accessible museum for the future. We are honoured to have the opportunity to work with Tate Liverpool to imagine how this great museum can once again offer artists and audiences a renewed experience of art reflecting the warmth and energy that this extraordinary city is known for.” Tate Liverpool is housed in an iconic 1846 warehouse that Sir James Stirling and Michael Wilford redesigned in the late 1980s as the cornerstone of the reinvention of the Royal Albert Dock. It helped establish Tate as a pioneer for arts-led regeneration in the UK.

Following a grant from the Government’s Levelling Up Fund, Tate will work with 6a to reimagine the gallery spaces to meet the scale and ambition of today’s most exciting artists. They will also develop social spaces that better connect with the city and its communities, creating an environment that is flexible and inviting and able to host people, art and ideas in equal measure.