Today is the last day to see The Horiuchi Foundation’s presentation of a series of photographs by Tomohiro Muda in an exhibition Icons of Time: Memories of the Tsunami that Struck Japan. The Japanese photographer’s first UK exhibition commemorates six years since Japan’s northeastern coast was hit by a powerful earthquake and tsunami on March 11, 2011. Icons of Time is being shown at the recently restored and reopened Fitzrovia Chapel, a stunning Grade II* listed building which was formerly the chapel of the old Middlesex Hospital. The exhibition also forms a satellite event for Photo London fair, which runs at Somerset House 17 – 21 May and be part of Fitzrovia Photo London Discovery Night, when the participating galleries in the fair will open till 8.30pm.

Icons of Time is a photographic record of artefacts left behind in the wake of the tsunami. After the disaster, Muda set out on a mission to photograph and document the conditions of the affected areas. His first attempt three weeks after the event was unsuccessful due to the overwhelming grief he experienced upon seeing the devastation. Around nine months later, he returned and photographed roughly 5000 items. Icons of Time features a small selection of these pictures. 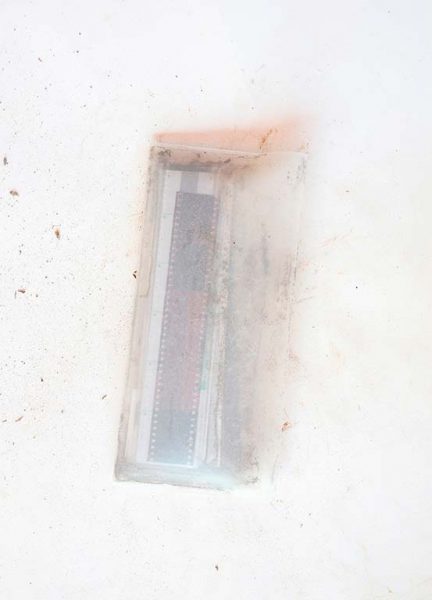 Tomohiro Muda says, “The objects featured in my works may appear to be mere debris, things abandoned by the tsunami, but they’re not. Each item belonged to someone and suggests the presence of someone who is no longer present. In this exhibition, these fragments tell stories of a post-tsunami landscape and allow us to imagine the activity in these areas before the tsunami.”

The Fitzrovia Chapel has an evocative history as the chapel for the old Middlesex Hospital, it was never consecrated but for decades was open to all as a space for quiet contemplation to patients, doctors, nurses and visitors. Today it is open once again to the community and will provide a beautifully reflective and thought-provoking setting for the exhibition.

Tomohiro Muda is a photographer based in Tokyo and was born in Nara Prefecture in 1956. In 1980, he graduated from Waseda University, and in 1982 began living in and photographing a Sherpa village in the Himalayas. Since his 1988 exhibition The Land of Sherpa, he has searched far and wide for the ‘primordial connection between humans, nature and space,’ and a variety of other phenomena, releasing them in exhibitions and books. His works have been exhibited widely in Japan and abroad. The Icons of Time exhibition has previously been shown in 2016 at the Japan Foundation Gallery, Sydney, Australia as part of Art Month Sydney, in 2014 at The Shoto Museum of Arts, Tokyo and in 2013 at Mitsuo Aida Museum, Tokyo.