Robert Ryman, a Minimalist who was known for his white paintings died last week at his home in Greenwich Village in Manhattan. He was 88.

For more than five decades, Robert Ryman was engaged in an ongoing experiment with painting. He continually sought to modify his approach, resisting the comfort of tendency and maintaining the freshness of unchartered territory. From each experience, Ryman gleaned the variables for a revised proposition and the impetus to propel him towards his next move. Since Ryman’s first solo exhibition in 1967, his work was the subject of over 100 solo exhibitions in 12 countries. 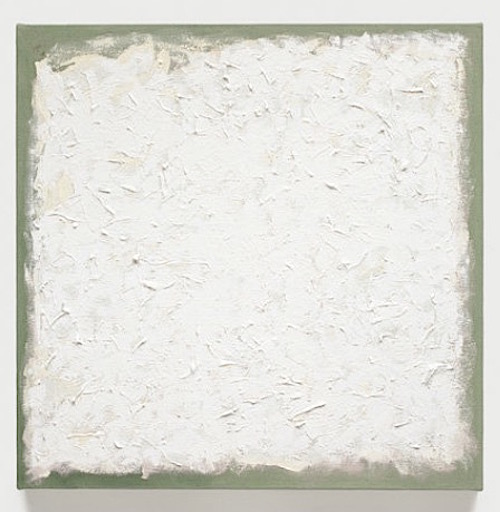 Ryman’s principal concern over the decades was the ontology of painted surface concerning its underlying support. He considered this relation to be highly performative in nature, often referring to the support as the “stage.” This ongoing investigation has yielded infinite visual possibilities without resort to images, implied spaces or manipulations of framing. In all his paintings the outer edges of the support are left bare and unpainted, so there is no doubt as to its equal importance. His works are typically square in format and use white paint laid over partially visible darker coloured grounds.

Ryman used a wide variety of paints since the 1950s, from gloss and semi-gloss to matte, from thin to viscous, and he handles them in many different ways to subtly nuanced effect. His supports range similarly, from industrial metal to linen to canvas, and finally to the wall itself. The wall, the light quality and the overall spatial confines each play an active role in the experience and meaning of Ryman’s works, whatever their size and no matter what the interaction between paint and support.

Ryman explored the nuanced effects of acrylic paint on aluminium. Textural variations serve as a map of the tools and gestures used in their making—crisscrossed grey patches of thick impasto contrast with silky, opaque squares and swathes of primary blue, yellow and teal. Sheer grey paint partially covers the aluminium surface, where muted fluctuations in saturation and shimmering glimpses of the raw support alter tone and texture. Looking at the surface of these paintings is to become totally immersed in their compositions, interplay of gestures, and improvisations.

Robert Ryman was born in Nashville, Tennessee in 1930. He studied at the Tennessee Polytechnic Institute and the George Peabody College for Teachers, Nashville. He began to paint while working as a guard at the Museum of Modern Art, New York in 1953. Solo exhibitions include the Dia Art Foundation (1988); “Robert Ryman,” The Tate Gallery, London (1993, travelled to the Centro de Arte Reina Sofia, Madrid, the San Francisco Museum of Modern Art, and the Walker Art Center, Minneapolis through 1994); and “Robert Ryman at Inverleith House,” Royal Botanic Garden, Edinburgh Scotland (2006). His work has been included in Documenta (1972, 1977 and 1982); the Venice Biennale (1976, 1978, 1980); the Whitney Biennial (1977, 1987, 1995); and the Carnegie International (1985, 1988). A permanent installation of Ryman’s paintings opened at Dia: Beacon in 2003. Ryman lived and worked in New York and Pennsylvania. The cause of his death is unknown.