Two cut-outs by the Post Impressionist artist Henri Matisse ‘White Palm on Red’ and ‘Green Snail on Blue’, valued at $4.5 million are to be returned to the Heirs of the artist. The works were spotted in an auction at Sotheby’s New York in 2008. The family stated that the collages were unlawfully removed from a storage lock-up in Paris along with hundreds of other works, some still missing.

“This case will be considered a test for all works of dubious origin”, said the artist’s great-grandson Georges Matisse.

In 1972 Pierre Matisse, the son of the artist had stored the artworks at a warehouse property owned by Lefebvre-Foinet, the highly regarded art supply shop. After Pierre’s death in 1989, suspicions were aroused when one of the artworks was offered for sale at a Paris auction. Many of the lost works were recovered from family and friends of Lefebvre. 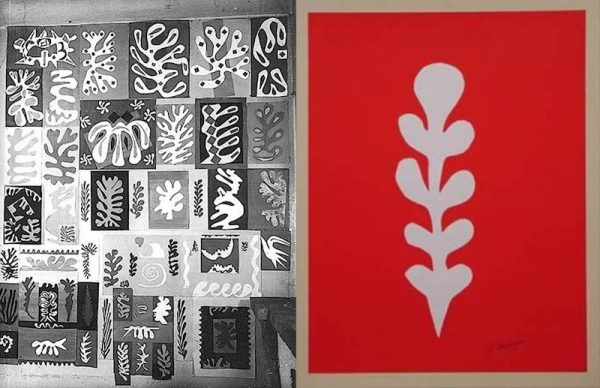 Wanda de Guebriant, a Matisse expert, refused to authenticate the cutouts for Sotheby’s. They bore a provenance from the Paris art dealer, Jérôme Le Blay, who stated that he purchased the works from the Lefebvre’s collection in the 1960s. De Guebriant ascertained that the works were most likely in Pierre Matisse’s apartment in Nice during this period. Le Blay stated that the cut-outs were bought in good faith from the widow of a local butcher who was friendly with Josette Lefebvre, heiress to the Lefebvre family. But now both the reputation of the Lefebvre Family and the dealer Jérôme Le Blay is in tatters.

The Hong-Kong owned company, Rozven, representing the seller, of the cut-outs sued Georges Matisse for the cancellation of the auction. The case was dismissed by a court in Nanterre in 2010. The court stated that “Rozven’s refusal to provide provenance for the works meant this development was solely responsible for the cancellation of the sale”. The case was appealed in July 2017 and Rozven’s lawyers attested that “no one denied the authenticity of the works”. This had no prejudice on the fact that the provenance was questionable.

The Matisse family have now won the long-running case, and the works of art will be returned to the family if an appeal isn’t lodged.