Art Fund has announced their shortlist of five UK museums selected as finalists for Art Fund Museum of the Year 2018, the world’s largest and most prestigious prize for museums.

The winning museum, which will receive £100,000, will be announced at a ceremony at the Victoria and Albert Museum in London on Thursday 5 July 2018. The other four shortlisted museums will receive £10,000 each in recognition of their achievements.

Art Fund awards the Museum of the Year prize annually to one outstanding museum, which, in the opinion of the judges, has shown exceptional imagination, innovation and achievement in the preceding year. This year’s jury, chaired by Stephen Deuchar, comprises: Ian Blatchford, director of the Science Museum Group; Rebecca Jones, BBC arts correspondent; Melanie Manchot, artist; and Monisha Shah, independent media consultant and Art Fund trustee.

Speaking on behalf of the jury, Stephen Deuchar, director, Art Fund, said: ‘Above all, Art Fund Museum of the Year is a prize for exceptional originality and innovation. Each of our five finalists has tapped into very current concerns: the progress of Glasgow Women’s Library exemplifies the quickening march towards equality; the Postal Museum addresses our first social network; Brooklands is inspiring the next generation of engineers; and the Ferens Art Gallery in Hull and Tate St Ives are galvanising their communities around visual culture. Each one expands the very idea of what a museum can be. I would encourage everyone to see and experience them first-hand.’ 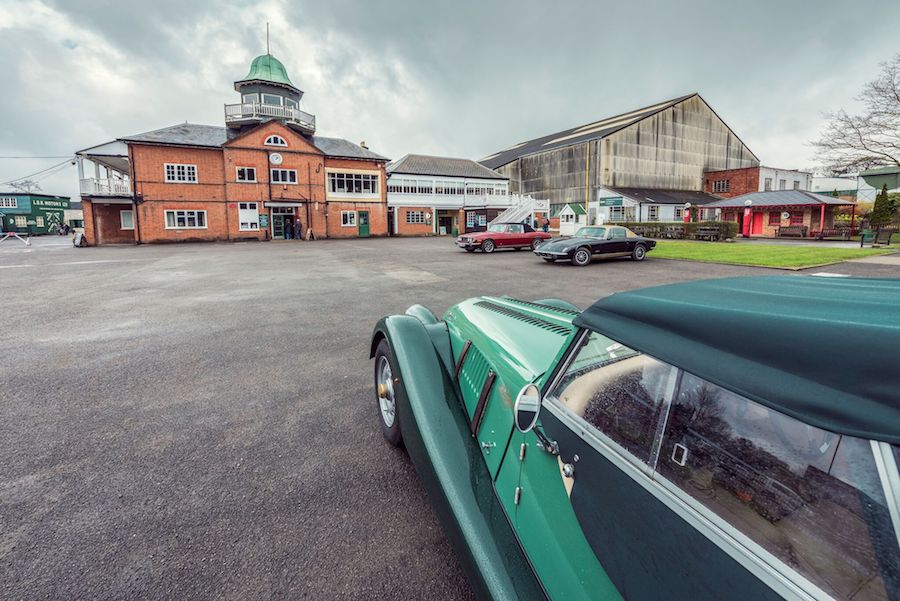 Brooklands was the world’s first purpose-built motor racing circuit, home to the most important British pre-Second World War motorsport events, and the most prolific aircraft manufacturing site in Europe. The museum recently completed the most radical development of its historic site since opening 27 years ago. It has transformed its Grade II-listed Bellman hangar into the Brooklands Aircraft Factory and constructed a new Flight Shed to tell the story of 80 years of aviation design, testing and manufacture on the Brooklands site, from the early pioneers to the supersonic Concorde. Visitors to the museum are immersed in historic buildings which house an extensive collection relating to the pre-war years when Brooklands was the preeminent motor racing venue in Britain and a key part of the society calendar. The Race Track’s Finishing Straight was restored in 2017 and on event days the atmosphere is of Brooklands’ heyday comes alive as vintage cars are again put through their paces. Along with all this, the museum explores some of the critical developments of the 20th century in engineering, air travel, industry and society and inspires young people to consider careers in science and engineering. 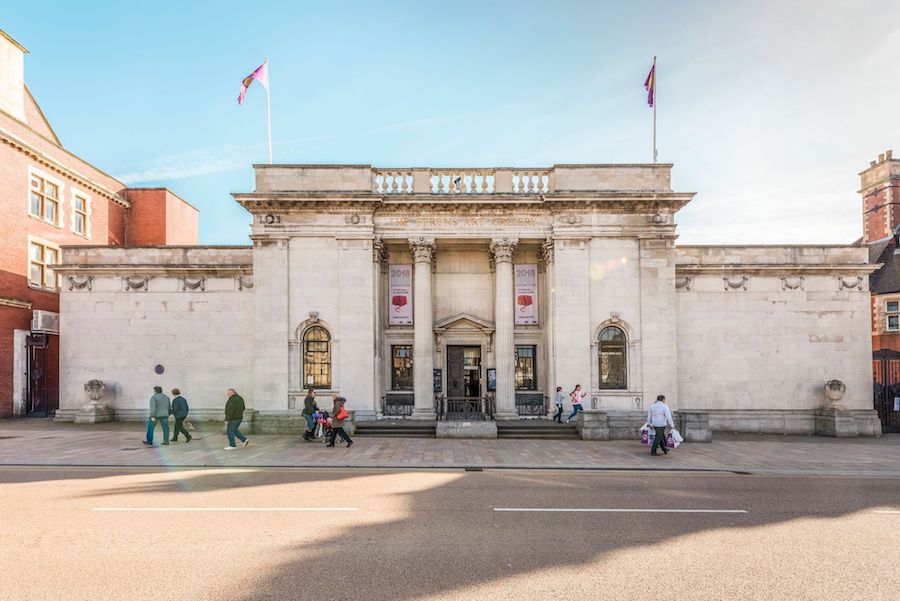 As Hull celebrated UK City of Culture in 2017, the Ferens Art Gallery was at its very heart. The building and collection, founded by local industrialist TR Ferens in 1927, has recently undergone a £5.2 million refurbishment of the galleries and a complete rehang of the collection in time for its January 2017 reopening.Major loans of works by artists from JMW Turner to Francis Bacon were displayed alongside new artist commissions – such as Spencer Tunick’s Sea of Hull – and the gallery hosted the Turner Prize for the first time. As a result, last year the gallery more than trebled its visitor figures to welcome over 500,000 people from Hull and beyond. The gallery also trialled a new digital submission process for its annual Open Exhibition, and, to help grow the audiences of the future, opened a space dedicated to exploring art with families and under-fives. 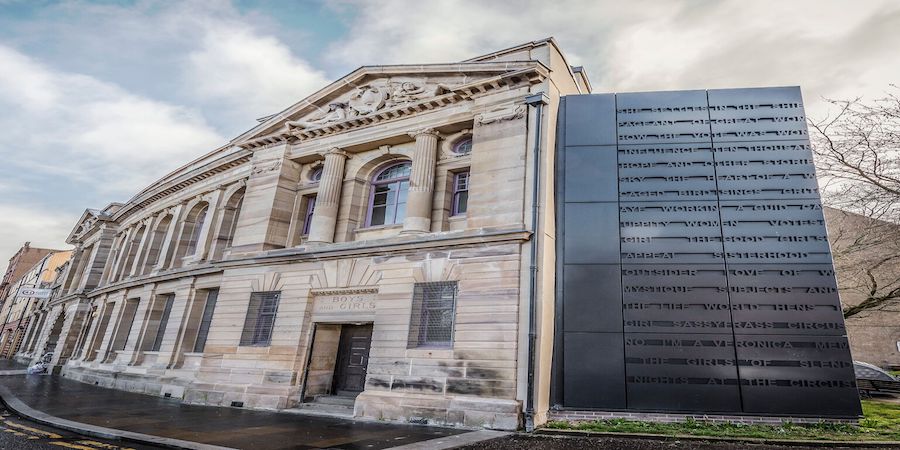 The UK’s only accredited museum dedicated to women’s history, Glasgow Women’s Library (GWL) was established 26 years ago in a small shopfront with no funding, and has grown into a multi-award-winning resource, recently completing a £1.8m refurbishment of its Grade B listed building in the east end of the city. Its 25th-anniversary programme raised the museum’s profile to the extent that visitor numbers doubled. All the exhibits, from suffragette memorabilia to knitting patterns, have been donated, and local women from diverse communities are part of a project involving Community Curators to create new permanent displays following renovations. GWL has also commissioned artists to develop new work responding to the collection – Linder Sterling’s GWL project launched this year’s Glasgow International Festival of Visual Arts – and they are developing work on equality and social inclusion that can be shared with other museums. 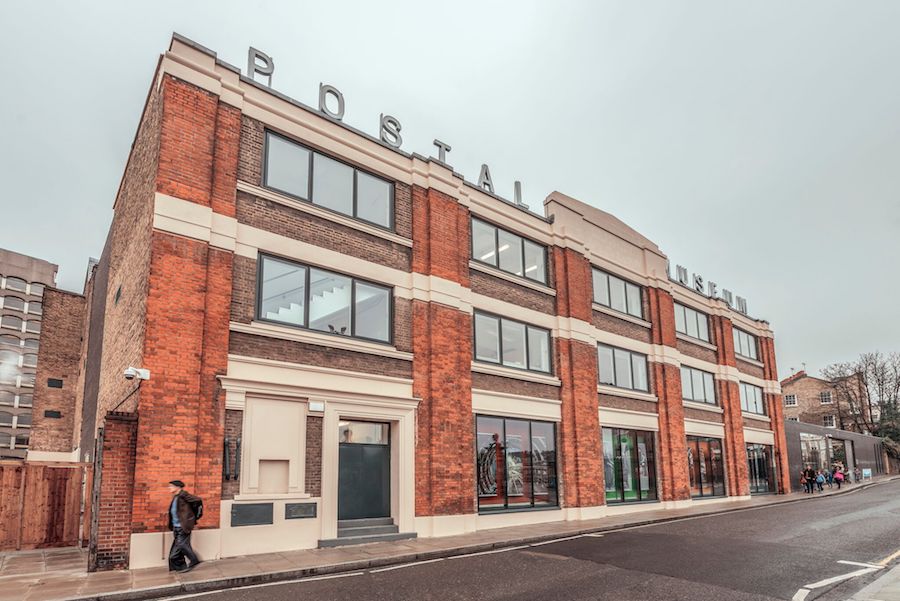 Telling the social history of one of Britain’s most famous inventions, the post, The Postal Museum has transformed from an archive with 3,000 visitors to a national museum looking at the impact of mail on our society; the story of the earliest social network. Since opening six months ago, 75,000 visitors have poured through the doors to explore the museum’s two interactive exhibition galleries, dedicated learning space and discovery room, and Mail Rail: a subterranean train ride that follows London’s 100-year-old underground postal rail network. The museum’s remarkable and quirky collections, which span five centuries, include the Royal Mail Archive, postal uniforms, pillar boxes, postal vehicles, and a huge collection of stamps. 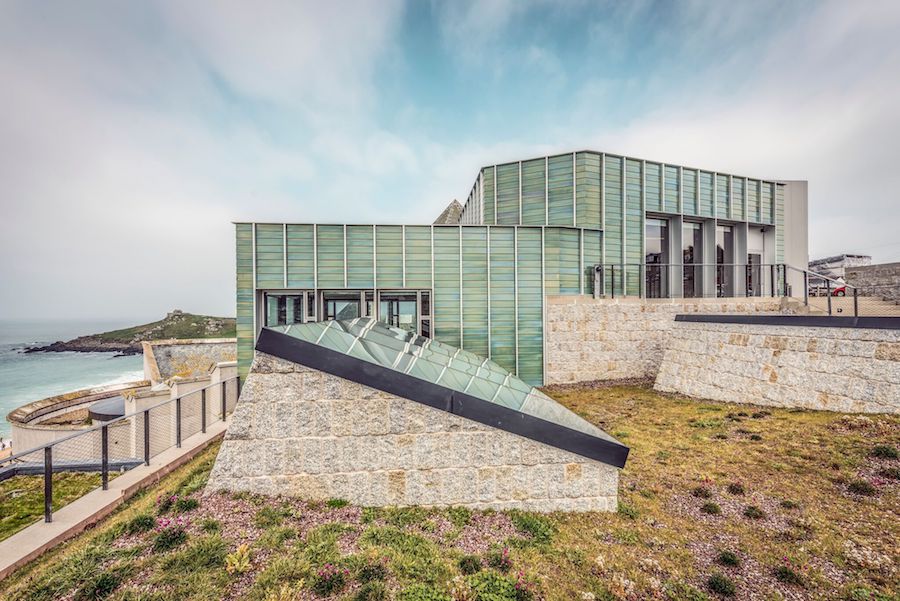 Celebrating the important contribution of 20th-century artists who lived and worked in Cornwall, Tate St Ives reopened in October last year following a £20 million refurbishment of its galleries and the addition of an elegant new extension. An impressive 11,000 visitors attended the opening weekend. New spaces for display and learning have opened up the collection and the archives, allowing year-round access for the first time to works by artists who were inspired by the unique qualities of Cornwall’s light and landscape – including Barbara Hepworth, Ben Nicholson and Peter Lanyon, as well as international figures Piet Mondrian, Naum Gabo and Paule Vézelay. A renewed engagement with the local community, who played a central role in the 12-year consultation which informed the gallery’s architectural scheme, has meant that more than 7,000 people have registered for the new annual St Ives Locals Pass.

Stephen Deuchar (Chair)
Director of Art Fund since 2010, Stephen Deuchar has chaired the judging panel since 2013. Before joining Art Fund, Stephen was the first director of Tate Britain (1998-2010), having previously spent 12 years as a curator then Exhibitions Director at the National Maritime Museum, Greenwich.

Ian Blatchford
Director of the Science Museum Group since 2010, Ian Blatchford began his career in the City before joining Arts Council England and later the Royal Academy of Arts in senior finance roles. Prior to joining the Science Museum Group, he was Deputy Director of the Victoria and Albert Museum, having joined the museum in 2002 as Director of Finance and Resources. Ian is chairman of the National Museum Directors’ Council. He is also Chairman of the Board of De Montfort University and sits on the international advisory board of the Museum of Tomorrow in Rio de Janeiro. He was awarded the Pushkin Medal in 2015.

Rebecca Jones
Rebecca Jones is BBC’s Arts Correspondent, covering arts stories across BBC Radio, TV and Online. She is also a presenter on the BBC News Channel as well as being a regular presenter of the programmes Meet the Author and Talking Books. Previously Rebecca has worked as a foreign correspondent for the BBC, based in Berlin. She has also worked in regional television, presenting the nightly news programme at Anglia. She has been a judge of the Costa Book Awards and is a former trustee of the Barber Institute of Fine Arts. She has also served on the Board of Birmingham Royal Ballet.

Melanie Manchot
Artist Melanie Manchot works with photography, video, film, sound and performance. She has exhibited internationally and her work can be found in important public and private collections including the Arts Council Collection and Brooklyn Museum, New York. For Art Night 2017, she produced ‘Dance (All Night, London)’, a performance and multi-channel video work. Recent solo exhibitions include Towner Art Gallery, Eastbourne (2016), Bloomberg Space and fig-2 at the ICA, London (both 2015), Toronto Photography Festival (2012), and Whitechapel Gallery, London (2010). In 2017 she was shortlisted for the Jarman Award.

Monisha Shah
An Art Fund trustee since summer 2017, Monisha Shah is Chair of Rose Bruford College of Theatre and Performance, among many other roles. She has served as a trustee of Tate from 2007 to 2015, of the National Gallery from 2013 to 2015 and has served on the Boards of the Foundling Museum and Art UK. Monisha’s last executive role was with BBC Worldwide, where she worked for 10 years as Director of Sales for Emerging Markets, including Europe, the Middle East, India and Africa.

The winner of Art Fund Museum of the Year 2018 will be a truly visionary organisation – one that readily rethinks established ways of working, and offers great quality and ingenuity in all its activities. Art Fund has supported Museum of the Year since 2008. Its forerunner was the Prize for Museums and Galleries, administered by the Museum Prize Trust and sponsored by the Calouste Gulbenkian Foundation from 2003-2007. The prize champions what museums do, encourages more people to visit and gets to the heart of what makes a truly outstanding public facility. The judges present the prize to the museum or gallery that has shown how their achievements of the preceding year stand out, demonstrated what makes their work innovative, and the impact it has had on audiences. These achievements might include: