David Nahmad has incurred another setback in his legal battle to keep a disputed Amedeo Modigliani painting titled ‘Seated Man with a Cane’ (1918). The masterpiece was purchased from Christie’s, London, in June 1996 for $3.2m but has since been involved in a Nazi restitution case. A New York State judge has now denied the art dealing family a motion to dismiss the case  (Wednesday 18 April).

The 40-page decision from Judge Eileen Bransten ruled that the case would be “considered under New York law because it had a greater interest in protecting its art market from trafficking in stolen art.” “New York is not and shall not become a safe harbour for [stolen art] during Nazi genocide”, she said. 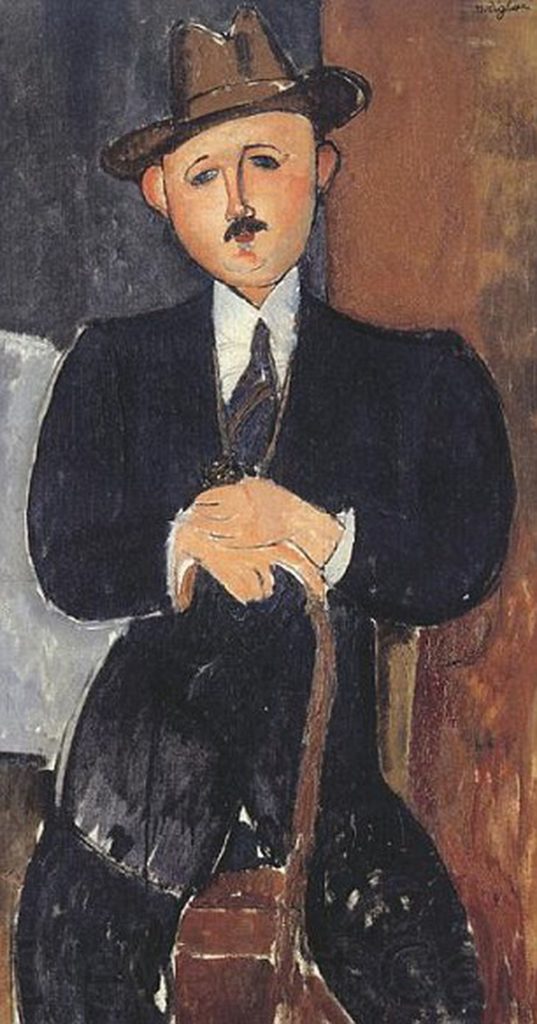 Back in 2014, Artlyst reported that Amedeo Modigliani’s Seated Man with a Cane, a 1918 was allegedly stolen by the Nazis from Oscar Stettiner, a prominent Paris gallerist. The painting was involved in a dispute by the heir to Mr Stettiner’s estate one Phillippe Maestracci. In 1939. Stettiner escaped Paris leaving the painting behind. The work was confiscated by Marcel Philippon, who was appointed by the Nazis to sell the Stettiner property.

The prominent art dealer David Nahmad is now being sued by relatives of the descendants of Oscar Stettiner for the return of the masterpiece. Mr Nahmad previously stated that he wasn’t the owner of the painting, but It came to light through the leaked Panama Papers that Mr Nahmad was indeed the owner of the contentious Modigliani. Swiss prosecutors later raided a storage facility in Geneva holding the painting. It was identified as belonging to David Nahmad. Prosecutor Claudio Mascotto launched the search for the painting at a unit belonging to art storage company Rodolphe Haller at Ports Francs Geneva, as he believed the $25 million artwork to be inside. As part of the case, investigators on Friday entered the facilities at the Geneva Free Ports and confiscated the painting.

Lawyers for the Nahmad family stated in 2014 that Mr Nahmad never owned “Seated Man with a Cane” by Modigliani. The billionaire New York art dealing family said the painting was owned by the International Art Center (IAC) and that the Nahmad Gallery have never owned the work. However, lawyers for Philippe Maestracci have revealed Modigliani’s Seated Man with a Cane, is owned by an offshore company used by the Nahmads as a cover for their interests in works of art, most of which are kept in an art storage facility, in tax-free Geneva.

The painting has been publicly displayed at museums and galleries around the world. A Christie’s catalogue states as provenance that the masterpiece belonged to Roger Dutilleul a Paris collector who sold it to J. Livengood, in Paris, around 1940 to 1945, however, holes in the provenance have now appeared, including the exhibiting of the picture at the Venice Biennial in 1930. In November 2008, the work was consigned by the Nahmads to Sotheby’s, where it went unsold in a high profile sale. Sotheby’s raised the possibility that the work was stolen by the Nazis at which time the Nahmads allegedly moved the painting to Switzerland. Back in 2014, Richard Golub, the Nahmads’ lawyer, called these claims “totally false”.