Stronger measures to return Nazi-looted art to its original owners will be called for by the UK Government at the first European conference dedicated to the issue in five years. Hundreds of experts from the UK, Germany, France, Holland, Austria and across the globe will gather in London in September for The Conference ‘70 Years and Counting: The final opportunity?’ It aims to strengthen partnerships, build greater cooperation on spoliation and examine how the process of returning stolen artworks can be accelerated.

The conference comes as the Government strengthens its commitment to these issues by announcing that it will seek to extend the UK’s Holocaust (Return of Cultural Objects) Act, which gives national museums powers to return works of art found to be looted during the Third Reich.

John Glen, Minister for Arts, Heritage and Tourism said: More than 70 years after the end of the Second World War, some families are still waiting for their cultural property to be returned. We want countries from across the continent to help right this historic wrong.

I hope this conference will raise awareness of this important issue and help to reunite people with their precious heirlooms. Our plans to renew the Holocaust Act underline our commitment to building a fairer society and we will do everything in our power to return Nazi-looted art to its rightful owners.

The Act expires on 11 November 2019 and the Government will seek to renew the powers indefinitely. 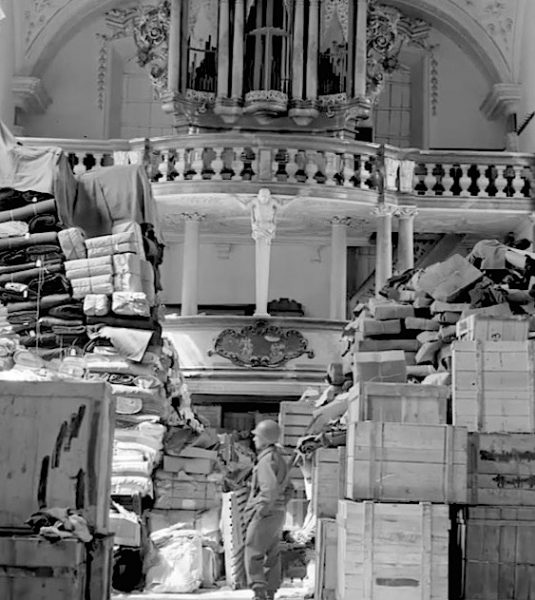 It is estimated that 20 per cent of Europe’s cultural treasures were stolen or plundered by Nazi Germany, most notably from Jewish families, and over 100,000 of these works are still lost, presumed to be in both private and public collections.

The Holocaust (Return of Cultural Objects) Act 2009, gave 17 UK national institutions, including the British Museum and the National Gallery, the power to return items lost during the Nazi era to their original owners or their heirs. Before the Act came into force in 2009, the governing rules of national museums prevented them from disposing of such items in their collections.

The UK is a world-leader in providing solutions to this issue and its national museums have undertaken detailed research of their collections to identify objects with uncertain provenance between the years 1933-1945. This research is held on a recently-upgraded database which is actively maintained by editors from the 47 contributing UK museums, coordinated by Collections Trust on behalf of Arts Council England.

In 2000, the UK Government established the Spoliation Advisory Panel to examine claims for Nazi-looted art in British collections. Since then the Panel has advised on 20 such claims and 23 cultural objects have either been returned to families or they have received compensation.

It is only right that we offer fair and just solutions to those who lost art looted by the Nazis during and before World War II.

The Panel has been an integral part of that process since the millennium and we welcome the Government’s intention that it should continue. We also look forward to joining our European counterparts to discuss these issues and their significance for Europe and the rest of the world today in London this autumn.

Anne Webber who is Co-Chair of the Commission for Looted Art in Europe alongside David Lewis, said: Almost 20 years since the commitments made by 44 countries at the 1998 Washington Conference on Holocaust-Era Assets, little provenance research has been completed or published and few fair and equitable claims processes have been established.

Although many of the survivors are now passing away, their children and heirs still urgently seek the transparency, accountability and justice that was promised, and the restitution of what was taken and never returned. We welcome the UK government’s strengthening of its commitment to return, and its determination to renew and revitalise these international imperatives.