The 2017 Hamlyn Awards for Visual Artists and Composers have been announced by the Paul Hamlyn Foundation, with Jane Hamlyn, Chair and Jarvis Cocker presenting the prizes. This is a £60k prize awarded to each Visual and Music candidate. The gala reception hosted at the Foundation’s offices in London took place on Thursday 9 November. It saw around two hundred invited guests from across the arts sector treated to one of Jarvis Cocker’s “fabled Power-Point presentations” on creativity.

The awards were attended by such illustrate luminaries as Sir Nicholas Serota, Head of ACE, Liverpool Biennial’s Sally Tallant, Jenny Lomax, James Lingwood, Michael Morris and of course Jarvis Cocker. Launched in 1994, Awards for Artists supports visual artists and composers at a pivotal moment in their careers, whether they are in their twenties or their seventies. 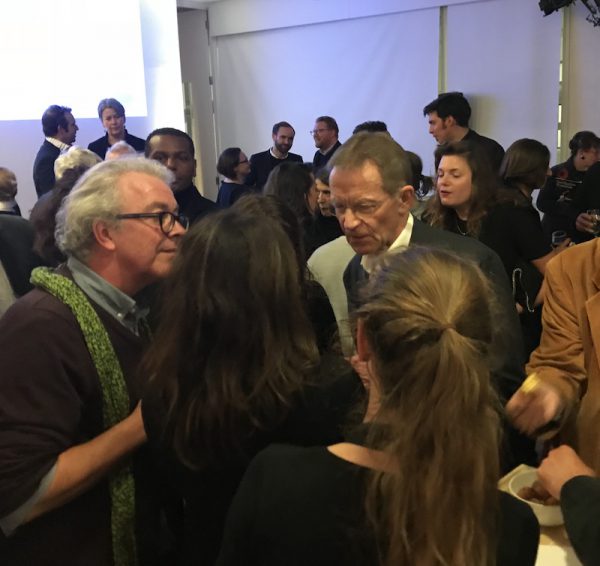 Jane Hamlyn stated “Artists and composers are incredibly resourceful individuals – and they have to be. It’s not easy making ends meet whilst finding time to reflect and experiment. The Paul Hamlyn Foundation awards gives ten exceptional individuals the time and space they need.”

Jarvis Cocker said, “It gives me great pleasure to be involved in the annual Paul Hamlyn Foundation Awards for Artists. Paul Hamlyn’s original determination to bring quality books to a mass audience, and thus bring culture to all, feels somewhat heroic in these divisive (and divided) times. The award that bears his name carries on this tradition: providing meaningful funds to artists at a time they really need it. Enabling people at all stages of their careers, and from all different backgrounds, to create work. Work that then enriches the lives of all of us.”

At £60,000 for each artist with no strings attached, the awards are the most generous in the UK and are designed to give artists the time and freedom to develop their creative ideas. Each award has increased by £10,000 from £50,000 in previous years, in acknowledgement of the increasing costs of living in the UK. The number of recipients has also increased to ten, with two more composer awards. The overall value of Paul Hamlyn Foundation’s financial commitment to these talented individuals has risen from £400,000 per annum to £600,000.

Moira Sinclair, Chief Executive of the Foundation, commented: “We know from our relationships across the UK and from our research that there is no shortage of flair amongst composers and visual artists. Indeed, we are now reaching a more extensive range of composers across genres than when we first introduced the awards and we are recognising that breadth and diversity in the decision to increase the number of awards we make from this year. With a diminishing commercial market for music and the low value of commissions for all artists, it is harder to afford the time and space for creativity to flourish. We hope that the increase in the award value will, in a substantive way, counterbalance the pressures artists face today.”