According to the Financial Times, the market in NFTs (non-fungible tokens), an unregulated form of digital art and collectables, is now approaching the combined global art trade year end total. The value of trade for NFTs was estimated to be worth $40.9bn last year, according to calculations by blockchain data firm Chainalysis.

The NFT boom has created a network of companies, the largest, Opensea, is valued at £9.8B ($13.3B). This platform helps monitor trade in NFTs. These digital codes are ‘apparently’ unique, leading to the ability to edition the artworks created mainly by graphic designers and comic artists. The most popular “Bored Ape” seems to have caught the attention of celebrities like M&M, who paid $450k for a likeness of himself.

“In 2021, we saw the world awaken to the idea that NFTs represent the basic building blocks for the brand new peer-to-peer economy,” Devin Finzer, who co-founded OpenSea in 2017, stated in an interview.

Crypto-businesses are filling a shortage of places for investors to hide their money in a mainly unregulated network of corporations. OpenSea said it would “look to bring NFTs to a broad consumer audience this year” and reduce their “barriers to entry”. 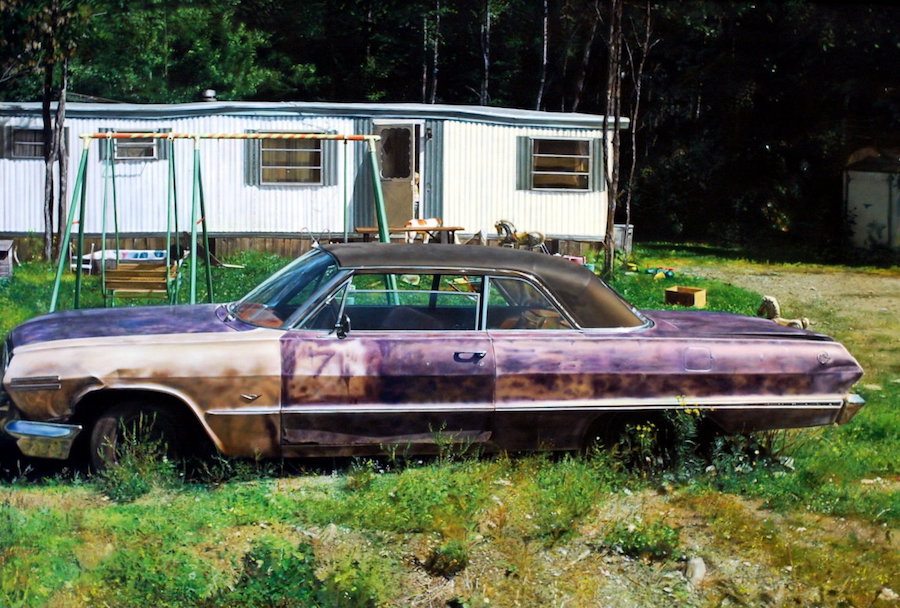 One of the best known first wave Photorealist painters, John Salt, has died age 84. Salt was born and brought up in the Sheldon district of Birmingham. His father was a motor repair garage owner whose stepfather had been a sign and auto painter. As a young boy, Salt was encouraged to draw and paint, and at the age of fifteen, he gained admittance to the Birmingham School of Art, where he studied from 1952 to 1958. Then, from 1958 until 1960, he looked at the Slade School of Art in London, where he was mainly influenced by the English artist Malcolm Morley and American Pop Art figures such as James Rosenquist.

Salt was British, living in the US and closely associated with Richard Estes and Ralph Goings. He was a master of the everyday, subjective, painting mobile homes and vintage cars, often in semi-rural settings.

His slick style made it difficult to differentiate his work from an actual photograph. He chose the photograph as his subject matter above the content as there was no preconceived idea of how it should be represented.

Salt joined Ivan Karp at OK Harris Gallery in Soho, New York, in 1970, staying with the gallery for 25 years and later the Louis K Meisel Gallery when Karp closed the business.

His gallery said, “He continued painting until 2018 when failing health – including dementia and parkinsonism – began to take its toll. He leaves a body of work that, according to Linda Chase, author of John Salt: The Complete Works 1969-2006 (2007), “transmogrifies the ugly into the beautiful, the discarded into the treasured, and gives us new eyes with which to view and appreciate our world. These paintings impress with their mastery and verisimilitude but continue to engage with their mystery.” 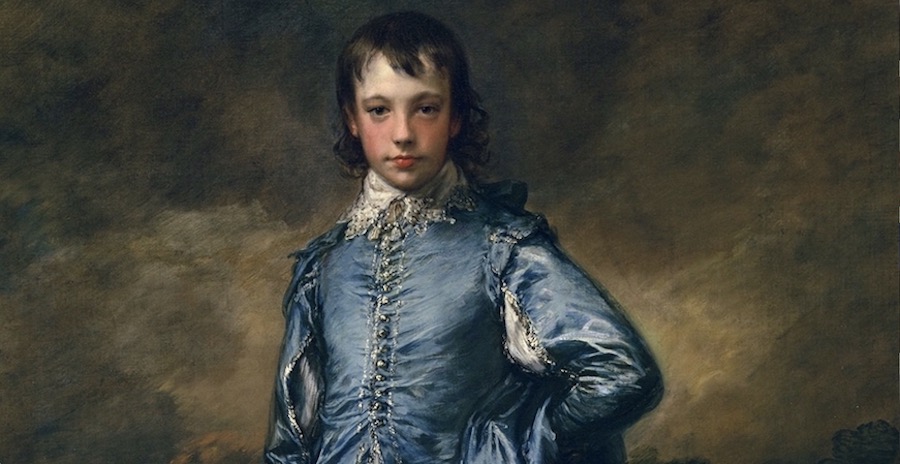 One hundred years after its last public appearance in the UK, The Blue Boy by Thomas Gainsborough will return to the National Gallery.

The Blue Boy was once the most famous painting in the world. But, since it was allowed to leave the UK under far more lenient export laws, it has not been shown in a UK museum. This unique exhibit marks 100 years since The Blue Boy was last seen in the country, returning an iconic British painting to its country of origin.

In 1921, the news that The Blue Boy was to depart permanently for the United States after being purchased by rail and property businessman Henry E. Huntington elicited an emotional public response. As a result, the National Gallery’s then Director Charles Holmes wrote ‘Au Revoir on the painting’s reverse, hoping that the image would return one day. Now that dream is coming true as the artwork is generously lent to the Gallery for an exceptional free exhibition.

The painting has recently undergone extensive conservation work which was on view to the public visiting the Huntington.