Olafur Eliasson working in collaboration with leading geologist Minik Rosing, is exhibiting blocks of melting ice, one in front of Tate Modern and another outside Bloomberg’s London headquarters to create the significant artwork, Ice Watch. Ice Watch will serve as a visceral reminder of the impact of climate change.

Launching on Tuesday 11 December 2018, to coincide with the meeting of world leaders at the COP24 climate change conference in Katowice, Poland

Ice Watch aims to inspire public action against climate change at this critical time. This installation follows a landmark report published by the Intergovernmental Panel on Climate Change (IPCC) on 8 October 2018, which warned that we have only 12 years to limit the worst effects of climate change. 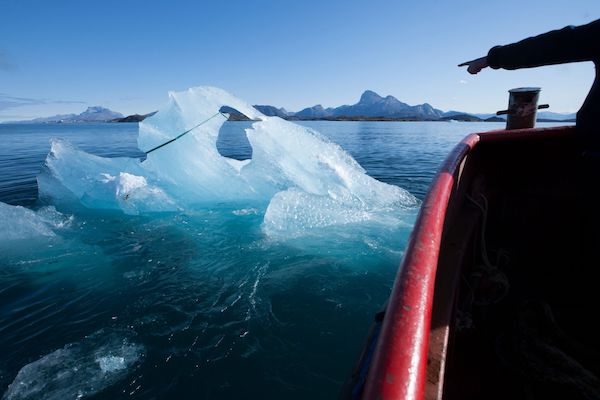 The blocks of ice were taken out of the waters of the Nuup Kangerlua fjord in Greenland where they were melting into the ocean after having been lost from the ice sheet. In London, 24 blocks will be arranged in a circular grove on Bankside outside Tate Modern, where a significant exhibition of Eliasson’s work will open in July 2019, and six additional blocks will be on display in the heart of the City of London outside Bloomberg’s European headquarters. As the ice gradually thaws, members of the public will have an opportunity to encounter the tangible effects of climate change and feeling the ice melt away.

“It is clear that we have only a short period to limit the extreme effects of climate change,” said Olafur Eliasson. “By enabling people to experience and actually touch the blocks of ice in this project, I hope we will connect people to their surroundings in a deeper way and inspire radical change. We must recognise that together we have the power to take individual actions and to push for systemic change. Let’s transform climate knowledge into climate action.”

“I am delighted this important work is coming to London, building on our rich heritage of public art and demonstrating our ongoing commitment to making London a greener, more sustainable city,” said Justine Simons, Deputy Mayor for Culture and the Creative Industries. “London has always been unafraid to blaze a trail, and the Mayor has set us the ambitious target of becoming a zero-carbon city. This sculpture will capture the imagination and help Londoners of all ages to understand first-hand the environmental challenges we all face.”

“Since 2015, the melting of ice in Greenland has raised global sea level by 2.5 mm. Since the discovery of the greenhouse effect in 1896, global temperatures have increased more than one degree Celsius. Earth is changing at an ever-increasing speed,” said Minik Rosing “The foundation of human civilisation withers away while Greenland melts. Everyone can observe it, most can understand it, and nobody can avoid it. Science and technology have made it possible for us to destabilise Earth’s climate, but now that we understand the mechanisms behind these changes, we have the power to prevent them from growing.” 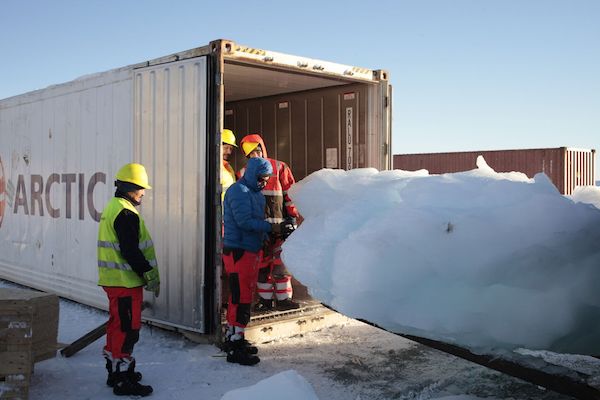 Ice Watch London is the third iteration of the Ice Watch artwork, with each instalment timed to coincide with a global climate change event. The first instalment opened in 2014 outside Copenhagen’s City Hall to mark the publication of the UN Fifth Assessment Report on Climate Change by the IPCC. In 2015, Ice Watch Paris at the Place du Panthéon accompanied the 2015 COP 21 talks that led to the Paris Climate Agreement.

Ice Watch London will be Eliasson’s first temporary sculpture for the capital and builds on his history of promoting climate change awareness and sustainable energy. His Little Sun project provides portable, solar-powered lamps to families, refugees, and local entrepreneurs in off-grid communities. The lamps are especially useful in households where electricity is scarce or unavailable and priced affordably for families currently using costly and toxic kerosene for their lighting.

Depending on weather conditions, Ice Watch is expected to be on view in London until Friday, 21 December 2018. Any remaining ice will then be taken to local community and cultural institutions as part of an extended educational programme.

Studio Olafur Eliasson is partnering with Julie’s Bicycle to understand and minimise the environmental impacts produced by Ice Watch. A full carbon footprint will be produced on completion of the project.

Olafur Eliasson’s art is driven by his interests in perception, movement, embodied experience, and feelings of self. Art, for him, is a crucial means for turning thinking into doing in the world. Well-known for his 2003 installation The weather project, at Tate Modern London, which was seen by over two million visitors, Eliasson works in a range of media that spans sculpture, painting, photography, film, and installation. Not limited to the confines of the museum and gallery, his practice engages the broader public sphere through architectural projects, interventions in civic space, arts education, policy-making, and issues of sustainability and climate change. In 2012, Eliasson and engineer Frederik Ottesen founded the social business Little Sun, which encourages sustainable development through sales of Little Sun solar-powered lamps and chargers (littlesun.com). Eliasson and architect Sebastian Behmann founded Studio Other Spaces, an international office for art and architecture, in Berlin in 2014 (studiootherspaces.net).

Depending on weather conditions, Ice Watch is expected to be on view in London until Friday, 21 December 2018. Any remaining ice will then be taken to local community and cultural institutions as part of an extended educational programme.