Oriel College in Oxford, the epicenter for recent student protests, has announced that they will remove the controversial statue of the racist/imperialist Cecil Rhodes. The governors of the Oxford University college voted on Wednesday night to relocate the statue of the colonialist to a museum. Last week Louise Richardson, the vice chancellor of Oxford University, warned against “hiding” history, rather than confronting the values held by people in the past. Now the college is under pressure to rename the high profile Rhodes Scholarship.

Rhodes was one of the people who helped prepare the way for apartheid in South Africa. He also has a scholarship (Rhodes Scholarship) named after him. Several Influential people have been awarded this scholarship including Bill Clinton. He is considered one of the most prominent British imperialists of the 19th century, founded the nation of Rhodesia—now Zimbabwe and Zambia—as well as the de Beers diamond company, and was  Prime Minister of the Cape Colony from 1890 to 1896. He spoke about the supremacy of Anglo-Saxons and, as prime minister, restricted black rights. 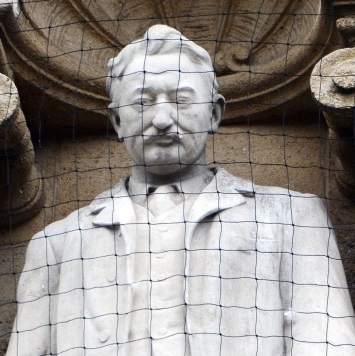 The Rhodes Scholarship is an international postgraduate award for students to study at the University of Oxford. It was established in 1902, and soon became the most famous of numerous international scholarship programs. The founder diamond magnate Cecil John Rhodes wanted to promote unity between English-speaking nations and instill a sense of civic-minded leadership and moral fortitude in future leaders irrespective of their chosen career paths. Although initially restricted to male applicants from countries that are today within the British Commonwealth, as well as Germany and the United States, today the scholarship is open to applicants from all backgrounds and from across the globe Since its creation, controversy has surrounded its former exclusion of women (thus leading to the establishment of the co-educational Marshall Scholarship).

The removal is not expected to be immediate – as the college says there will need to be consultations over planning regulations.

The governors said the decision had been reached “after a thoughtful period of debate and reflection” – and in “full awareness of the impact these decisions are likely to have in Britain and around the world”.

Oriel College is to launch an “independent commission of inquiry” into the legacy of Cecil Rhodes, which also includes scholarships at the university. The commission, to be headed by Carole Souter, will also consider wider issues, such as support for black and ethnic minority students and a commitment to “diversity”.

The fate of the statue has divided opinion. Earlier on Wednesday the universities minister had spoken against calls to remove the statue. Michelle Donelan said it would be “short sighted” to try to “rewrite our history” – and rejected attempts to “censor or edit” the past. “I want to be really clear that racism is abhorrent and shouldn’t be tolerated anywhere in our society, and that includes universities,” she told a Higher Education Policy Institute event. Ms Donelan said she was opposed to the renaming of buildings named after the 19th Century statesman, William Gladstone, or the removal of the Rhodes statue.

The Rhodes Must Fall campaign, has had a great impact on the outcome this evening. They have called for the statue to be taken down, saying that it represented imperialist values that were no longer acceptable.