Pablo Picasso’s Bust of a Woman (1944) on view at the Tate Modern has been removed from display and is undergoing conservation after a member of the public damaged the work. Shakeel Ryan Massey, a visitor to the gallery, has appeared at a magistrates court in London charged with damaging the painting. Massey has denied the charge.

Detectives were investigating an incident of criminal damage at Tate Modern on Saturday, 28 December

Tate stated “The person was swiftly apprehended and has been charged. Police are investigating. The work of art is with our conservation team for expert assessment.” The museum did not immediately respond to a request for further comment. 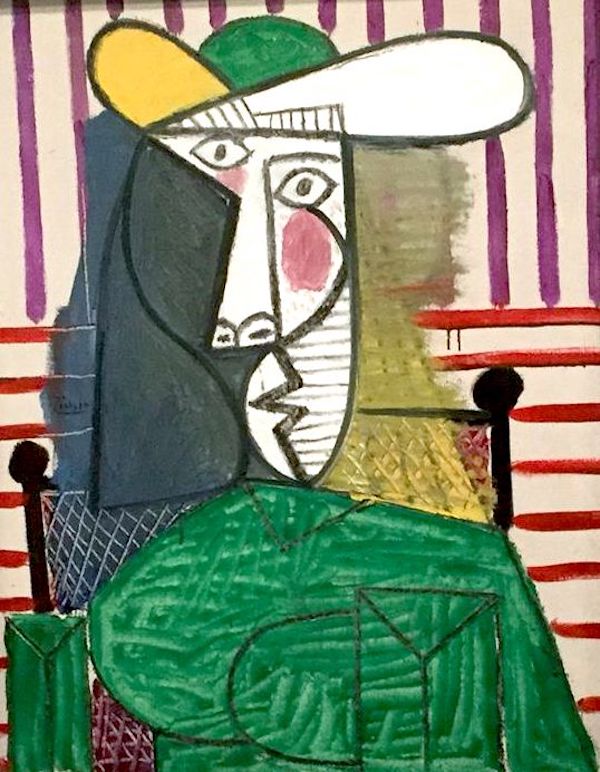 The Metropolitan Police said: “Detectives investigating an incident of criminal damage at the Tate Modern, Bankside, on Saturday, 28 December have charged a man.”

In the painting ‘Bust of a Woman’, Maar is shown wearing a hat and green clothing and sits on a black metal chair. The angular and planar structure of her face are achieved with a linear simplicity, allowing for the contrasting orientation of nose and mouth. This configuration repeatedly occurs in the sequence of 1944 portraits of which this is one,” Tate has revealed.

The painting’s estimated value is 26 million dollars. The picture was taken off display while the damage is being assessed, the BBC reported the painting was ripped. The suspect, Shakeel Massey, 20, from north London, is being held until a pretrial hearing on Jan. 30 “Bust of a Woman” depicts Picasso’s lover Dora Maar, who was a principal model for some of his portraits, in a semi-abstract style, wearing a hat and green clothing while sitting on a black metal chair, according to the Tate Modern. It was painted in Paris on May 5, 1944, during the final months of the Nazi occupation.

Mr Massey, of High Road, NW10, was denied bail at Monday’s hearing and is due to attend the pre-trial hearing at Inner London Crown Court on 30 January.