The London-born art dealer Paul Kasmin (1960–2020) has died in New York after a protracted illness. The gallery released the following statement.

It is with great sadness that we must give news of the loss of Paul Kasmin (1960–2020). Paul passed away early this morning, March 23, after a long period of illness. 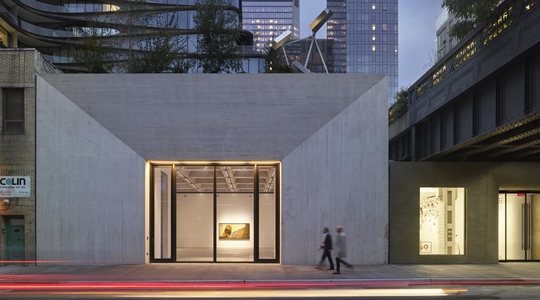 Opening his first New York gallery in 1989, Paul devoted himself to a life celebrating art and artists. Those of us who have worked with Paul learned from his extraordinary eye for talent, his delight in the work of the artists he loved, and his rare sense of openness and generosity.

Paul took great pleasure in overseeing all aspects of the gallery until the very end, and it was his sincere wish, and in his plans, that his vision for Kasmin continues as ambitiously as ever.

In the last few years, Paul continued his lifelong passion for photography with renewed enthusiasm. Taking pictures of his family, friends, and the gallery artists and staff, he built a collective portrait of his artistic community. We invite you to view these works below, reflecting on the enormous contribution that Paul made to the arts during his lifetime.

Kasmin opened his first gallery in SoHo NY in 1989 before pioneering the Chelsea area which has been home to the gallery for over 20 years. He seamlessly melded postwar artists like Lee Krasner, Robert Motherwell, and Stuart Davis with emerging contemporary artists. The gallery has established the practices of Tina Barney, Walton Ford, James Nares, Mark Ryden, Bosco Sodi as well as husband-and-wife designers Les Lalanne.

Kasmin was the son of the London art dealer and collector, John Kasmin, whose accomplishments included giving David Hockney his first break of a West End solo exhibition as well as pushing the market for Francis Bacon. “In my childhood, the most exciting thing was my first visit to New York with my dad, in 1970,” said Paul in an interview with the Wall Street Journal, “Even though I was only around 10, he took me with him to see all the artists and hip people he was visiting. We went to Andy Warhol’s Factory. Coming from England, nothing prepared me for how much I would be blown away by New York. And here I am.”