Peter Paul Rubens, (Flemish, 1577–1640), Head of an African Man Wearing a Turban, painted in 1609 is in danger of leaving the UK forever. Arts Minister Michael Ellis has placed a temporary export bar on a painting by Sir Peter Paul Rubens to provide an opportunity to keep it in the country.

In 2013 the portrait was loaned for an exhibition at the Princeton University Art Museum revealing the African Presence in Renaissance Europe and exploring the presence of Africans and their descendants in Europe from the late 1400s to the early 1600s. It was labelled as from a private collection, courtesy of Jean-Luc Baroni Ltd, a gallery dealing in Old Master works of art in London.

Head of an African Man Wearing a Turban is one of the few existing examples of artwork from the 17th century that records an African man in Europe. It is at risk of being exported unless a buyer can be found to match the asking price of £7,695,860.

The oil sketch was used by Rubens in his 1609 portrayal of Balthazar in Adoration of the Magi, which depicts the giving of gold, frankincense and myrrh to the infant Jesus.

Rubens is one of the pre-eminent painters of the 17th century and among the most influential artists of the Flemish Baroque tradition. He was knighted by Charles I and while living in London also painted the masterpiece ceiling of the Banqueting House – one of the most famous works from the golden age of painting.

Head of an African Man Wearing a Turban, which has been in the UK for more than 100 years, is painted on a list of accounts written in Italian. This has led experts to believe that it may have been completed in Italy and brought back to Antwerp.

The fact that it is on paper, rather than his favoured panel, suggests that this is a unique record of an individual the painter encountered, rather than of a posed model. It is one of approximately 30 oil sketches completed by Rubens in British public collections. 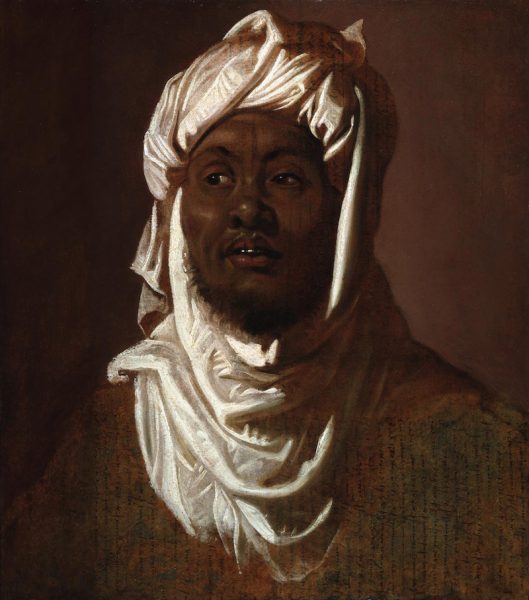 Arts Minister Michael Ellis said: Rubens was one of the great artists of the golden age of painting. This powerful sketch is not only a stunning example of his work but hugely important as a rare representation of an African man in Europe at this time. I hope that a buyer can be found so that this outstanding item can be kept in the UK for future generations to enjoy.

The decision to defer the export licence follows a recommendation by the Reviewing Committee on the Export of Works of Art and Objects of Cultural Interest (RCEWA), administered by The Arts Council.

RCEWA member Aidan Weston-Lewis said: This magnificent portrait study of a North African is a supreme example of Rubens’s gifts as a painter from life. With the portrait of Juan de Pareja by Velázquez in the Metropolitan Museum in New York – which was exported from the UK in 1971 amid much controversy – it is also the most positive and dignified representation of a black person in 17th-century European art. On both counts, it would make a transformative addition to a public collection in this country, and its permanent export would, like Juan de Pareja, long be regretted.

The RCEWA made its recommendation on the grounds of the paintings outstanding aesthetic importance and significance for the study of Rubens’ artistic practice. It was felt that the presence of this work in a public collection would help enhance a sense of shared history and heritage and would boost a commitment to serving a more diverse audience.

The decision on the export licence application for the Head of an African Man Wearing a Turban will be deferred until 5 July 2018. This may be extended until 5 January 2019 if a serious intention to raise funds to purchase it is made at the recommended price of £7,695,860.

Offers from public bodies for less than the recommended price through the private treaty sale arrangements, where appropriate, may also be considered by Michael Ellis. Such purchases frequently offer substantial financial benefit to a public institution wishing to acquire the item.

Organisations or individuals interested in purchasing the Head of an African Man Wearing a Turban should contact the RCEWA on 0845 300 6200.