A new exhibition at The Hunterian, University of Glasgow, celebrates the gift of over 70 works from the collection of distinguished gallery director and art collector Phillip A. Bruno.

I am so looking forward to seeing my gifts on a Scottish wall – Phillip A. Bruno

A Gift to Glasgow from New York: The Phillip A. Bruno Collection opens at the Hunterian Art Gallery in October and coincides with Bruno’s 90th birthday. The exhibition presents a selection of works including paintings, sculptures, drawings and prints, formed in New York over a period of 70 years, and presented to The Hunterian, University of Glasgow in 2019. 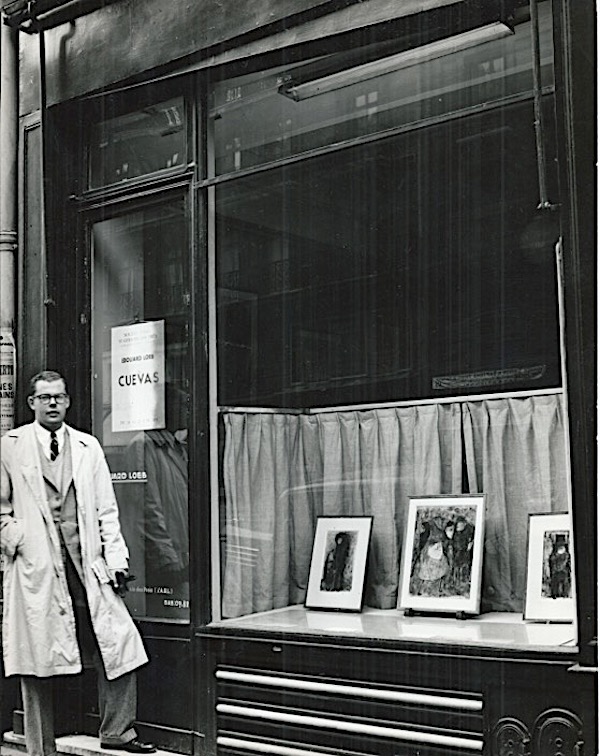 Phillip Bruno age 25 in Paris with his first show 1955

Phillip Bruno spent the majority of his illustrious career as co-director of the Staempfli Gallery, and later Marlborough Gallery, both prestigious venues for contemporary art. He was born in Paris and studied art history and architecture at Columbia. His career took off quickly with visits to see Matisse, Brancusi and Giacometti in Paris, and a stay with the Van Gogh family in Holland.

Bruno’s lifelong career working with living artists included placing significant paintings and sculptures by Avery, Brancusi, Bertoia, Chihuly, Christo, Delvaux, Gaudi, Katz, Morandi and George Rickey in important private collections. Manhattan is a truly international art centre, and while many of the artists Bruno dealt with were New Yorkers, he also had a particular interest in European, primitive and oceanic art, as well as artists from the West Coast of the USA.

This is the first part of the Bruno collection to go on display at The Hunterian. A second selection will be on show in early 2020.
Hunterian Director Steph Scholten said: “Phillip A. Bruno played a pivotal role in the New York art world for 60 years 1950-2010, working with some of the most important artists, collectors and museum directors of the period. The collection provides a snapshot of the American scene in the crucial post-war period and it brings us many fine works of art, including sculptures, paintings and drawings, which we could not normally have hoped to acquire.”

The Hunterian is one of the world’s leading University museums and one of Scotland’s most significant cultural assets. Built on Dr William Hunter’s founding bequest, The Hunterian collections include scientific instruments used by James Watt, Joseph Lister and Lord Kelvin; outstanding Roman artefacts from the Antonine Wall; major natural and life sciences holdings; Hunter’s own extensive anatomical teaching collection; one of the world’s greatest numismatic collections and impressive ethnographic objects from Captain Cook’s Pacific voyages.
The Hunterian is also home to one of the most distinguished public art collections in Scotland and features the world’s largest permanent display of the work of James McNeill Whistler, the largest single holding of the work of Scottish artist, architect and designer Charles Rennie Mackintosh (1868–1928) and The Mackintosh House, the reassembled interiors from his Glasgow home. www.glasgow.ac.uk/hunterian