Photo London the UK’s premier photo fair which was supposed to take place in October during Frieze week has been cancelled and moved online exclusively. The fair originally scheduled for May had already been postponed. due to the COVID pandemic.

As the uncertainty surrounding Covid-19 has not diminishing Photo London decided, following extensive consultation with stakeholders, that the best way forward was to create an outstanding platform. They envisaged for their exhibitors a move of the October Fair online as part of the Fair’s ongoing digital programme. Working with the online Fair partner Arts, Photo London aims to create a successful online event for exhibitors, collectors and partners. 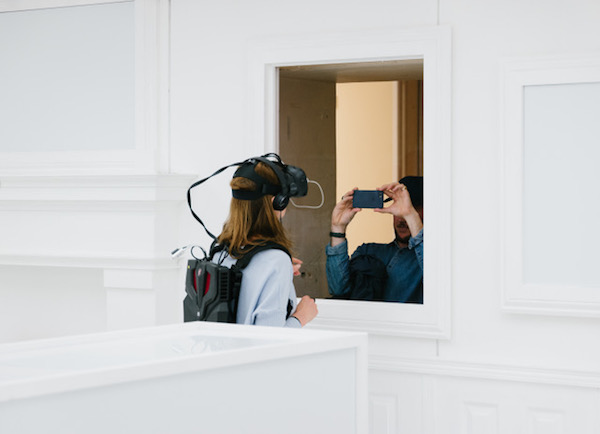 Photo London will also continue working with Nikon and long term partners the FT and Arts Council England (ACE), to build on the success of Photo London Digital – an exciting platform that will support the online Fair and enrich the audience experience with a year-round programme of gallery support – talks, live events and magazine – via the Photo London Academy.

The online Fair and Photo London Digital will be an important bridge to the next physical edition of the Fair that will be held at Somerset House between 13–16 May, with a VIP preview on 12 May. Applications for the sixth edition will be live in early September.

The fair hopes to return to Somerset House in 2021 and had decided to move its sixth edition to a new venue in agreement with the arts centre, which sadly is hosting another event that week. was driven by the determination to find an equally iconic and well-placed location that would also allow staging a large-scale event in a controlled and safe way. The new site would have seen the Fair located on one level with a single entrance and exit. Tightly monitored access, in respect of social distancing rules imposed by the government in response to the current global pandemic.

Michael Benson & Fariba Farshad, Founders of Photo London, commented: “When earlier this year, we took the inevitable decision to reschedule Photo London, we set ourselves the goal of delivering an alternative plan for this year’s Fair.

This was not been an easy task. However, they felt very strongly that we owed it to our exhibitors and the artists who have supported us over the past five years to try to find the best possible solution. So, with cautious optimism, they moved the sixth edition of Photo London. Gray’s Inn Gardens, a private venue to achieve a higher level of social distancing than would normally be possible.

Throughout this process, they have consulted widely with art world professionals and a host of other advisers. The message that kept coming back through these discussions is that, while no one is under any illusion about the challenges we face, we should hold fast to the idea of staging a Fair as soon as it could take place safely and successfully. From this point of view, it is encouraging to see auction houses, galleries and museums across Europe making their first tentative preparations for a resumption of activities.”

Photo London remains committed to celebrating the work of this year’s Master of Photography, Shirin Neshat, with a dedicated online exhibition that will open during the week of the Fair and will run for three weeks.

Photo London’s recently launched digital magazine. Each issue is built in the spirit of an artist’s photo book and spotlights the creative processes and artworks of our selected guest contributors. The magazine focuses on personal anecdotes, stories and behind-the-scenes materials, typically those unseen on the main stage of physical art fairs and exhibitions. Issue 01 focuses on the 2018 Master of Photography, Edward Burtynsky. Following issues will be dedicated to leading UK conceptual photographer Clare Strand, Professor Sarah Kenderdine, a renowned expert in experimental museology, as well as the 2020 Master of Photography, Shirin Neshat.

Photo London brings the finest international photography to the British capital every May. Set amongst the spectacular neoclassical architecture of Somerset House – where the term ‘photography’ was first coined in 1839 – the Fair presents the best historic and vintage works while also spotlighting fresh perspectives in photography. Along with a selection of the world’s leading photography dealers and galleries showing at the Fair, Photo London’s Discovery section is dedicated to the most exciting emerging galleries and artists. In addition, each edition sees a unique Public Programme including special exhibitions and installations; a Talks Programme curated by William A. Ewing, former Director of the Musée de l’Elysée, and former Director of Exhibitions at the International Center of Photography, New York; and several Awards announced, headlined by the Photo London Master of Photography Award.