The pioneering Photorealist painter Chuck Close has died at age 81. The artist, best known for his unforgiving portraits had been the subject of recent misconduct allegations by multiple women leading to the cancellation of a major retrospective exhibition at the National Gallery in Washington. The Washington Post reported, it was the first time the museum had cancelled a show because of “public allegations against the featured artist.

His dealer, Pace in New York said; “Throughout his childhood and adolescence, Close used art as a means of navigating a learning disability. He continued to develop his artistic skills through private art lessons, drawing and painting from live models. As a student at the University of Washington (BA, 1962), and then at Yale (BFA 1963; MFA 1964), he began to emulate the styles of Arshile Gorky and Willem de Kooning, considering himself a third-wave Abstract Expressionist and as he explored this vocabulary he pivoted from biomorphism to figuration. 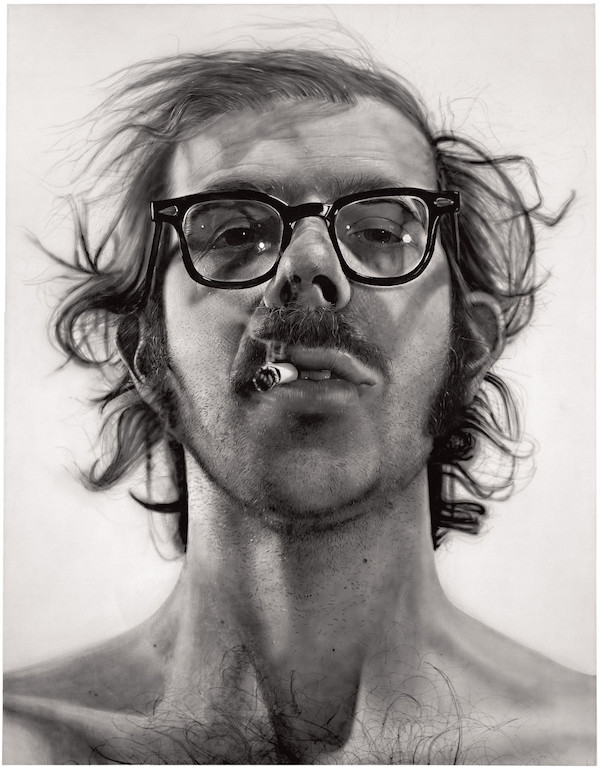 After studying at the Akademie der Bildenden Künste in Vienna (1964) on a Fulbright grant, Close returned to the United States in 1965. He taught painting at the University of Massachusetts, Amherst, where he received his first solo exhibition in 1967. Seeking to break from the gestural style that had characterised his student work, Close shifted toward Pop-inflected figuration before embracing the tools of commercial art and illustration. Basing his paintings on photographic imagery, Close reduced his palette to black and white, culminating in his large-scale painting Big Nude (1967). His 1967 solo exhibition featured paintings of male nudes, proving controversial and ultimately resulted in a landmark court case that sought to extend freedom of speech to the visual arts.

On relocating to New York, Close continued to explore realism, painting black-and-white photographic portraits of his family and friends onto large-scale canvases in precise detail, applying paint with an airbrush. He participated in his first New York exhibition in 1970 at Bykert Gallery alongside Lynda Benglis and Richard Van Buren. During this time, the Walker Art Center, Minneapolis, acquired Big Self Portrait (1967) directly from his studio. Close relinquished his strictly monochromatic palette in 1970 and began employing a three-colour process as well as various imposed systems and techniques. A year later he received his first major museum exhibition Recent Work at the Los Angeles County Museum of Art (1971).

Exploring different modes of representation, Close began in the late 1970s to make explicit use of a grid system or an irregular grid based on a physical relationship to his support. The resulting works read like pixelated mosaics wherein the viewer’s perception blends distinct areas of juxtaposed colour—be it layered shapes of colours, fingerprints, or lines—into a unified image. His first retrospective Close Portraits was organised by the Walker Art Center, Minneapolis in 1980, and travelled to the St. Louis Art Museum, Missouri; Museum of Contemporary Art, Chicago; closing at the Whitney Museum of American Art. In 1988, Close was paralysed following a rare case of spinal artery collapse. Through rehabilitation, he regained his ability to paint by using a brush-holding device strapped to his wrist and forearm. Beginning in 1991, he continued his examinations of portraiture through productions of silk tapestries and, since 2003, has furthered this investigation, producing editions of large-scale Jacquard tapestry portraits.