UK Museums are working on a series of nationwide exhibitions to mark the 50th anniversary of the Sexual Offences Act, the legislation that decriminalised male homosexuality in England and Wales in 1967.

The first major exhibition dedicated to queer British art is to open at Tate Britain Queer British Art 1861-1967, 5 April-1 October.  It spans the period from the abolition of the death penalty for buggery in 1861 to decriminalisation in 1967 and explores how seismic shifts in gender and sexuality found expression in the arts. Together, these works helped to shape new forms of identity and community. Featuring works from 1861–1967 relating to lesbian, gay, bisexual, trans and queer (LGBTQ) identities. 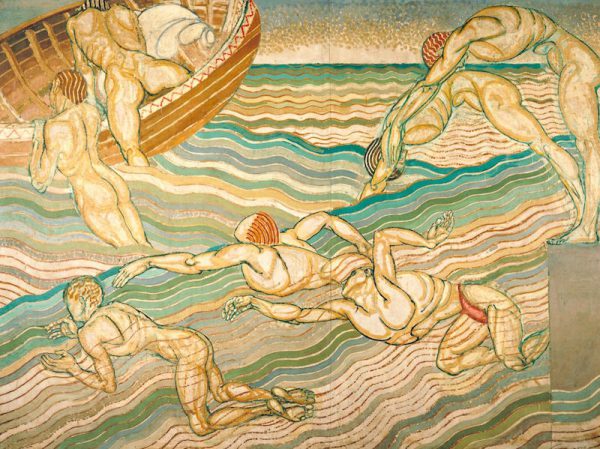 Other sections will focus on Oscar Wilde’s trial for “gross indecency” in 1895 and the tangled love lives of the Bloomsbury group, the show spans more than a century, from the abolition of the death penalty for sodomy to the passing of the Sexual Offences Act. The cell door behind which Wilde was famously imprisoned at Reading Gaol is to go on show beside his portrait, which was sold off after the legal fees for his trial left him bankrupt.

The British Museum will take the long view in Desire Love Identity: exploring LGBTQ histories (11 May-15 October). The show of objects drawn from the collection—from a Roman coin with the head of Antinous, the emperor Hadrian’s male lover, to a 1990s deck of cards decorated with Japanese drag queens—will have a lasting legacy through updated labels in the permanent galleries, a spokeswoman says.

The National Portrait Gallery in London will be presenting a special display on the city’s gay scene in the 1980s (David Gwinnutt: Before We Were Men, set to open 9 March.

The People’s History Museum in Manchester is working with nine community curators to document 200 years of British activism (Never Going Underground: the Fight for LGBT+ Rights, 25 February-3 September). “This is not an easy story to tell because so little of the materials and narrative is formally catalogued,” says Catherine O’Donnell, the museum’s engagement, and events officer. To source material, “we had to reach out to an unprecedented number of museums and galleries, but also directly to individuals,” she says.

Liverpool’s Walker Art Gallery will examine how artists responded to decriminalisation in an exhibition co-organised with the Arts Council Collection (Coming Out: Art and Culture 1967-2017, 28 July-5 November). The gallery’s curator of British art, Charlotte Keenan, says the institution is also working on a two-year research project called Pride and Prejudice that will “make queer British art and its importance to art history permanently visible in the gallery’s displays”.
Top Image: Simeon Solomon Sappho and Erinna in a Garden at Mytilene 1864 courtesy Tate