The residents of four flats in the Neo Bankside development next to Tate Modern in the South Bank have lost their invasion of privacy case.

Residents in the floor to ceiling glass apartments have had their bid to stop visitors to Tate Modern’s viewing deck dismissed. They claimed that people could see straight into their homes. A penthouse apartment in Rogers Stirk Harbour + Partners’ Neo Bankside sells for £19.75 million. 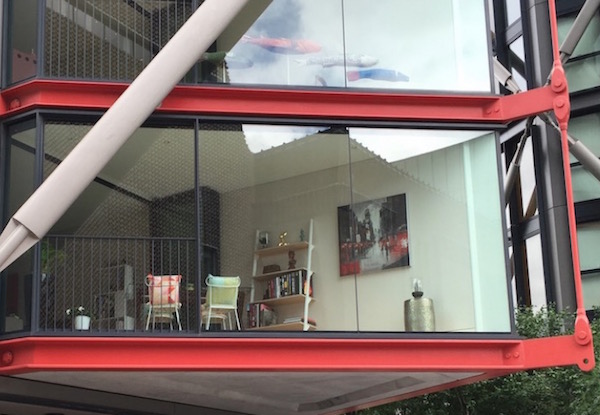 Tate argued that residents could just “draw the blinds”. Their claim was dismissed at the High Court on Tuesday.

In his judgment, Mr Justice Mann said the claimants have “submitted themselves to sensitivity to privacy” due to the extensive use of glass walls in their properties.

He added: “These properties are impressive, and no doubt there are great advantages to be enjoyed in such extensive glassed views, but that in effect comes at a price in terms of privacy.”

Neighbours claimed the Tate Modern’s viewing platform caused a “relentless” invasion of their privacy. The five claimants had been battling the gallery since the viewing platform opened in 2016.

Visitors are offered “360-degree views of London” from an enclosed walkway around all four sides of the Tate Modern’s South Bank building.

The claimants had sought an injunction requiring the gallery to “cordon off” parts of the platform or “erect screening”.

In a statement after the ruling, Natasha Rees, who acted for the five residents, said: “We are extremely disappointed with today’s result.

“The limited steps taken by the Tate to prevent visitors viewing into my clients’ apartments are ineffective, and both my clients and their families will have to continue to live with this daily intrusion into their privacy.”

Acting on behalf of the Tate, Guy Fetherstonhaugh QC said the claimants were seeking “to force the defendant to close a valued resource and deny to the public the right to use the viewing platform for its intended purpose, merely to give the claimants an unencumbered right to enjoy their own view”.