Robert Morris, who died this week was a highly influential American sculptor, conceptual artist and writer. He was regarded as one of the most prominent theorists of Minimalism along with Donald Judd, but also made significant contributions to the development of performance art, minimalism, land art, the Process Art movement and installation art. Morris born February 9, 1931, in Kansas City, Missouri lived and worked in New York.

“As for insights into the human condition, I think I’m the same pessimist I always was” – Robert Morris

Between 1948 and 1950, Morris studied engineering at the University of Kansas. He then studied art at both the University of Kansas and at Kansas City Art Institute as well as philosophy at Reed College. He interrupted his studies in 1951-52 to serve with the United States Army Corps of Engineers in Arizona and Korea. After moving to New York City in 1959 to study sculpture, he received a master’s degree in art history in 1963 from Hunter College. 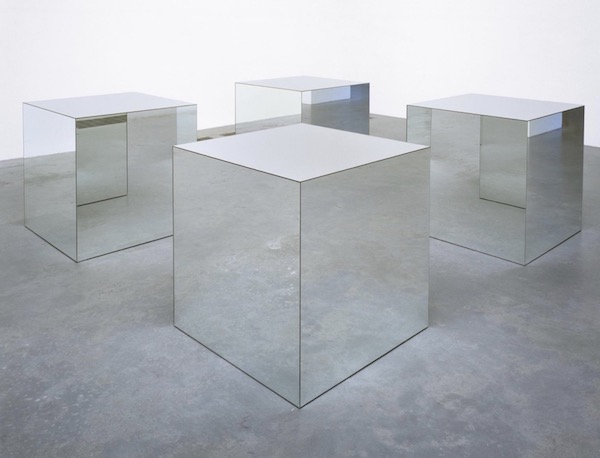 Initially, a painter, Robert Morris’ work of the 1950s was influenced by Abstract Expressionism and particularly Jackson Pollock. While living in California, Morris also came into contact with the work of La Monte Young, John Cage, and Warner Jepson with whom he and first wife Simone Forti collaborated. The idea that art making was a record of a performance by the artist (drawn from Hans Namuth’s photos of Pollock at work) in the studio led to an interest in dance and choreography. During the 1950s, Morris’ furthered his interest in dance while living in San Francisco with his wife, the dancer and choreographer Simone Forti. Morris moved to New York in 1960. In 1962 where he staged the performance Column at the Living Theater in New York based on the exploration of bodies in space in which an upright square column after a few minutes on stage falls over.

In 1963 Robert Morris exhibited Minimal sculptures at the Green Gallery in New York that was documented by Donald Judd. The following year, also at the Green Gallery, Morris showed a suite of large-scale polyhedron forms constructed from 2 x 4s and grey-painted plywood. In 1964 Morris devised and performed two important performance artworks 21.3 in which he lip-syncs to a reading of an essay by Erwin Panofsky and Site with Carolee Schneemann. Morris enrolled at Hunter College in New York (his masters thesis was on the work of Brâncuși) and in 1966 published a series of influential essays “Notes on Sculpture” in Artforum. He exhibited two L Beams in the seminal 1966 exhibit, “Primary Structures” at the Jewish Museum in New York. Morris’s early sculptures often seem as though they were produced by a machine utilising industrial materials.

In 1967 Robert Morris created Steam, an early piece of Land Art. By the late 1960s, Morris was being featured in museum shows in America, but his work and writings drew criticism from Clement Greenberg. His work became larger scale taking up the majority of the gallery space with series of modular units or piles of earth and felt. Untitled (Pink Felt) (1970), for example, is composed of dozens of sliced pink industrial felt pieces that have been dropped on the floor. In 1971 he designed an exhibition for the Tate Gallery that took up the whole central sculpture gallery with ramps and cubes. He published a photo of himself dressed in S&M gear in an advertisement in Artforum, similar to one by Lynda Benglis, with whom Morris had collaborated on several videos.

During the later 1970s Robert Morris switched to figurative work, a move that surprised many of his supporters. Themes of the work were often fear of nuclear war. During the 1990s returned to his early work supervising reconstructions and installations of lost pieces.