The Turner Prize-winning artist Lubaina Himid and The octogenarian artist Rose Wylie have been given OBEs in the Queen’s Birthday List.

Lubaina came to prominence in the 1980s as a protagonist within the Black British Art Movement, Lubaina Himid has curated and taken part in pivotal exhibitions, research and writing. Since then, museum collections have held particular interest for Himid, as a space to address, reflect and challenge these containers of history, memory and hidden experiences. 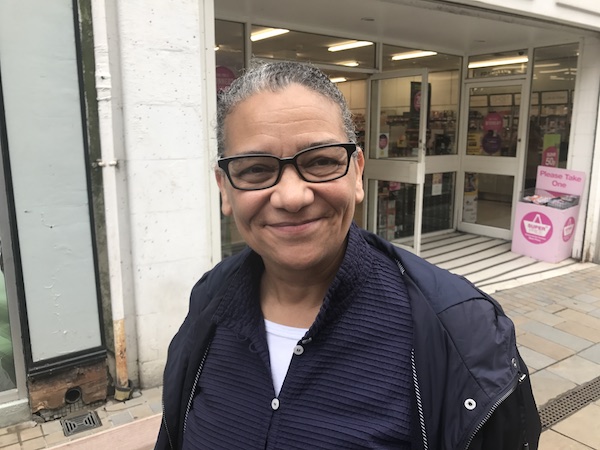 Initially studying to become a theatre designer, the language of scenography is evident across Himid’s work – from the seminal pieces such as A Fashionable Marriage, 1987 through to large-scale installations Naming the Money (2004), a work comprising 100 cut out figures. Crisscrossing a multitude of references, painting and installation have become Himid’s preferred mediums to express questions about art, authorship, illusion and politics – often exploring issues surrounding Black identity. Conscious of the fact that painting has a history as an adornment of architecture, homes, bodies and fabrics, often involving cultures and artists that are marginalised, Himid has situated her practice at the intersection between design and art and between Western and African artistic traditions. In her work she proposes historical narratives often excluded from mainstream accounts, giving names and voices to the unheard.

Rose Wylie creates large, vibrant images of figures, that have been described as “exaggeratedly naive” and “quasi-cartoonish”.

Wylie’s paintings are often painted through the filter of her memory, using text to enhance facts and recollections in her compositions and overlaying new pieces of canvas, like a collage. Instilled with wit, her paintings are confident, animated and energetic, proposing new perspectives on the world and the plethora of images that make up our collective cultural memory.

In 2010, at the age of 76, she was chosen to represent the UK in the ‘Women to Watch’ exhibition at the National Museum of Women in the Arts in Washington DC. Wylie received a Paul Hamlyn Award for Visual Art in 2011; which was followed by her first retrospective that opened the Jerwood Gallery in Hastings in 2012. She won the prestigious John Mores Painting Prize in 2014

Wylie began studying at Folkestone and Dover School of Art some 60 years ago. However, she received more attention back then as a model in an advertisement for Aero chocolate bars. The octogenarian artist won for her painting ‘PV Windows and Floorboards’, which shows figures at a private view in an art gallery. She went on to marrying artist Roy Oxlade, who died earlier this year – the artist had given up painting to raise their family, but resumed her art practice by attending the Royal College of Art while in her mid-40s.

Charles Saumarez Smith Chief Executive has been Knighted. Born 28 May 1954 is a British cultural historian specialising in the history of art, design and architecture. He is the current Secretary and Chief Executive of the Royal Academy of Arts in London. He was Director of the National Portrait Gallery from 1994 to 2002 and the Director of the National Gallery from 2002 to 2007. He has published various articles and books including The Company of Artists: The Origins of the Royal Academy of Arts in London and was a judge at the World Architecture Festival 2014 in Singapore and the Young Masters 2014 awards in London.

OBE for Sally Tallant director of the Liverpool Biennial From 2001-11 Sally Tallant was Head of Programmes at the Serpentine Gallery, London, where she was responsible for the development and delivery of an integrated programme of exhibitions, architecture, education and public programmes. She is a Board Member of the International Biennial Association and a member of the London Regional Council for Arts Council England.