Three new Royal Academicians have been elected to round off the year. Shirazeh Houshiary, Brian Griffiths and Clare Woods are all sculptors. They join Michael Armitage, in the category of Painting, Peter Barber and Assemble in the category of Architecture, and Ryan Gander, in the category of Sculpture. In addition this year, professor Dame Sarah Gilbert and Hisham Matar were elected as Honorary Fellows. 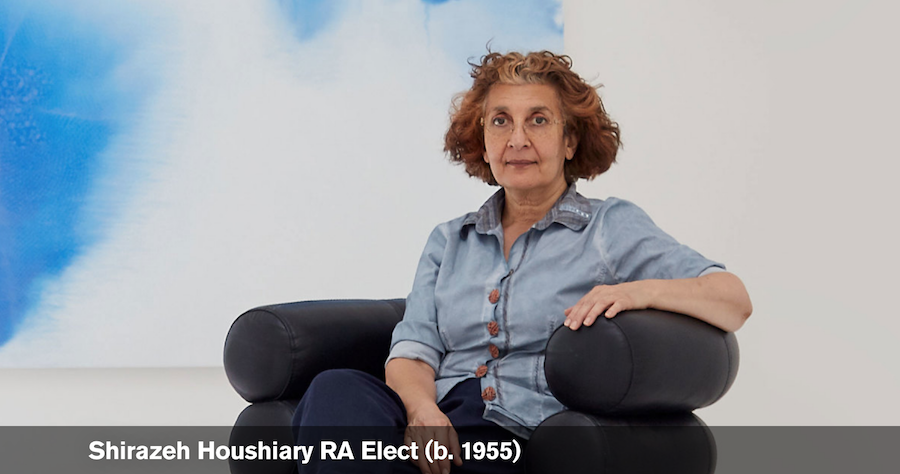 Since rising to prominence as a sculptor in the 1980s, Shirazeh Houshiary’s practice also encompasses painting, installation, architectural projects and film.

Houshiary investigates the friction between the conscious and unconscious, control and chance, reflecting on the physical and immaterial qualities that shape art and human life. Veils, membranes and mists are leitmotifs in Houshiary’s work that tries to visualise modes of perception.

Houshiary finds assistance in transforming material: two words, one an affirmation, the other a denial, are pencil-stroked onto canvas so lightly and clouded over by finely wrought skeins of pigment that they morph in front of the naked eye. So too, aluminium or glass elliptical brick towers, charged with dynamic tension, appear different from every angle, as if negating their presence.

Shirazeh Houshiary was born in Shiraz, Iran, in 1955 and moved to London in 1974; she studied at Chelsea School of Art in 1979 and lives and works in London. She was awarded Professor at the London Institute and short-listed for Turner Prize at the Tate Gallery in 1994. She was given Asia Arts Game Changer Award in Hong Kong in 2018. Recent publications include Artists and the Rothko Chapel: 50 Years of Inspiration, published by Moody Center for the Arts 2020; The slowdown ‘At a Distance’: 100 visionaries at home in a pandemic, published by Apartamento and A Thousand Folds, published by Lehmann Maupin, New York, Seoul. 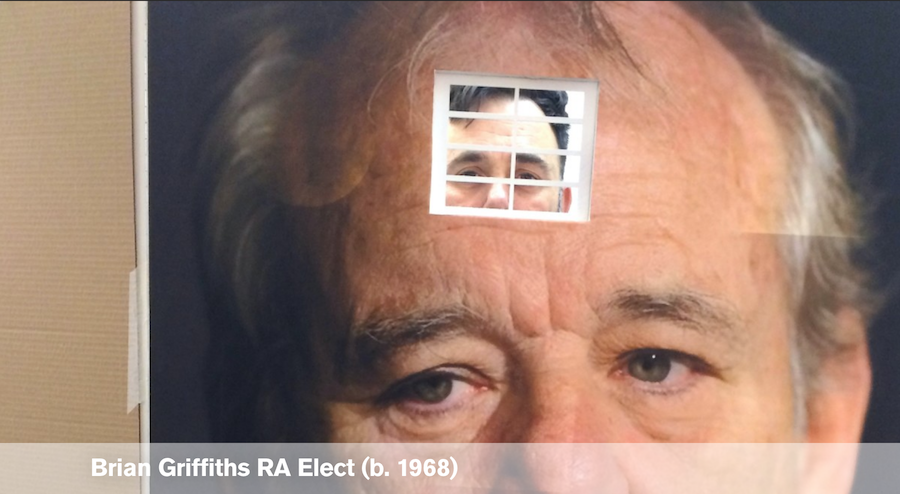 Since graduating from Goldsmiths College in the late 90s, Brian Griffiths has made sculptures and installations full of overblown theatricality and pathos.

Griffiths attempts to think with things and considers how things believe. Collected objects become rich material to be laid out, directed and persuaded to perform. He has made exhibitions with Bill Murray, invisible entities and wood.

Griffiths’ exhibitions privilege imperfect descriptions and freewheeling associations and position material facts with competing interwoven fictions. They approach visual languages and styles like fancy dress to be enjoyed and changed frequently as a recent show title raps out ‘No No to Knock-Knocks’ – a warning (to self and others) about falling into fixed routines, fixed thinking.

Brian Griffiths is a Senior Lecturer at the Royal Academy Schools. 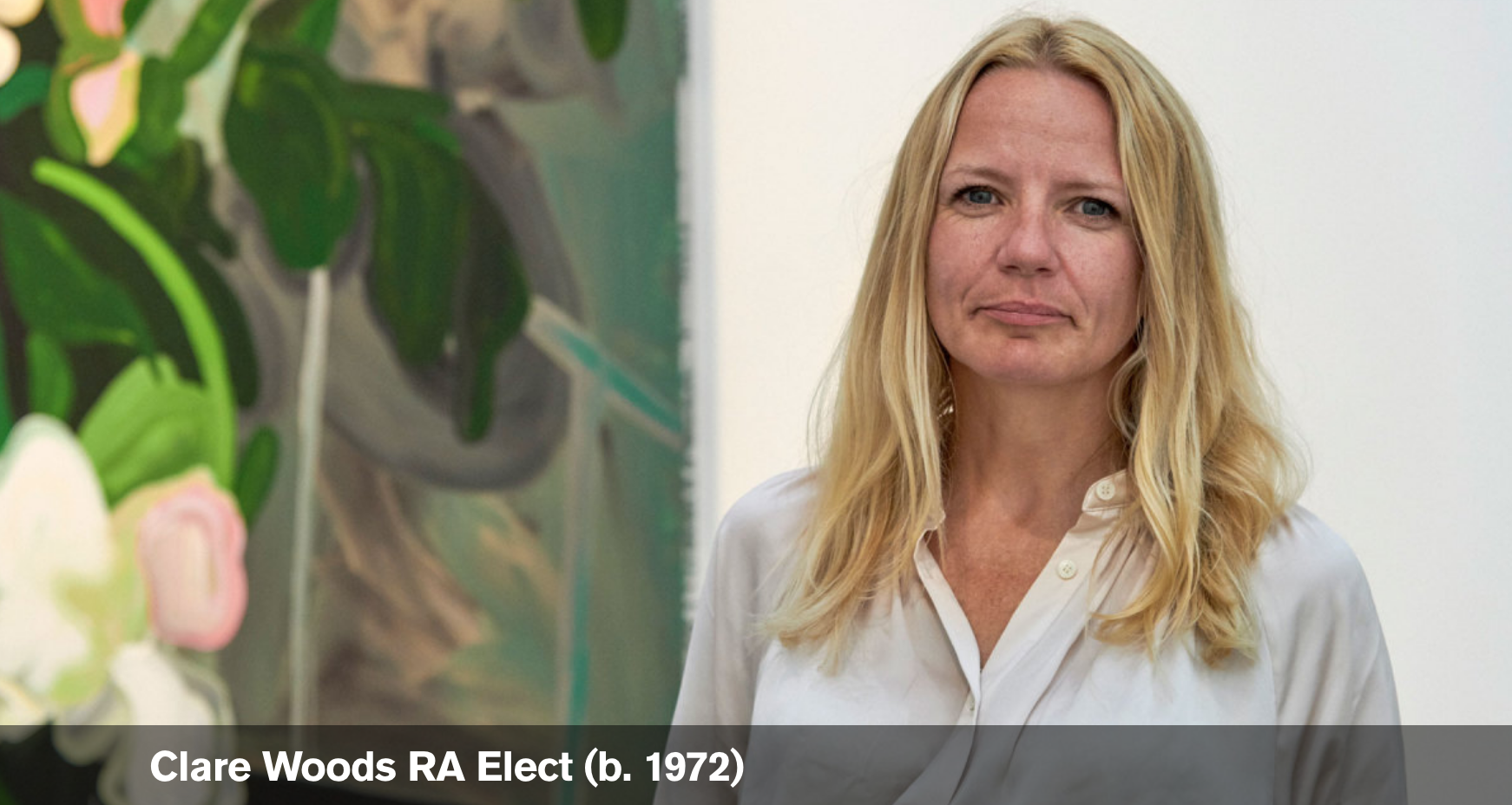 Clare Woods was born in Southampton in 1972. She received a BA in Fine Art Sculpture from Bath School of Art in 1994 and an MA in Fine Art from Goldsmith’s College in 1999. She lives and works in Hereford.

Her background in sculpture informs Woods’ distinctive style; large, gestural brushstrokes are used to sculpt objects within the pictorial plane. Woods’ still life and figurative paintings are unmistakably rooted in real space and time but abstracted by bold, fluid marks upon the aluminium surface. Through the materiality of paint, a simultaneous de/re construction of form obscures that which seems immediately discernible.

Woods’ concern with landscape has been paramount in much of her previous work. However, since 2011 her images have been increasingly preoccupied with conveying the human form. Much of Woods’ recent work concerns fragility, vulnerability, mortality and disability; the delicate border between sickness and health, cruelty and humanity, and ultimately life and death. Despite the varying degrees of brightly coloured abstraction and compositional distortions, Woods’ anthropomorphic studies bring to mind heads, limbs and torsos. It is like seeing the body through a distorted lens, defamiliarising and estranging it.

Woods has had many solo exhibitions in Britain and international locations, including Copenhagen, Berlin, Dallas, New York, Los Angeles, Hong Kong, Athens, Madrid, Prague, and Art Basel in Switzerland. She is currently represented by Simon Lee Gallery in London and Hong Kong, Martin Asbæk Gallery in Copenhagen, Buchmann Gallery in Berlin and Night Gallery in LA.