The Royal College of Art (RCA), which has consistently topped the tables as ‘best art school in the world’ has launched GenerationRCA, an ambitious five-year campaign/programme representing the most significant development in its history since the College was founded in 1837. GenerationRCA will include the opening of a huge new Battersea building, designed by Tate Modern architects Herzog & de Meuron which will propel the RCA’s radical new academic vision by focusing on three key pillars: ‘Places, Projects and People.’

The Royal College of Art’s strategic plan articulates a bold vision to marry creative arts and design with science, technology and medicine. This marks a ‘step change’ for the RCA, as it applies creative insights to evidence-based science to address global challenges.

The new campus at Battersea is the physical manifestation of this ambition. The 16,000 sqm development, will transform the Royal College of Art by delivering enhanced workshop and studio space for students, as well as communal and social facilities to create a meeting point for talent and ideas. 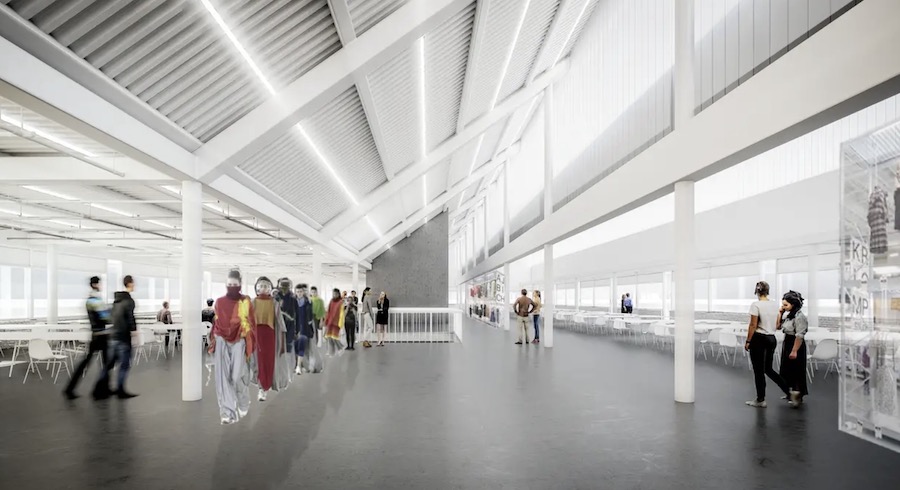 This programme will see the RCA transform its campuses and how the university teaches, researches and creates. On a site immediately opposite its existing Battersea campus, the RCA will open a new state-of-the-art building, designed by internationally acclaimed architects Herzog & de Meuron. A landmark for London and British higher education, the Herzog & de Meuron development sets a new blueprint for creative education.

After 2021, the RCA will turn its focus to its historic site in Kensington, and undertake the revitalisation of its Grade II-listed Darwin Building which opened in 1961, designed by Sir Hugh Casson, H.T. Cadbury-Brown and Robert Goodden. The RCA intends to rediscover the radical nature of this exceptional building and return to the startlingly bold vision of its founders.

The RCA’s academic vision is to transform the accepted paradigm of an art and design university, by injecting key scientific disciplines into the mix of creative disciplines traditionally on offer. The College will continue along its recent path of introducing exciting and provocative new programmes such as Environmental Architecture and Digital Direction; with future programmes centred on nano and soft robotics, computer science and machine learning, materials science and the circular economy. 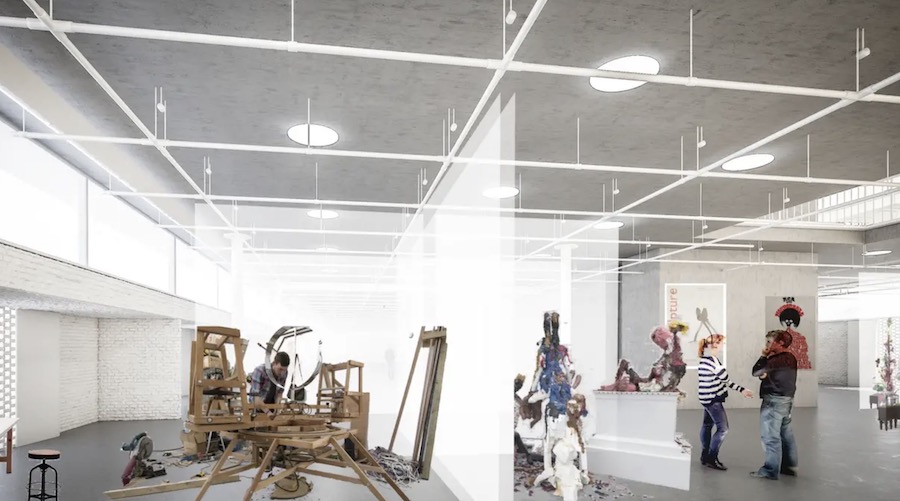 At present, the RCA welcomes the world’s most creative and talented individuals from some 76 different nationalities. GenerationRCA will establish a significant scholarship endowment fund, which will be built up over generations to come, to ensure that the most gifted students, irrespective of their financial circumstances, are able to study at the RCA. New faculty positions will be established in distinct new fields of academic endeavour. This includes the Genesis Professor of Innovation, which the RCA will appoint in 2019, thanks to the generosity of the Genesis Foundation and John Studzinski CBE.

In 2016, the RCA presented an ambitious business case to Government, requesting exceptional one-off funding support to realise its new strategic vision. Following discussions with Department for Business, Energy & Industrial Strategy and HM Treasury, the Chancellor of the Exchequer announced that they would contribute £54m to underpin the RCA’s new strategy, in particular, its goal to double the number of start-ups exiting InnovationRCA, its business and commercialisation incubator.

The RCA, whose Pro-Chancellor is Baroness Gail Rebuck, today celebrates the news that it has reached some 70% of its philanthropic goal for the Battersea campus, thanks to a £15 million gift from The Sigrid Rausing Trust. This landmark donation is the single, largest philanthropic gift in the history of the RCA. This will underpin the College’s transformation and be recognised through the naming of the Rausing Research and Innovation building at Battersea.

The new Battersea flagship building, situated alongside the existing campus, is conceived as two conjoined buildings that will provide some 16,000 sqm of studios, workshops, labs and research centres. At its heart lies a dramatic double-height hangar space – an agora where large-scale works can be assembled and displayed, and students can gather for talks or performances. 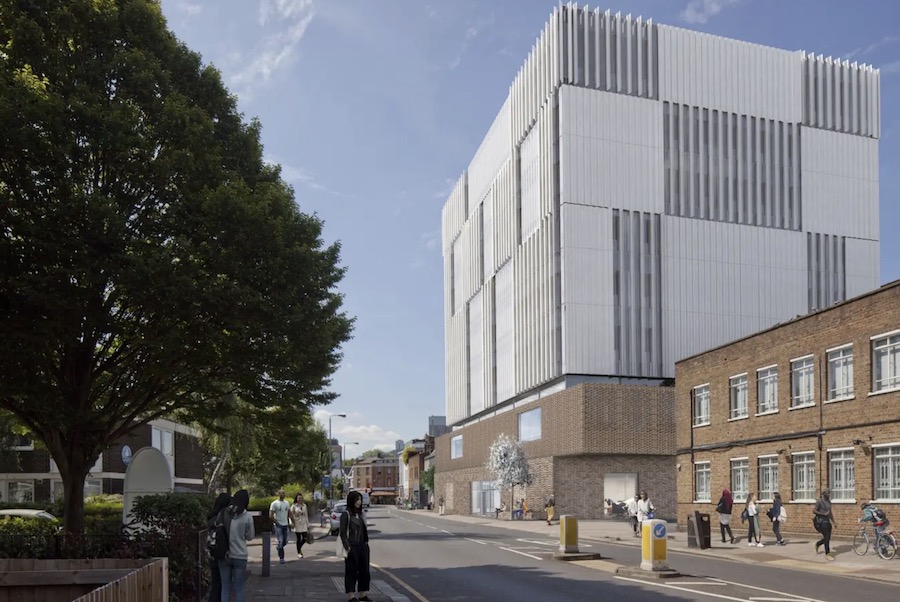 The new development will ensure that the RCA continues to reach out towards its local community, with the creation of a new café and art materials shop. Public walkways intersect the site, referencing the original Victorian street grid of this quarter of London. The RCA’s close neighbours include the headquarters of fashion designer Vivienne Westwood and architects Foster & Partners. Construction of the building is underway, and the RCA looks forward to opening the doors to students in autumn 2021.
To mark the launch of GenerationRCA, the College unveiled a new film created in collaboration with RCA alumnus, Sir Ridley Scott, and supported by Ridley Scott Associates (RSA). The film celebrates every past, present and future generation of RCA students and staff. Creative giants including Tracey Emin, David Hockney, Thomas Heatherwick and Asif Kapadia welcomed RSA into their studios to offer a rare glimpse into their creative worlds.

The Royal College of Art provides  students with unrivalled opportunities to deliver art and design projects that transform the world. A small, specialist and research-intensive postgraduate university based in the heart of London, the RCA is a high performing institution, a radical traditionalist in a fast paced world. The RCA’s approach is founded on the premise that art, design creative thinking, science, engineering and technology must all collaborate to solve today’s global challenges. The University employs a cadre of around 1000 professionals from around the world – spanning professors, researchers, art and design practitioners, advisers and visiting lecturers – to teach and develop students in 30 academic programmes. RCA students are exposed to new knowledge in a way that encourages them to experiment. Working across scientific and technical canvases and beyond set boundaries, RCA students seek to solve real-world problems. The RCA runs joint courses with Imperial College London and the Victoria & Albert Museum. InnovationRCA, the university’s centre for enterprise, entrepreneurship, incubation and business support, has helped over 50 RCA business ideas become a reality that has led to the creation of over 600 UK jobs.

The RCA was named the world’s leading university of art and design in the QS World Rankings 2018 for the fourth consecutive year.