Saudi Crown Prince Mohammed bin Salman, named as the buyer of the highly contentious Salvator Mundi painting by Leonardo da Vinci has declined the loan of the painting to the Louvre in Paris for the large Da Vinci 500 Years show, set for this Autumn.

Following the painting’s successful marketing campaign, which saw it sold in a Contemporary Art evening sale at Christie’s in November 2017, for the princely sum of $450m, the painting has come under close scrutiny by the academic community. The crown Prince often referred to by his initials MBS, used an intermediary to buy the painting depicting Christ holding a crystal orb. The panel which was to be on long term loan to the Louvre Abu Dhabi has never appeared and is rumoured to be in storage in Switzerland. Abu Dhabi has declined to comment, directing questions to the emirate’s Department of Culture and Tourism. 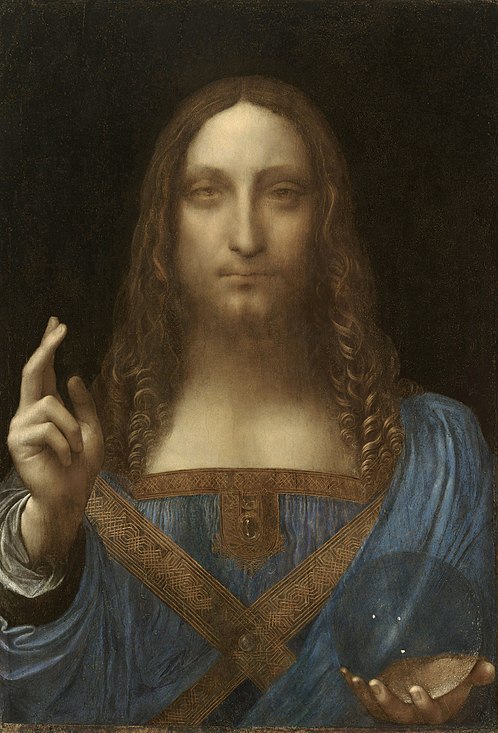 Salvator Mundi Is It by Leonardo da Vinci? Or the Workshop of Leonardo

One theory has been that the painting on a delicate wood panel was damaged. Another, that the Prince hasn’t paid in total for the work of art. The third rumour and yes this is unconfirmed has been that the Louvre is not willing to attribute the painting to Da Vinci and will only state that the picture is from the ‘workshop’ of Da Vinci. This is a severe blow, if true, it knocks about $448m off of the value of the painting.

If this painting is in fact by Da Vinci, the Salvator Mundi is one of fewer than 20 surviving paintings by the Renaissance Master. In any event, this is the highest price ever paid for a work of art at Christie’s or Sotheby’s

Academics who supported the attribution included Leonardo expert Martin Kemp, Emeritus Professor of History of Art at Trinity College, Oxford, who according to the Guardian, told an audience at the Cheltenham literature festival last October that the reasons as to why the painting had yet to be exhibited since the auction was not due to doubts about the attribution.

Abu Dhabi opened its branch of the Louvre brand on November 8 2017. French President Emmanuel Macron, who described the new museum as a “bridge between civilisations.” attended and officiated at the event. The Paris Louvre has exchanged expertise, works of art and exhibition curation in return for a billion euros ($1.16 billion). Over 600 objects and paintings have been loaned to the museum. The Prince is a close friend of the Abu Dhabi crown prince.

The work was sold to the Russian billionaire Dmitry Rybolovlev who purchased the da Vinci painting for $127.5 million in 2013. He sued the vendor who brokered the deal for overcharging him, and now he has just sold it for $450.3 million. Despite selling the ‘Salvator Mundi’ painting for a world record price, Rybolovlev has not withdrawn his lawsuit against Swiss art dealer Yves Bouvier.

2011, saw the dramatic public unveiling of Salvator Mundi (‘Savior of the World’) in the exhibition Leonardo da Vinci: Painter at the Court of Milan, at The National Gallery, London. The painting caused a worldwide media sensation, not always for the right reasons. The painting’s authenticity is still widely questioned by many experts, while the issue of overpainting, restoration and conservation will always be an underlying issue.

An exceptional exhibition on Leonardo da Vinci will be presented at the Musée du Louvre in the fall of 2019. A unique group of artworks that only the Louvre could bring together, in addition to its outstanding collection of paintings and drawings by the Italian master.