The Irish/American Abstract Artist Sean Scully has announced that he is to be represented by Blain| Southern in London. This follows over twenty successful years with Timothy Taylor in Mayfair.

This is going to be a busy time for Scully with a major Museum show opening in Moscow next week. The Multimedia Art Museum will host the first of two shows in Russia, starting on 3 November 2017.

The show is curated by one of Russia’s leading authorities Olga Sviblova. Sean Scully: Facing East is a career-spanning solo exhibition of works by the artist. The exhibition will travel to the State Russian Museum, St Petersburg from 15 February – 9 April 2018. This follows a series of well-received exhibitions in China. 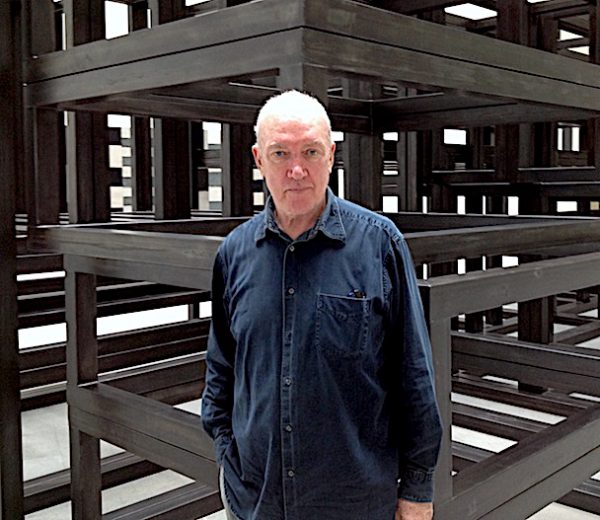 A retrospective is also in the works for the Philadelphia Art Museum and London’s National Gallery will exhibit several works by the artist to be announced shortly.

Sean Scully was born in Dublin in 1945, was brought up in London and immigrated to the States in 1975. He currently lives and works in New York and outside Munich. He studied painting at the Croydon College of Art (London) and Newcastle University (England), received a Graduate Fellowship from Harvard University in 1973, a Guggenheim Fellowship in 1983, and Honorary Degrees, Doctorate of Fine Arts from The Massachusetts College of Art (Boston) and the National University of Ireland (Dublin). He has been nominated for the Turner Prize twice.

Scully creates art that is globally universal. His works are typically constructed from panels of striped colour, occasionally within an architectural structure, like a wall as opposed to flat panels. The subtle combinations and interplays of his block colours facilitate this simple condition. The simplicity allows enormous scope for interpretation – it is a mode of construction – evoking anything from the visuality of a patriotic flag to the division of fields in his home country of Ireland, or any country for that matter. Commentators have noted the influence of Nietzsche, or more locally James Joyce and Samuel Beckett. There is also an evident Constructivist influence, and Scully has professed his love of Malevich.

Other readings delve into the spiritual aspect of the meditative motion of making innumerable paintings from building blocks of colour, and more specifically the religious history of Ireland, or the rigours of Catholicism in particular. Scully’s difficult childhood and later personal traumas have been documented and find their outlet in this process. His continuing practice of the processes in almost religious fashion seeks a sense of the eternal and permanence: In 2014 he completed an installation at the 10th-century Romanesque church of Santa Cecília on Montserrat, Spain. His embellishments will similarly last another millennium.

These factors contribute to a universal quality in the work that has ensured his success on a global scale: his works feature in many of the major international museums. Scully is perhaps the most successful western artist in China, loved by Europe, America and Russia, It’s no wonder the art market shines so favourably on his work.