The founder of the British Museum Sir Hans Sloane has had his bust removed from a prominent position in the gallery due to his connection to the slave trade. The statue, currently in a cupboard, will now make up part of a display which acknowledges colonial oppression.

We have pushed him off his pedestal. We must not hide anything. Healing is knowledge – BM Director

Hartwig Fischer, the institution’s director, told the Daily Telegraph “We have pushed him off his pedestal. We must not hide anything. Healing is knowledge.”

“Sloane married the widow Elizabeth Langley Rose In 1695. Her first husband had been “one of Jamaica’s leading slave owners, reckoned to be one of only six colonists who regularly purchased hundreds of Africans in the 1670s.” She inherited the estate, and that became Sloane’s when he married her a year after her first husband’s death;” The New Republic reveals.

A physician by trade, Sir Hans Sloane was also a collector of objects from around the world. By his death in 1753 he had collected more than 71,000 items. Sloane bequeathed his collection to the nation in his will, and it became the founding collection of the British Museum. 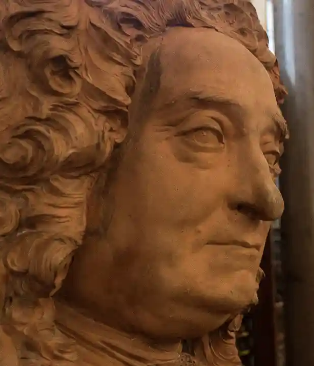 He was born in Killyleagh, Ulster, in the North of Ireland, in relatively modest circumstances as the third son of migrants from Ayrshire in Scotland. Inspired by a childhood interest in natural history, and his Protestant upbringing, he studied medicine and botany in London, Paris and Montpellier, taking his MD from Orange.

In 1689, Sloane set up a successful medical practice at his home in No. 3 Bloomsbury Place in London – coincidentally just along the street from the present Museum building. He had several wealthy and aristocratic patients, among them Queen Anne and Kings George I and II.

An innovative doctor, Sloane promoted inoculation against smallpox, the use of quinine (a treatment for malaria) and the health-giving properties of drinking chocolate mixed with milk. He became President of the College of Physicians in 1719 and succeeded Sir Isaac Newton as President of the Royal Society in 1727 – although he had played a leading role in the society since 1693 when, as Secretary, he revived and expanded its Philosophical Transactions.

Sloane’s career as a collector began in 1687 when he sailed for Jamaica, then an English colony, as physician to the colony’s new Governor, the Duke of Albemarle. It was enslaved men, women and children from West Africa who made Jamaica profitable through their labour, as the English began importing them in greater and greater numbers in the late 17th century. Sloane worked as a doctor on slave plantations and, with assistance from both English planters and enslaved West Africans – Akan men and women mainly from present-day Ghana and Cote d’Ivoire – assembled a collection of 800 plant specimens, as well as animals and curiosities.

These would form the basis for his comprehensive work of natural history, A Voyage to the Islands Madera, Barbados, Nieves, S Christophers and Jamaica (2 vols, 1707–1725).\On returning from the Caribbean, Sloane married Elizabeth Langley Rose, heiress to sugar plantations in Jamaica worked by enslaved people, profits from which contributed substantially to his ability to collect in the ensuing years, in addition to his medical income. 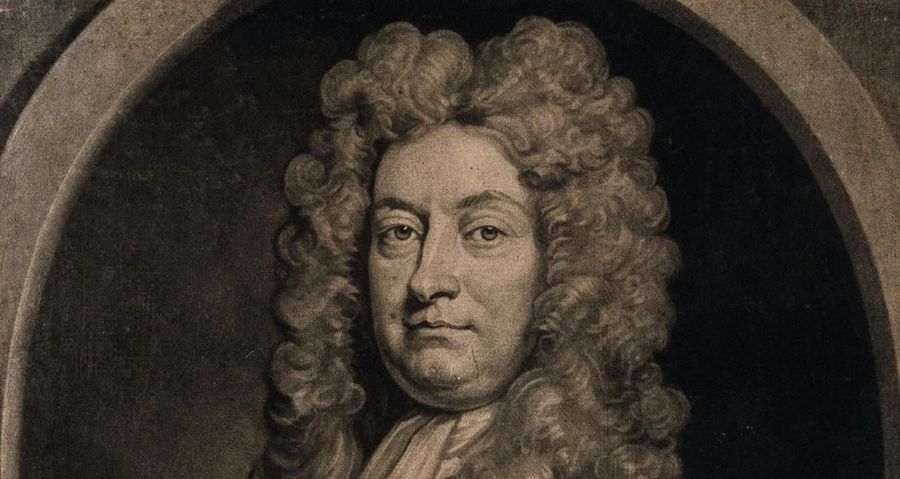 Sloane built up his vast collections in the decades after Jamaica through two principal means. He absorbed complete collections made by others, often friends such as William Charlton (Courten) (1642–1702) and James Petiver (d. 1718). Sloane bought numerous natural and artificial curiosities from travellers and colonial settlers around the expanding British Empire, ranging from North America and the West Indies to South and East Asia.

As a result, Sloane’s collections outgrew the house at No. 3 Bloomsbury Place, and he purchased No. 4 as well. Many people visited them during his lifetime, mainly scholars and dignitaries, among them was the composer Handel who’s said to have outraged his host by placing a buttered muffin on one of his manuscripts.

In 1742, Sloane moved with his collections to the manor house in Chelsea (the former residence of King Henry VIII, on what became Cheyne Walk), where he also became a significant landowner. His home there is still commemorated by such place names as Sloane Square and Hans Crescent on land still owned by his descendants, the Cadogan family. Sloane died at the age of 92 in 1753 and was buried at Chelsea Old Church.

The British Museum reopens to the public on 27th August (post-COVID). The Museum has had a major revamp of its Collection Online, one of the most expansive online museum collection databases from any global museum.  The brand new Collection Online can be found here