The Art Fund’s Museum of the Year 2019 has been awarded to St Fagans National Museum of History, near Cardiff. The prize winner was presented with a £100,000 prize by the artist Jeremy Deller, at a gala ceremony at the Science Museum, London last night (3 July 2019). This is the UK’s most prestigious annual museum prize.

The winner was chosen from five finalists: HMS Caroline (Belfast), Nottingham Contemporary, Pitt Rivers Museum (Oxford), St. Fagans National Museum of History (Cardiff) and V&A Dundee. Each of the other finalist museums receives a £10,000 prize in recognition of their achievements. Wales’ most visited heritage attraction, St Fagans explores the history and culture of the country. This living history museum just outside Cardiff includes over 40 historical buildings, transported from across Wales, which have been faithfully re-erected and set within 100 acres of parkland. 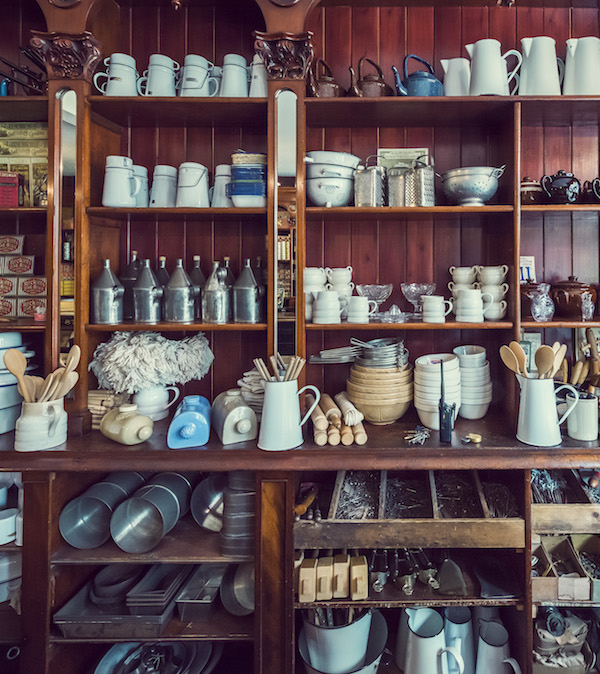 ​​​​​​​Last year the museum completed its Making History project, a £30 million redevelopment to become Wales’ National Museum of History, opening new galleries and workshop spaces and transforming its visitor experience. A beautifully restored 1970s entrance building now offers a warm welcome to all visitors. Volunteers helped recreate Llys Llewelyn, a 13th century Prince’s Court, based on archaeological evidence from Anglesey. Bryn Eryr is St Fagans’ newest oldest building – iron Age roundhouses recreated based on an archaeological site from the time of the Roman conquest. Meanwhile, Gweithdy (Welsh for ‘workshop’) is a new eco-friendly space surrounded by woodland, where visitors can celebrate and learn the centuries-old skills of makers. Working in partnership with makers and community organisations, children and adults can now experience a wide range of craft skills including, quilting, pottery, stone carving and woodworking.

The redevelopment has provided an eight-fold increase in dedicated learning spaces. They have created an active participatory learning environment, underpinned by the new Weston Centre for Learning, designed with the Youth and Teacher Fora. Since the opening of the Weston Centre for Learning in September 2017, 67,384 children have used the Centre. The long-term active involvement of 120 third and public sector partners has transformed St Fagans learning programmes, supporting skills, creativity and health and wellbeing.

Throughout the six-year development, the museum remained open, welcoming 3 million visitors. 720,000 people were involved in shaping the museum’s transformation through an imaginative public programme – reflecting the museum’s aim to create history ‘with’ rather than ‘for’ the people of Wales

Among the 400 guests at the dinner hosted by Stephen Deuchar, director, Art Fund, were:

Art Fund awards the Art Fund Museum of the Year annually to one outstanding museum, which, in the opinion of the judges, has shown exceptional imagination, innovation and achievement across the preceding 12 months. It is the most significant arts award in Britain and the most prestigious museum award in the world.

Stephen Deuchar, Art Fund director and chair of the judges for Art Fund Museum of the Year 2019 said, ‘St Fagans lives, breathes and embodies the culture and identity of Wales. A monument to modern museum democracy, it has been transformed through a significant development project involving the direct participation of hundreds of thousands of visitors and volunteers, putting the arts of making and building into new contexts – social and political, historical and contemporary. This magical place was made by the people of Wales for people everywhere and stood as one of the most welcoming and engaging museums anywhere in the UK.’

Art Fund Museum of the Year 2019 judge, Bridget McConnell, said, ‘Everyone I met and saw at St Fagans’ was in a constant, lively conversation about their shared history, culture and lived experiences. This is their place – and it is strongly felt on every visit. It is heartening that the museum’s primary supporter, the devolved Welsh government, has put culture at its core for the comprehensive benefits of everyone in the country. This is truly a role model museum, and thanks to the Art Fund Museum of the Year, the world will now see its groundbreaking work.’

The Art Fund Museum of the Year 2019 finalists were:

HMS Caroline, Belfast
As the last remaining British light cruiser ship from the First World War and the Royal Navy’s sole survivor from the Battle of Jutland, the most massive sea battle of the First World War, HMS Caroline offers an extraordinary insight into naval history, maritime warfare and the story of the Irish sailor. After averting plans to scrap the ship, an ambitious £20 million project to rescue, conserve and restore HMS Caroline was completed in 2018. The ship now offers an inclusive and accessible space for everyone to enjoy. An innovative learning programme and an immersive introductory exhibition in the newly renovated Victorian pump house surrounding the ship brings HMS Caroline’s long history and a 90-year presence in Belfast alive.

Nottingham Contemporary
Since opening in 2009, Nottingham Contemporary has reached over 2 million people through its contemporary art exhibitions and engagement activities. Last year contained several watershed moments for the gallery, in which three critically acclaimed shows shined a light on the work of women artists, and on overlooked and marginalised cultural practices. Virtual reality tours of the exhibitions allowed online visitors across the world to engage remotely. In 2018, the gallery also presented innovative performance art and ran educational programmes aimed at families, pupils, teachers and women in difficult circumstances, which saw a 25% increase in participation within these groups.

Pitt Rivers Museum, Oxford
Showcasing one of the most important collections of anthropology and archaeology, the Pitt Rivers Museum is remarkable for its singular approach to the presentation of objects and its willingness to encourage new interpretations. In 2018, the museum embarked on a series of innovative programmes: ‘Hope’ asked radical questions about their collection’s colonial past, ‘Making’ examined the link between making objects and health, ‘No Boundaries’ worked with refugees to reinterpret collections, and ‘No Binaries’ encouraged queer responses to the museum’s collections to celebrate diversity and challenge prejudices. The museum’s 600,000 substantial collections of objects and new creative programmes brought in a record-breaking 502,000 visitors last year.

V&A Dundee
In September 2018 V&A Dundee opened its doors after 11 years of planning and construction, becoming the UK’s first design museum outside London. At the heart of Dundee’s waterfront, the building designed by Kengo Kuma is both a striking intervention and a feat of engineering. The museum showcases international design alongside the outstanding achievements of Scotland in the museum’s permanent Scottish Design Galleries and a programme of significant exhibitions. Born from a unique partnership between the V&A, local government, universities, enterprise and communities, the new museum has helped regenerate the area, with 100,000 people interacting with the museum’s pre-opening programme and over 500,000 people visiting since it launched.