The START fair (15-18 Sept) is well-served by the Saatchi Gallery as a venue, and it’s an interesting mix of 60+ galleries from 35 cities.  I won’t pretend that the quality is generally high. It’s badged as focusing on emerging artists, but most of those shown will probably never be all that visible. But it’s not a write-off. Here are half a dozen booths to look out for if you’re there. 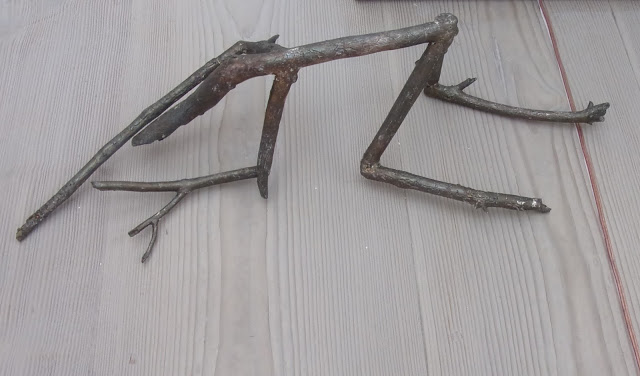 Kristof Kintera: Praying Wood, 2014
Prague’s DSC Gallery (at stand 5.1) shows several seriously worthwhile Czech and Slovak artists. Kristof Kintera combines and silver-sprays found branches to make his Praying Wood figures, which I took to represent how we ought to subordinate our desires to the needs of the environment as well as suggesting the uselessness of any sylvan appeal to forest-clearers to desist. 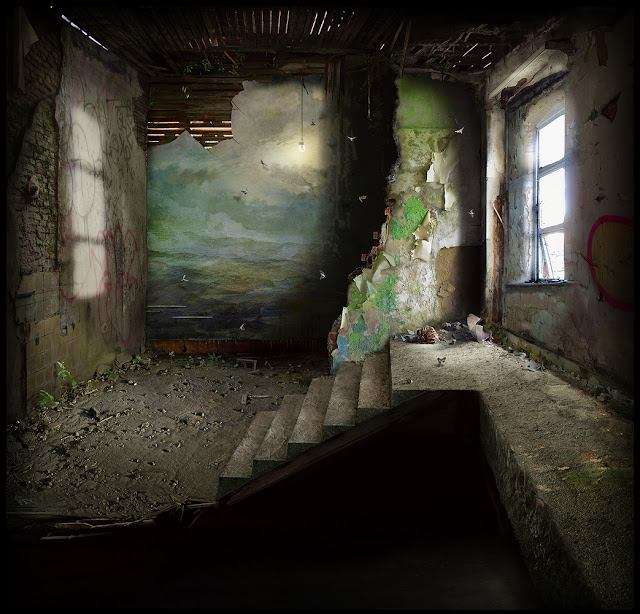 Suzanne Moxhay: Mezzanine, 2015
One of the solo projects sees the reliable Suzanne Moxhay achieving elegiac effects in her photos of stage set-like collages combining her own images of derelict sites with found images, beautifully lit to ambiguate the space. She’s British, but it’s the Indian gallery THE LOFT (at 11.8) who presented the most Moxhays I’ve seen at one go.

Adam Magyar: Urban Flow 1865, New York, 2015 (detail)
Adam Magyar at Faur Zsofi (7.2).  The suitably-named Hungarian photographs a super-narrow (in fact, pixel-wide) vertical section of the streetscape repeatedly at 300 shots a second – as in sports’ photo-finish technology. That yield pin-sharp and yet distorted parades of passers-by, better seen at www.magyaradam.com than above. Hungary does well at START, as ART + TEXT BUDAPEST at 1.4 is also one of the best stands 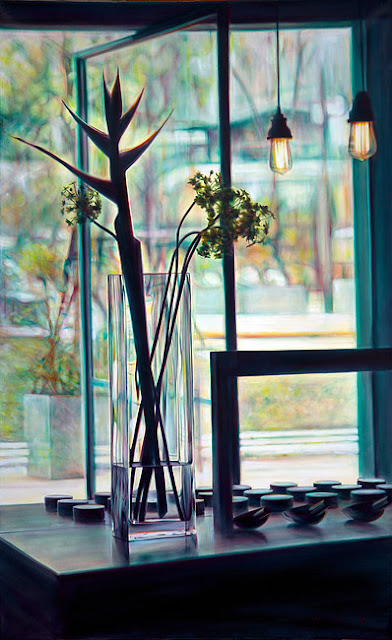 Minchung Huan: Out of the Window, 2016
It was a good idea to dedicate a room (‘Future Island’, curated by Mehta Bell Projects) to an ‘emerging place’, this year Taiwan. Minchung Huan generates a compellingly alienating effect akin to 3D images seen without 3D glasses, mainly by manipulating scale (Out of the Window is 1.45 metres high) and colour (no use of blue). 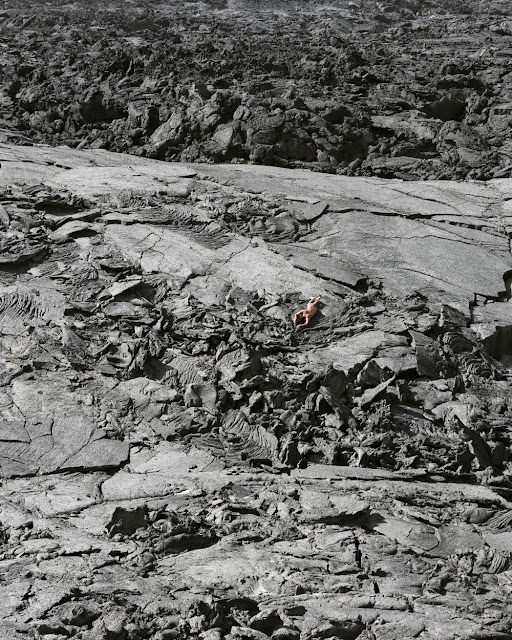 Ruben Brulat: Joyaux brisés, Danakil, 2014 – Self-portrait
I’ve previously been impressed by young French photographer Ruben Brulat’s photographs of volcanic landscapes with remote nude figures. Now (at LAMB Arts / NContemporary, 8.4) his process is documented with video and performative paintings which use the materials – ash, dirt, sulphur – to hand – and its him who’s exposed in the landscape . 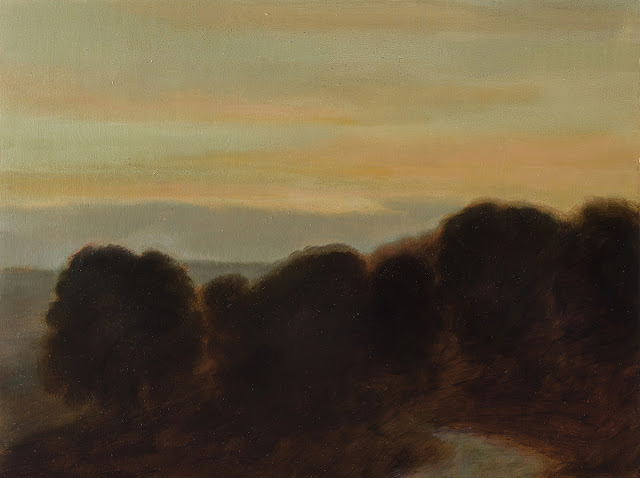 Fergus Hare: A Path Through The Trees , 2015
There is plenty of ominous work. New Art Projects (14.3) has the quietest. Fergus Hare’s small memory-based paintings of the sky on the cusp of darkness, along with cloud studies drawn at a similar hour, and two paintings alluding to outer space via rocket and satellite dish, make for an effective cycle.