Part of a collection of Hans Hofmann paintings stolen in 2004 from a New York City-based fine art storage facility has been recovered. Working with the NYPD and the FBI, Art Recovery International negotiated the release of one of the paintings. The attorney for the gallerist in possession of the artworks is currently under a confidential settlement agreement. Art Recovery International was representing the Insurer. The New York-based painter, who died in 1966 was recently exhibited in London in ‘Abstract Expressionism’ an exhibition at the Royal Academy.

The painting’s owners were delighted at the recovery of the works, ten years after they were taken from a fine art storage unit in Manhattan. The paintings, currently valued at over half a million dollars were put into storage at Cirkers Hayes warehouse in 2003, by the Hans and Maria Hofmann Trust. 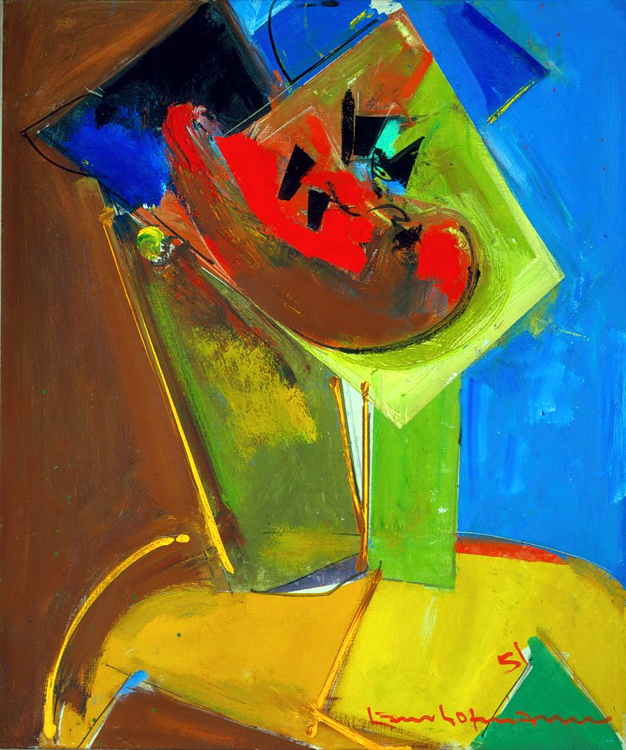 Art Recovery said, “the thefts were an inside job by a longtime Cirkers caretaker, John Rett, “used the storage facility as his Personal shopping center, removing hundreds of thousands of dollars worth” of paintings and sculptures and selling them through venues—including auction houses, galleries, and art dealers—all over the world.” Rett was the trust’s contact over the period that the works went missing.

One of the Hofmann paintings was consigned to Heritage Auctions New York but remained unsold. The painting was later consigned to Swann Galleries in New York where it was spotted by Art Recovery International. The Swann vendor, a known New York City dealer, revealed four more stolen works by the artist. A sixth painting, titled Arcanum, is still missing.

“I’ve seen this all before,” said Art Recovery International CEO Christopher Marinello in a statement. “A classic case of all too often repeated insider theft on a grand scale. Thieves take advantage of the so-called legitimate distribution network for stolen artwork and the lack of interest in serious due diligence by the art trade.” Marinello says he still sees a reluctance by the trade to “pay the cost of proper due diligence out of fear that it will get in the way of earning a profit.”

Hofmann work Lava (1960) recently set a record price selling at $8.9 million at Christie’s New York. Twenty-five other Hofmann paintings have sold for more than $1 million in the last few years.

Hans Hofmann (1880–1966) was a leading figure of postwar American art. Celebrated for his exuberant, color-filled canvases, and renowned as an influential teacher for generations of artists—first in his native Germany, then in New York and Provincetown—Hofmann played a pivotal role in the development of Abstract Expressionism.

Between 1900 and 1930, Hofmann’s early studies, decades of painting, and schools of art took him to Munich, to Paris, then back to Munich. By 1933, and for the next four decades, he lived in New York and in Provincetown. Hofmann’s evolution from foremost modern art teacher to pivotal modern artist brought him into contact with many of the foremost artists, critics, and dealers of the twentieth century: Henri Matisse, Pablo Picasso, Georges Braque, Wassily Kandinsky, Sonia and Robert Delauney, Betty Parsons, Peggy Guggenheim, Lee Krasner, Jackson Pollock, and many others. His successful career was shepherded by the postwar modern art dealer Sam Kootz, secured by the art historian and critic Clement Greenberg, and anchored by the professional and personal support of his first wife, Maria “Miz” Wolfegg (1885–1963).

Already 64 by the time of his first solo exhibition at Art of This Century in New York in 1944, Hofmann balanced the demands of teaching and painting until he closed his school in 1956. Doing so enabled him to renew focus on his own painting at during the heyday of Abstract Expressionism, and for the next twenty years, Hofmann’s voluminous output—powerfully influenced by Matisse’s use of color and Cubism’s displacement of form—developed into an artistic approach and theory he called “push and pull,” which he described as interdependent relationships between form, color, and space. From his early landscapes of the 1930s, to his “slab” paintings of the late 1950s, and his abstract works at the end of his career upon his death in 1966, Hofmann continued to create boldly experimental color combinations and formal contrasts that transcended genre and style.