Sue Davies, who founded The Photographers’ Gallery in London’s Covent Garden in 1971 has died age 87. The Gallery was the world’s first independent space devoted to photography and photographers. Her passion, determination and belief in photography – not just as an art form, but as one of the most potent means of reflecting and changing the world around us, laid the foundations for the Gallery’s raison d’ être.

Davies was Director of the Gallery from 1971 – 1991 and worked tirelessly to garner financial and creative support for its exceptional programme of informed, imaginative, often provocative, exhibitions. From the outset, they encompassed a broad range of topics and forms and introduced [often unknown, always interesting] international photographers to a UK audience. Her commitment to emergent talent and the development of the form remain one of her greatest legacies for both the Gallery and photography more widely. She will be very much missed. 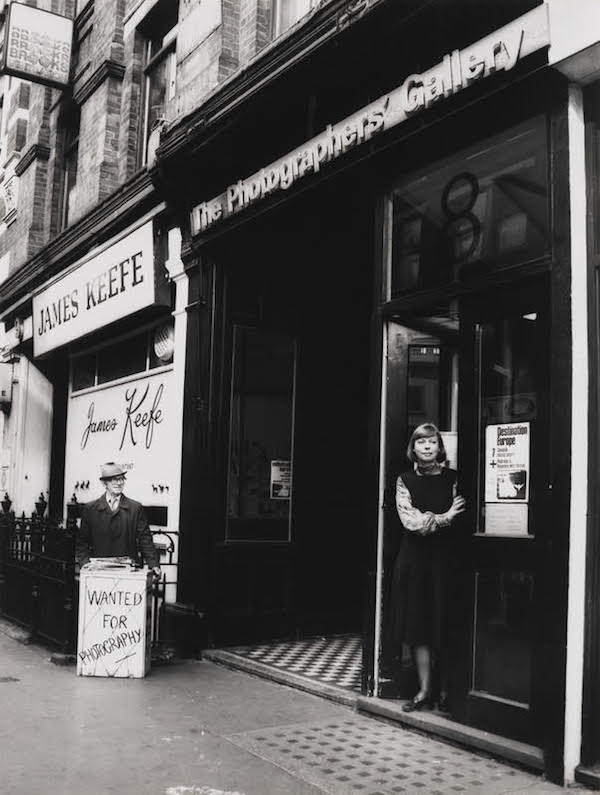 Brett Rogers, OBE, Current Director of TPG: ‘When Sue decided in 1970 that London needed a dedicated space for photography, she had no idea that her passion and determination would result in the world’s first independent Gallery devoted to the medium or indeed pave the way for so many others to follow.

TPG begun its life in an old Lyons tea room in Covent Garden in 1971 and from the very outset offered a vibrant hub for photographers and a place for visitors to encounter exceptional international photography. Sue’s vision for the Gallery was rooted in a spirit of collaboration. From the outset, she gathered a group of like-minded people to work with her to ensure that TPG was first and foremost a place for photographers to exhibit, share, meet and sell their work. Equally she wanted to offer an environment to inspire, educate and inform audiences about the pivotal – and unique – role photography plays in our lives and communities. These principles continue to inform the Gallery’s mission today.

We are devastated that Sue won’t be with us as TPG celebrates its 50th anniversary in 2021. Without her extraordinary foresight, the many personal sacrifices she made and her commitment to supporting and exhibiting photographers, TPG wouldn’t be where and what it is today.’

Her family have released the following statement: ‘Four days after her 87th birthday, Sue Davies has passed away, surrounded by her family in Hereford.

First and foremost a sister, mother, grandmother and great grandmother, Sue extended her generous heart to friends across the globe. The world of photography will miss the Founder of The Photographers’ Gallery. She established a significant place in the role and history of the medium and showed illuminating and influential exhibitions by both famous and emerging photographers.

Sue Davies will be remembered for her passion, her intuition and vision. She will also be remembered as a good mah-jong and bridge player, a lively member of Chelsea Arts Club and fun, intelligent and feisty.’