The multidisciplinary artist Tacita Dean has been awarded the Robson Orr TenTen Award 2019 by the Government Art Collection (GAC). The new work was unveiled at the Foreign and Commonwealth Office today Friday 27 September 2019 by Sir Simon McDonald, Permanent Under-Secretary for Foreign and Commonwealth Affairs and Head of HM Diplomatic Service, and Penny Johnson, Director of the GAC.

The Robson Orr TenTen Award is presented jointly by the Government Art Collection with Outset Contemporary Art Fund and is sponsored by leading philanthropists Sybil Robson Orr and Matthew Orr. Every year a British artist is commissioned to create a unique, limited edition print to be shown in diplomatic buildings across the world. A small number are available for purchase through a collaboration with the pioneering philanthropic arts organisation Outset to raise funds for the GAC acquisition fund. The 10-year scheme was launched last year with the inaugural award given to the artist Hurvin Anderson. 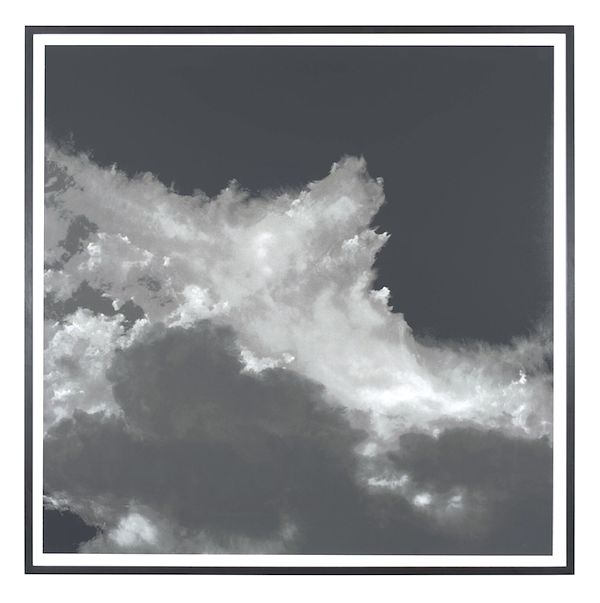 Tacita Dean’s specially commissioned print, Foreign Policy (screenprint edition) 2019, is an interpretation of a similarly titled large-scale work drawn in chalk on blackboard from 2016, currently on loan by the artist to Sir Simon McDonald at the Foreign and Commonwealth Office. The original work, Foreign Policy 2016, was drawn specifically with its destination in the Foreign Office in mind and simultaneously evokes the challenge of capturing the mutability of clouds and an epoch of unprecedented global change and uncertainty.

Dean’s cloud collection began in 2014 following her move from Berlin to Los Angeles, where she describes a seminal encounter with a ‘voluminous atomic cloud blooming’ across Sunset Boulevard ‘on pure azure without transitional haze nor other, lesser clouds for company’. Since declaring California as ‘the place for clouds’, the artist has drawn them in chalk on blackboards and spray chalk on slates, ‘found them on postcards, painted round them, photographed and printed them’.

Known foremost for her work in film and commitment to preserving this medium for the future, Tacita Dean’s multidisciplinary practice encompasses drawing, painting and photography. The year 2018 cemented Dean’s reputation as one of the UK’s foremost artists to have emerged in the 1990s, as the National Portrait Gallery, Royal Academy and The National Gallery collaborated to present Landscape, Portrait, Still Life, three separate exhibitions dedicated to the different genres in her work. Dean was a nominee for the Turner Prize in 1998, won the Hugo Boss Prize in 2006, and was elected to the Royal Academy of Arts in 2008. She was artist in residence at the Getty Research Institute 2014-15 and lives and works between Los Angeles and Berlin.

Penny Johnson CBE, Director of GAC, said: “We were thrilled that Tacita Dean accepted our invitation for the 2019 TenTen Commission. Foreign Policy (screenprint edition) 2019 is a beautiful, striking work which will be seen by an international audience around the world and considerably enhance the Government Art Collection.”

Candida Gertler Co-Founder of Outset Contemporary Art Fund, said: “Outset is delighted to have established this fruitful private/public partnership, now in its second year, that continues to grow and flourish as we see important British artists depict our very culture each year. Outset has always been at the forefront of supporting culture at its very core – the artists, the institutions, the thinkers and the supporters. But it is the building of a lasting legacy that is fundamental to these private/public projects, and that led me to conceive the organisation that is Outset. We are going to see a remarkable body of work in 2028, reflecting how the UK navigated these ten years. We couldn’t be more delighted to be here at the very Outset of this significant partnership.”

Tacita Dean was born in Canterbury in 1965. She is best known as an artist who works with film. Her 16 and 35 mm films express something that is purely rooted in cinema itself. Though analogue film is central to her practice, Dean also works in a variety of other mediums including photography and drawing.

In 2014 Dean became an artist in residence at the Getty Research Institute; she was awarded the Kurt Schwitters Prize in 2009; the Hugo Boss Prize in 2006 and received a DAAD Fellowship 2001-2. She was elected to the Royal Academy of Arts in 2008.

In 2011-12, her piece FILM was featured in the Turbine Hall at Tate Modern as part of the Unilever Series.

In 2018, Dean’s work was the subject of an unprecedented collaboration between three London museums: National Gallery: Still Life, National Portrait Gallery: Portrait and Royal Academy: Landscape. These three exhibitions were shaped by her response to the individual character of each institution and explored different genres through the lens of Dean’s own practice.

The Dante Project, a collaboration with choreographer Wayne MacGregor and composer Thomas Ades, will receive its world premiere at the Royal Opera House in spring 2020.

She was appointed a CBE in 2019. She works between Berlin and Los Angeles.