Cuban Artist Tania Bruguera has opened, today 1 October the third presentation of the highly ambitious Tate Exchange programme alongside this year’s Hyundai Commission, also created by the artist. Her large-scale installation reveals a series of clever ploys in an ever-changing surface which reacts to the body by leaving a shadow impression where it comes into contact of the figure.

Bruguera wants to break down our emotional barriers to combat apathy

In the visual tradition of the French artist Yves Klein, the artist and activist has created this work in response to the crisis in migration. Bruguera has focused on the status of the neighbour and what it means to act and interact locally. She invites visitors to take part in symbolic actions in the Turbine Hall, from revealing a portrait of a person’s face hidden beneath a heat-sensitive floor, to crying under the influence of an organic compound. 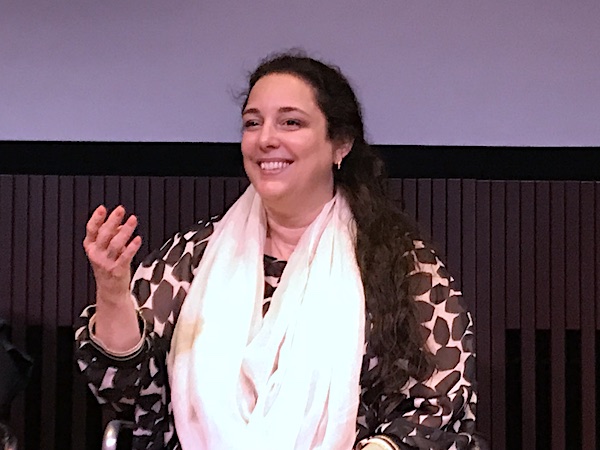 She has also worked with Tate Modern’s neighbours to create direct action: institutional changes that include renaming part of the museum itself. This project is the fourth annual Hyundai Commission, a series of site-specific works created for the Turbine Hall by renowned international artists, as part of the partnership between Tate and Hyundai Motor.

The work’s title is an ever-increasing figure – the number of people who migrated from one country to another last year added to the number of migrant deaths recorded so far this year – to indicate the sheer scale of mass migration and the risks involved. Rather than being printed on posters or labels, this changing numeric title is stamped directly on visitors’ hands. While such statistics can feel anonymous and overwhelming, Bruguera aims to counterbalance them by focusing on the acts of individuals.

She has brought together a group of 21 people who live or work in the same postcode as Tate Modern to explore how the museum can learn from and adapt to its local community beyond the duration of the commission. As one of their first actions, Tate Modern’s north building, the Boiler House, has been renamed in honour of local activist Natalie Bell, chosen for her positive contribution to the lives of others in SE1. The renaming, which will be in effect for one year, recognises the value of community work for society. This idea is explored further in a manifesto written by the neighbours proposing a culture of connection and mutual commitment, which automatically appears to visitors as they sign-in to the gallery’s free WiFi. 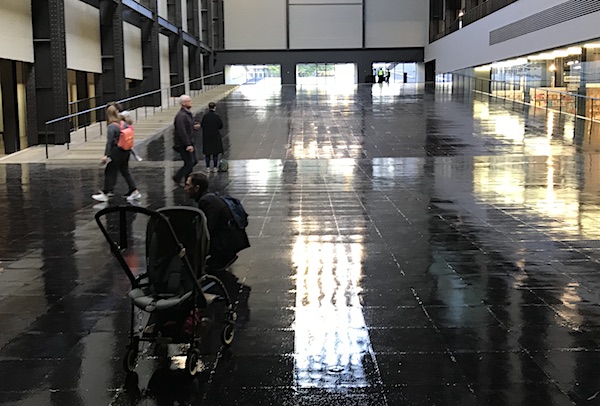 Visitors will encounter further surreptitious disruption within the Turbine Hall. Low-frequency sound, made in collaboration with sound artist and founder of Hyperdub records Steve Goodman (known as Kode9), charges the space with unsettling energy and a sense that something is changing. The hall is also covered in a seemingly everyday black floor, beneath which is hidden an enormous image chosen by Natalie Bell. It depicts the face of a young man who left Syria in 2011 and found emotional and practical support through SE1 United, a local charity that Bell helps to run. Bruguera sees this image as a ‘horizontal mural’, so large it can only be read from a distance but hidden so it can just be made visible by those within touching distance. Visitors can try to reveal this giant portrait through collective action with their immediate neighbours in the hall, touching the heat-sensitive material on the floor to expose the image beneath.

In an age when the 24-hour news cycle presents migration as a never-ending crisis beyond our control, Bruguera also wants to break down our emotional barriers to combat apathy. While the Turbine Hall provides a place to explore the power of collective action, an adjoining room offers a very different experience. A contained organic compound is released into this space to induce tears and provoke what the artist describes as ‘forced empathy’: a physical reaction through which she hopes to trigger a shared emotional response. 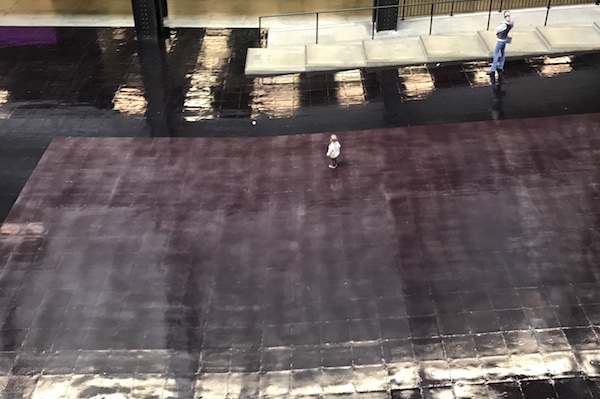 Hyundai Commission: Tania Bruguera is curated by Catherine Wood, Senior Curator of International Art (Performance) and Isabella Maidment, Assistant Curator of PerformanceThe artist has also helped to shape the programme of events and activities in this dedicated space on level 5 of Tate Modern’s Blavatnik Building. Bruguera is renowned for creating art that addresses major political issues, often looking at institutional power, borders and migration. For Tate Exchange, her work will address what it means to be a neighbour and how to create change where you live.

Tania Bruguera was born in Havana, Cuba in 1968 and currently lives and works in Havana and New York. She studied at Escuela de Arte San Alejandro and the Instituto Superior de Arte in Havana and the School of the Art Institute of Chicago. She has orchestrated large-scale projects around the world, including Cátedra Arte de Conducta in Havana and Immigrant Movement International in New York and has taken part in the Havana Biennial, São Paulo Biennial, Venice Biennale, Documenta; Istanbul Biennial, Shanghai Biennial and Gwangju Biennial. Solo exhibitions of her work have been staged at the Museo Nacional de Bellas Artes in Havana, Neuberger Museum of Art in New York, Van Abbemuseum in Eindhoven; Centre Pompidou in Paris; Yerba Buena Center for the Arts in San Francisco, and MoMA, New York.

Tate Exchange examines art and its importance to society with public and external organisations, tackling subjects such as migration, homelessness, mental health and identity. Tate Exchange’s Associates include charities, universities and healthcare trusts as well as smaller organisations from a wide range of disciplines involving, among others, architects, writers, health professionals and musicians. Admission is free.