An exhibition of 20 newly-commissioned artworks celebrating London women was unveiled in public spaces across the city today Thursday 18 October. In conjunction with the Mayor of London and the London Tate Collective team, Tate’s group for 16 to 25-year olds, artists have been commissioned to create work featuring women who have played a crucial role in London’s history, but have been largely overlooked. Among the celebrated women are reporter and activist Jackie Foster, suffragist Lolita Roy, suffragette Adelaide Knight and the women who built Waterloo Bridge.

Tate Collective are passionate about art accessibility for young people

The Tate Collective team in London have been engaged over six months in the selection of artists with whom they had worked through Tate Collective events or had known about through their own networks. Among those they commissioned were Heather Agyepong, Joey Yu and Jasmin Kaur Sehra.

The exhibition entitled LDN WMN will highlight the underrepresentation of women in art and provide a platform for talented, young artists in London. It will see ambitious artworks displayed from 18 to 28 October in public locations, from Brixton to Alexandra Palace and from Victoria to Camden. The work will include large installations, paintings and digital graphics, and will bring the hidden stories of London’s campaigning and pioneering women to life on the streets of the city.

The exhibition is the latest part of the Mayor of London’s year-long women’s equality campaign, #BehindEveryGreatCity, to mark the centenary of the first women in the UK winning the right to vote, and drive forward gender equality across the city.

Maria Balshaw, Director of Tate said: ‘We are delighted that members of Tate Collective London team were invited to curate this exciting initiative, highlighting the creativity of emerging artists and celebrating exceptional women. They have brought together an outstanding selection of young artists. It will be thrilling to see these artworks unveiled across London.’

Justine Simons, OBE, Deputy Mayor for Culture and Creative Industries, said: ‘Today, a host of remarkable women are being honoured by a new generation of talented artists. As we mark 100 years since the first women secured the right to vote, it’s high time we make sure Londoners know the stories of these powerful figures in our history, who have been overlooked for too long. These 20 artworks in 20 different locations across the capital bring inspiring art to Londoners and visitors to our capital and provide a high-profile platform for exceptional artists too.’ 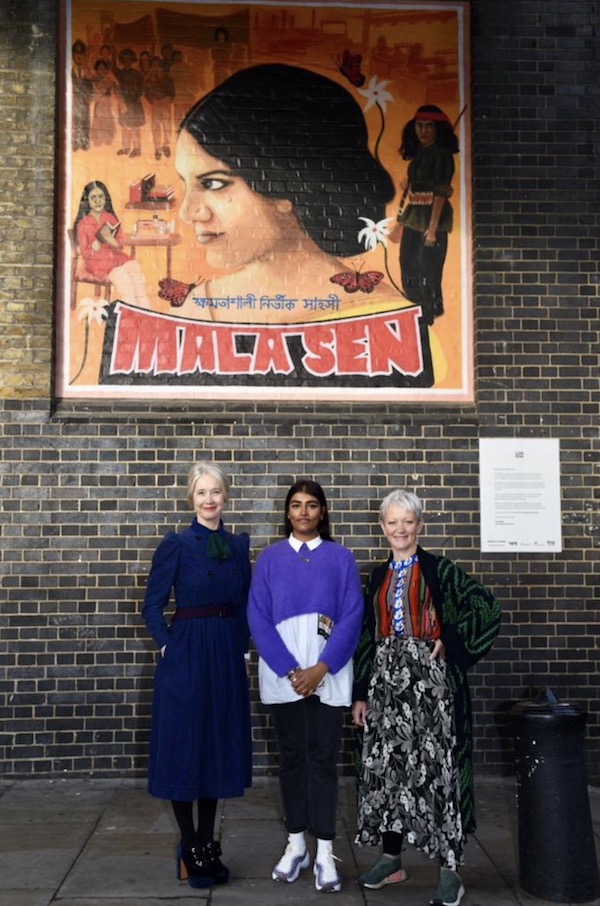 Tate Collective said: ‘Tate Collective are passionate about art accessibility for young people, especially the making of art which engages in new and exciting ways and encourages people who feel excluded from the art world. That’s why LDN WMN was such an exciting project to curate; putting the artworks in public spaces makes art accessible in our everyday life. We have commissioned a mix of contemporary artists to represent the stories of important, but underrepresented historical women, navigating identity, culture and freedom in London and beyond.’

For more information about the project please contact communitydesk@london.gov.uk 020 7983 4796

For full details about of the artworks and a map of the locations, please visit https://www.tate.org.uk/whats-on/other-venue/festival/ldn-wmn

To mark the centenary of the first women in the UK winning the right to vote, and to drive forward gender equality across the city today, the Mayor has launched a year-long women’s equality campaign: #BehindEveryGreatCity.

The campaign will include a year-long programme of public art by women artists on London Underground and the unveiling of the first statue of a women – suffragist leader Millicent Fawcett – in Parliament Square. For more information, visit: https://www.london.gov.uk/about-us/mayor-london/behindeverygreatcity

Tate Collective London team are a group of 16-25 year olds, who plan, develop and deliver regular events throughout the year specifically for other 16-25 year olds. They collaborate to develop their ideas and knowledge about art, culture and creativity. The teams often work with emerging artists, designers, musicians and curators. Their mission is to enable new young audiences to create, experiment and engage in-gallery and online with Tate’s collection, galleries and exhibitions.

Venues for the LDN WMN exhibition has been supported by Jack Arts, Network Rail, The Southbank Centre, Alexandra Palace, The Village Underground, and The Old Truman Brewery.

The locations where the commissioned art works are located are:

Women who have inspired the art works include:

The artists commissioned by the Tate Collective include: