The Tate issued a statement in 2019 to put to rest talk about the gallery founder and namesake Henry Tate’s involvement in slavery. First off, both Henry Tate and Abram Lyle (his partner) were respectively 12 and 14 when slavery was abolished in 1833. Both were self-made men who were never slave owners or lived off of the proceeds of slavery. It is easy to equate the sugar trade with slavery pre-1833 so here is a bit of historical information and the statement from Tate in full. Draw your own conclusions.

The Slave Trade Act 1807, officially An Act for the Abolition of the Slave Trade, was an Act of the Parliament of the United Kingdom prohibiting the slave trade in the British Empire. Although it did not abolish the practice of slavery, it did encourage British action to press other nation-states to abolish their own slave trades.

Many of the supporters thought the Act would lead to the end of slavery. Slavery on English soil was unsupported in English law and that position was confirmed in Somerset’s case in 1772. Still, it remained legal in most of the British Empire until the Slavery Abolition Act in 1833. 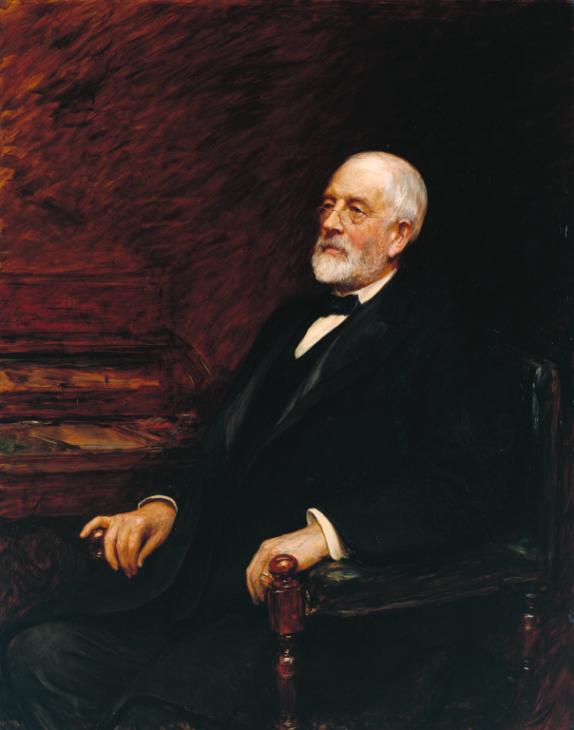 Over the years, there has been much debate about Henry Tate’s association with slavery. As we reflect on this important question, we have invited the historical researchers at the Centre for the Study of the Legacies of British Slave-ownership at University College London to share their analysis. We have worked with them on this statement regarding what we know about the historical facts and some of the questions which remain unanswered.

This statement represents one starting-point for reassessing the legacies of historical slave-ownership at Tate. These legacies affect different people in different ways. But there can be no doubt that the institution of slavery shaped British culture in many, fundamental ways. Facing these histories honestly may be difficult, but we are seeking ways to acknowledge their significance in more direct and explicit ways, through research, interpretation and debate.

For two centuries Britain was deeply involved in chattel slavery in its colonies in the Caribbean and mainland Americas, where enslaved people produced sugar, coffee, cocoa, cotton, mahogany, indigo and other tropical goods. The enslaved people were either themselves captive Africans forcibly transported across the Atlantic, or the descendants of such people and born in captivity in the British colonies of the Caribbean and mainland Americas. In this period wealth from slavery permeated Britain’s economy and society, and the legacies of British colonial slavery continued beyond the abolition of Britain’s slave-trade in 1807 and of slavery itself in 1833/34. After the end of Britain’s own slave-empire, its cotton industry continued to depend on slave-grown cotton from the southern states of the U.S. until 1865.

In the work of the Centre for the Study of the Legacies of British Slave-ownership devoted to recovering the legacies of slave-ownership and re-inscribing slavery in Britain’s history, we have for several years been concerned about the reflexive association of Henry Tate, of Tate & Lyle and of the Tate galleries with the slave-trade and slave-ownership. This association has been expressed in many places, including Tate’s own website. The issues raised by Tate & Lyle and the Tate galleries are more complex and relate to the periods after the abolition of slavery under the 1833 Act (which became effective in 1834 and under which the enslaved people became free in 1838).

Neither Henry Tate nor Abram Lyle was born when the British slave trade was abolished in 1807. Henry Tate was 14 years old when the Act for the abolition of slavery was passed in 1833; Abram Lyle was 12. By definition, neither was a slave-owner; nor have we found any evidence of their families or partners owning enslaved people.

However, we believe the firms founded by the two men, which later combined as Tate & Lyle, do connect to slavery in less direct but fundamental ways. First, the sugar industry on which both the Tate and the Lyle firms (the two merged in 1921) were built in the 19th century was itself absolutely constructed on the foundation of slavery in the 17th and 18th centuries, both in supply and in demand. Without slavery, the British sugar industry and the wider Atlantic sugar industry would not have existed in the form and on the scale they did. Henry Tate’s career began as an apprentice to a dry goods merchant; Abram Lyle’s father was a cooper in Glasgow whose firm Abram Lyle joined. Both these precursor businesses were closely connected to slave-grown sugar, which formed the basis for developing the consumer market served by dry goods merchants and for fostering supporting industries such as cooperage that furnished the casks for transportation of sugar and rum. Throughout the period of slavery, sugar grown in the British colonies had been brought into Britain at lower tariffs than sugar from foreign producers, thus protecting British slave-owners from foreign competition in the domestic market.

Secondly, after the end of Britain’s own slave-economy, Britain’s sugar, including sugar for the Tate and Lyle companies, continued to come mainly from the Caribbean and South America. We do not know whether either sourced raw sugar from the slave-states of Cuba and Brazil which, after the equalisation of sugar-duties beginning in 1846, had become competitive suppliers to the British market and which remained slave-economies. Raw sugar imported from the British Caribbean by the Tate or Lyle companies in the post-slavery era would have been from estates established under slavery but worked at that point by wage-labourers and, in the case of British Guiana and Trinidad, by indentured labour, a system which lasted into the early 20th century. The monoculture of sugar, and the land-ownership and labour practices implemented by British firms that dominated the industry in the British colonies in the second half of the 19th century and most of the 20th century, contributed to the progressive under-development and impoverishment of the Caribbean.

Thirdly, Tate’s collections include items given by or associated with individuals who were slave-owners or whose wealth came from slavery. For example, J.M.W. Turner’s Sussex sketchbooks were connected with commissions from John Fuller; Sir Joshua Reynolds’s The Banished Lord was presented by Rev. William Long; and Reynolds’s The Infant Samuel was bequeathed by Charles Long, Lord Farnborough.

While it is important to emphasise that Henry Tate was not a slave-owner or slave-trader, it is therefore not possible to separate the Tate galleries from the history of colonial slavery from which in part they derive their existence. – August 2019