The world-renowned photographer Terry O’Neill has passed away following a long battle with prostate cancer; He was 81 years old.

He was warm, friendly, charming and humble. Always happy to chat with young upcoming photographers – CD

Originally he wanted to be a jazz drummer, and often after shoots, he would go home and play to his heart’s content. Still, it was the Beatles that first brought him to the attention of Fleet Street, he was the youngest ‘smudger’ there when he got a staff job at the age of 20, he then came into contact with The Rolling Stones and a sixty-year career followed. 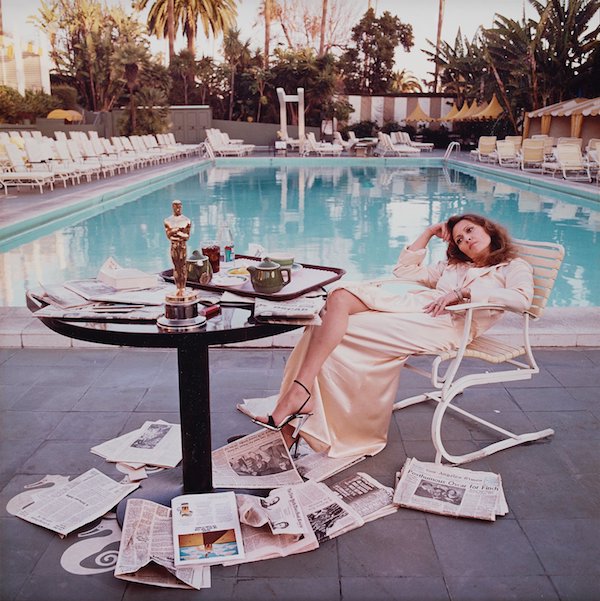 He was one of the people that defined the 60’s visually, and along with his friend David Bailey photographed literally everyone who mattered. He worked fast, thought quickly, and every picture seemed to define the subject somehow, he brought out the best in everyone he worked with.

It would be a tough job to find anyone he didn’t shoot; he spent a long time shooting film posters working with Sinatra, Bardot, Hepburn, Redford, Newman, Caine, Eastwood, Burton and Taylor, the list is endless.

It was during this time that he made a decision he later regretted, he was always a ladies man and married Faye Dunaway taking the classic photo of her sitting by the pool holding the Oscar for Network, it was titled ‘The Morning After’. But Terry hated the circus surrounding stardom and the marriage only lasted three years.

Terry specialized in long working relationships that resulted in lifelong friendships with people like Elton John, David Bowie, and all the people who played James Bond. His shot of Sean Connery playing golf of the moon is a true classic. As is Frank Sinatra surrounded by bodyguards, and Brigitte Bardot smoking a cigarette with her hair blowing in the wind.

His portraits of musicians ranged from Pete Townshend and The Who, Led Zeppelin and Elvis Presley to Amy Winehouse, in fact, he took the last ever photo of her in a makeshift studio at Wembley Stadium for the Nelson Mandela 90’th Birthday tribute, he asked to take her photo, and she took him literally, walking away after just one frame, but a man with his kind of experience captured her perfectly in that single image.

His wit was the ace up his sleeve; when he first photographed the Queen, he was nervous, so he looked up some horse racing jokes had her in fits of laughter.

No stranger to speaking in front of an audience, like many photographers he was a great raconteur, although the stories he told in private were even better. His prints are available in galleries worldwide and are also held in the finest of collections, both museums and private.

He was warm, friendly, charming and humble. Always happy to chat with young upcoming photographers offering advice and support. He was universally loved by clients and his fellow photographers alike; he will be sadly missed by all.

He leaves behind an astonishing body of work, those images will live forever, you may not have known his name, but you certainly knew his photographs. RIP