My wife and I went to Provence for the sun and wine, Roman monuments, wild Camargue and Festival of the Horse – but there did also turn out to be some art in three main places we visited – Arles, Avignon and Les Baux –  much of which was themed around the interface between past and present…

Arles is of course closely associated with Van Gogh, and one can walk between the sites of the yellow house, night café, bridges and hospital courtyard which he painted: though he lived there for little more than a year (February 1888 – May 1889) the majority of his mature work was painted in the area. Yet there wasn’t a single Van Gogh work on view in Arles: the only one I saw was in Avignon, where Van Gogh changed trains on his way, and painted the spatially interesting,not-especially-iconic ‘The Railway Wagons’, which is now at the Angladon Museum. 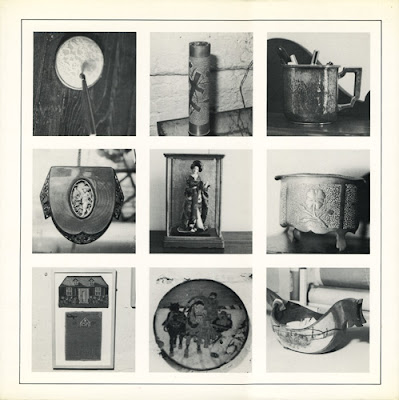 The French mega-dealer Yvon Lambert’s personal collection is based at a foundation inAvignon. That currently has a fascinating show on the theme of lost time in photographs, jointly curated with the late Cy Twombly and starring such as Brancusi’s photographic records of his sculpture, Sol LeWitt’s regimented 1056+ images of his house, Ruscha’s parking lots and Sugimoto’s seas…. culminating a tad under-climactically, however, with several rooms of Twombly’s own blurred still life photographs. 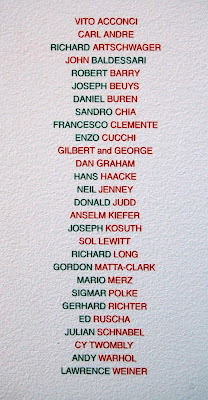 Louise Lawler also featured with her photographic critiques of how art works are presented by ruling elites, but the most fun was her seven minute audio piece ‘Bird Calls’ (1972-81), a more direct mockery of phallocentrism in the art world. Lawler is the ‘bird’ who derisively chirps, twitters, warbles and squawks – though she stops short of a cock crow – the names of 28 male artists of the time, as if they are calling to each other in their well-established territory. You can hear its gloriously silly pointedness here: marjanzahedkindersley.posterous.com/louise-lawler-birdcalls. 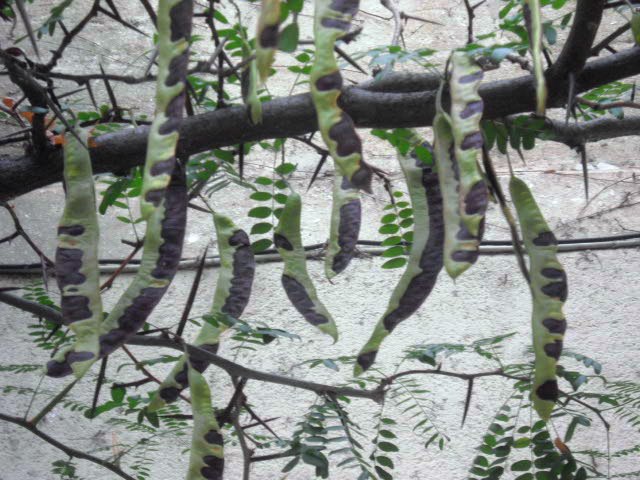 The Musee Réattu in Arles is highly eccentric: you get a mix of the traditional paintings of local artist Jaques Réattu (1760-1833) interspersed with a large clutch of Picasso drawings, lots of less than sparking recent minor French art and intrusive carpets designed by Christian Lacroix – all overlooking the Rhône in the former Grand Priory in which Réattu lived, and which he left to the city. But with all due deference to the star piece – Picasso’s portrait of Lee Miller in tradtional Arles dress – the outstanding feature is the tree in the courtyard. It’s a honey locust (Gleditsia triacanthos), a US native, with impressive spikes and six inch seed pods which looked as if they were splashed with paint. 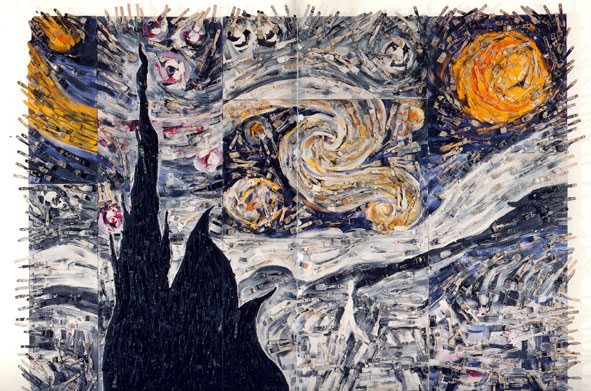 Another mixture of old and new was provided by a four-site display of Nice-born Arman (128-2005) in a trail around around the medieval fortress village of Les Baux de Provence, which boasts an imposing castle and the original mines from which bauxite was named. Recreations of his sculpture, painting and collaging practices in studio environments complemented a thorough retrospective of Arman’s characteristic accumulation, stamping, slicing, incarceration, burning and smashing of whatever he could get his hands on. ‘La Chute des Courses’ – stacked supermarket trolleys – looked differently odd against 16th century stonework. And an iconic Van Gogh image was provided at last by one of Arman’s versions of ‘Starry Night’, which generates a whirling obsessiveness parallel to the original by the sheer number of brushes caught up in the production.

The Arles photo festival claims 47 exhibitions in and around the ancient city. The three main themes could be simply categorised as Mexico, the ‘traditional’ art of contemporary photography, and photography in the new media age. 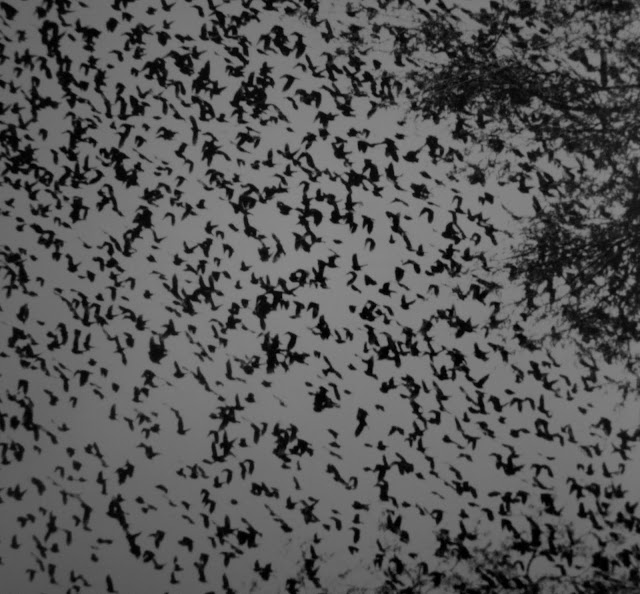 The Mexican presence was the most powerful. It included a comprehensive view of the Mexican revolution; the first European showing of Robert Capa’s legendary suitcase of 4500 negatives from the Spanish Civil War, recently rediscovered in Mexico City; powerful solo shows by Enrique Metinides (disasters and accidents), Dulce Pinzon (emigrant workers as superheroes), Maya Goded (the red light district on the US border) and Daniella Rossell (behind the tasteless facades of the rich). The stand-out, though, was the retrospective of Graciela Iturbide, a student of Manuel Alvarez Bravo who came to photography only in her 40’s. Her black and white pictures fuse documentary records of such subjects as desert communities, goat sacrifice and Frida Kahlo’s house with a mythic undercurrent which often focuses on humans with wild animals. That’s seen at its most direct in her snail and snake-covered self-portraits and her use of flocks of birds. 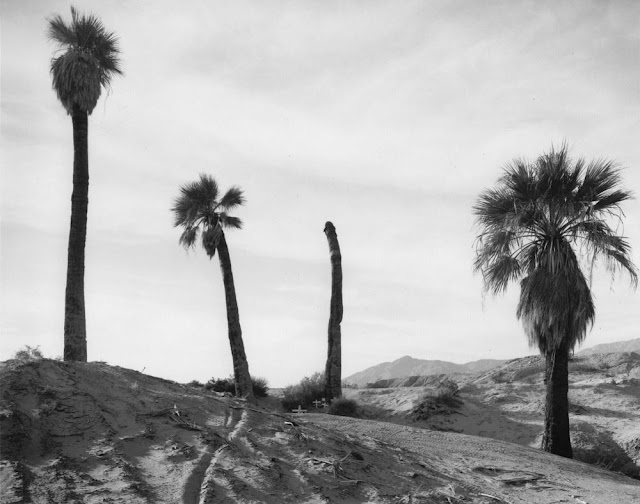 The rest of the festival included a range of what one might call ‘conventional’ photography, ie made with the artist’s camera – notably in the choice of three photographers each by five curators shortlisted for the ‘Discovery Award’ won by South African Michael Subotzky for his study of Ponte City in Johannesburg. Rut Blees Luxemburg and Raphel Dallaporta were interesting, too, along with Mark RuwedelRuwedel also gestures at the limits of man’s control over nature.. 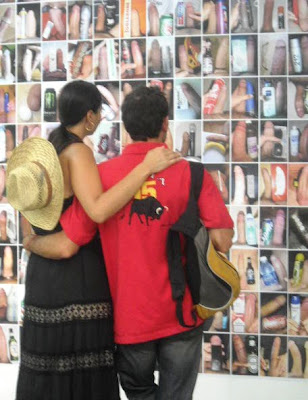 Some of the Discovery Award shortlist and all of the main curated show ‘From Here On’ concentrated on the use of found images, mostly from the internet. These were dealt with anthropologically (what the masses get up to) or organisationally (classifying images in such bizarre ways as ‘those with a bird’s tail feathers hanging over the lens’), and often both. Much of this was fairly facile, if amusing. The most arresting wall showed some 250 penises, one of them apparently the Dutch artist Frank Schallmaier’s own, being lined up alongside a wide and sometimes bizarre range of size demonstrators. Is it depressing or reassuring to be reminded how alike supposedly differentiating patterns of behaviour can be? Claudia Sola achieved a more poetic narrative rhythm over a dizzying seven minute slide show, for most of which one saw four images simultaneously every second: they amount to a path through life from weddings to rainbows to religion to brain scans to scars to tattoos. And an ingenuity prize to hard-up would-be rock stars The Get Out Clause who played in front of various security cameras and then requested the footage under the Freedom of Information Act: voila! – they had a free video with a difference.