It has been a challenging year in the art world with record auction prices and soaring fair costs. Many art dealers have had to rethink their business models while the top 5% of dealers have reported a bumper year. We have also seen the end of age restrictions at the Turner Prize and the triumph for 83 year old Rose Wylie who has proven the theory, “Just look at the work!” Here are our top ten art news stories as reported by Artlyst in 2017.

In a twist of breaking news Abu Dhabi have tweeted that Leonardo’s Salvator Mundi was “acquired by the Department of Culture and Tourism in Abu Dhabi for the museum”. We reported this on Wednesday but The New York Times later revealed that Saudi Arabian Prince, Bader bin Abdullah bin Mohammed bin Farhan al-Saud, had been named as the buyer of the painting. The Wall Street Journal reported Thursday that Saudi Crown Prince Mohammed bin Salman had put up the funds for the purchase. The crown prince, often referred to by his initials MBS, used an intermediary to buy the painting depicting Christ. The masterpiece, one of fewer than 20 surviving by the Renaissance Master, sold for $450m at Christie’s in New York on 15 November. We now know that the Louvre Abu Dhabi is going to exhibit “Salvator Mundi,”  However, the identity of the buyer had remained an elusive secret with much speculation surrounding the purchaser. Read More Here 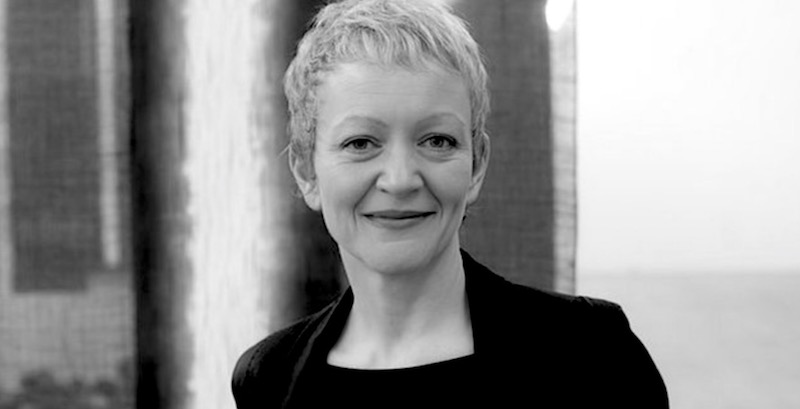 Maria Balshaw has been confirmed as the new Director of Tate. She is currently Director of the Whitworth (University of Manchester) and Manchester City Galleries, and Director of Culture for Manchester City Council. The appointment by the gallery’s Board of Trustees has been approved by the Prime Minister, The Rt Hon Theresa May MP. The appointment of the gallery’s ninth director follows the decision by its current Director, Nicholas Serota, to take up the part-time role of Chairman of Arts Council England on 1 February 2017. Maria Balshaw will take up her new post on 1 June 2017. She is the first woman to be appointed to the role. Maria began her career in academia before working for Arts Council England in Birmingham and then becoming Director of the Whitworth in 2006. She quickly became a key figure in the transformation of Manchester’s cultural sector, curating radical and popular programmes and expanding the city’s art collections. In recent years she spearheaded the Whitworth’s £17m transformation, which won Museum of the Year and was nominated for the Stirling Prize and has been working towards the launch of Factory, a new arts venue and permanent home for Manchester International Festival. She was awarded a CBE for services to the arts in 2015. Read More Here

The exhumation of the Surrealist artist Salvador Dali took in Spain. A judge had ordered the Dali corpse to be dug up in order to extract a DNA sample, to settle a paternity case. The remains were buried in his museum in Figueras, in northeastern Spain. Pilar Abel, a 61-year-old who long worked as a psychic in Catalonia, claimed her mother had a relationship with the artist when she worked in Port Lligat, a tiny fishing hamlet where the painter lived for years.  A DNA sample would once and for all settle an ongoing paternity case, medical specialists took saliva samples from Abel to extract DNA to compare it with that of Dali. A spokesperson representing the Salvador Dali Foundation, the keepers of the artist’s estate and archives had lodged an appeal against the exhumation. This was not upturned by the judge’s decision. The DNA turned out not to match the attention seeking claimant. Read More Here 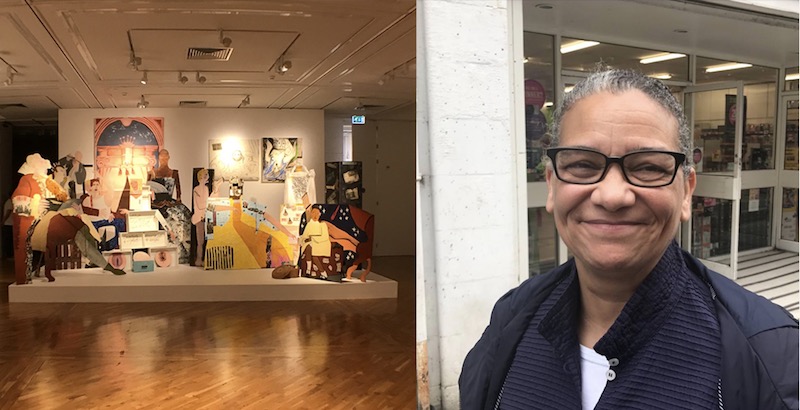 The prestigious Turner Prize has been won by Lubaina Himid. At age 63 she is the oldest recipient of the prize since it launched in 1984. This time around the exhibition is on view in Hull the UK’s City Of Culture. The 2017 award announced by DJ, producer and artist Goldie took place tonight, Tuesday 5 December from 21:30 GMT. The prize is the most important accolade given to a contemporary artist living in Britain. The awards ceremony took place inside Hull Minster and was shown live on the BBC, the broadcast partner for the prize, guaranteeing everyone had a front row seat for the event.

This year the Turner committee scrapped the under 50 age ceiling which was deemed ageist. Rosalind Nashashibi, Lubaina Himid, Hurvin Anderson, and Andrea Buttner the four artists up for Britain’s most prestigious art award have been waiting since the spring to find out who will be chosen. Turner Prize 2017 is now on display at the Ferens Art Gallery and runs until 7 January 2018. The exhibition is a highlight of Hull UK City of Culture 2017 and has attracted more than 65,000 visitors since opening to the public on 26 September. Read More Here 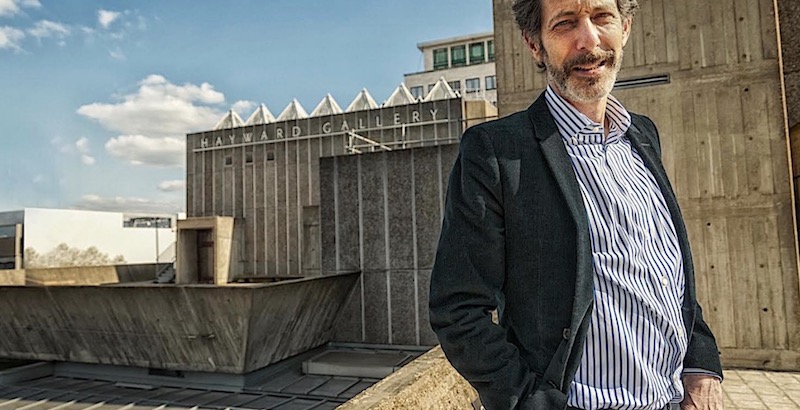 La Biennale di Venezia has today announced the appointment of Hayward Gallery Director Ralph Rugoff as the Curator the 58th International Art Exhibition to be held in Venice in 2019. The dates of the 58th International Art Exhibition have now been confirmed and the Biennale will be held in Venice from May 11th to November 24th, 2019.Based in London, Ralph has been Director of the Hayward Gallery since May 2006. Over the past 11 years, Ralph has curated many acclaimed solo exhibitions by Jeremy Deller; George Condo; Tracey Emin, Ed Ruscha and Carsten Höller. During his tenure at the gallery, Ralph has also curated numerous group exhibitions including: Psycho Buildings: Artists Take On Architecture (2006); The Painting of Modern Life (2007), and the recent off-site exhibition The Infinite Mix (2016). In 2012, he conceived and organised the project Wide Open School, 100 International Artists Reinvent School. He was also the Artistic Director of the XIII Biennale de Lyon in 2015, titled La vie moderne. Read More Here 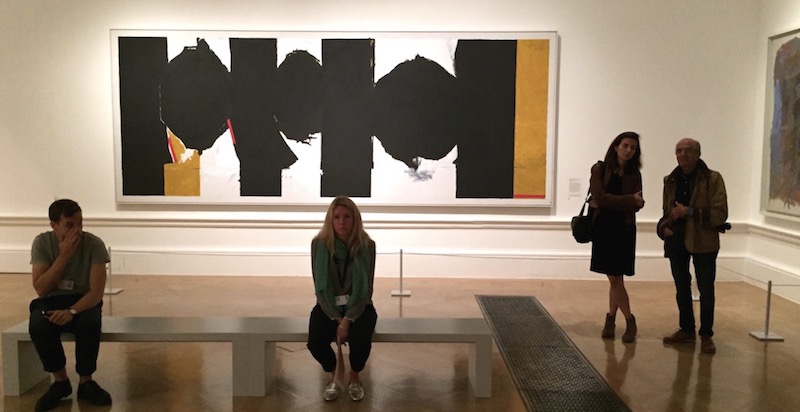 The art fraudster Glafira Rosales who was central to the Knoedler art scam has been ordered to Pay $81 million in compensation to the victims of the scandal. The disgraced New York art dealer was surprisingly the only person detained in the case. The former Director of Knoedler Ann Freedman seems to have avoided any punishment or responsibility for the biggest art fraud in history. Ms. Freedman marketed and sold the fraudulent works of art to customers who trusted the reputation of New Yorks oldest art gallery, where she was employed. Freedman has always denied any part in the plot to defraud, even though the sale of the fake works of art accounted for the lion’s share of the profits made at the gallery, over a ten year period. No alarm bells ringing?  Read More Here 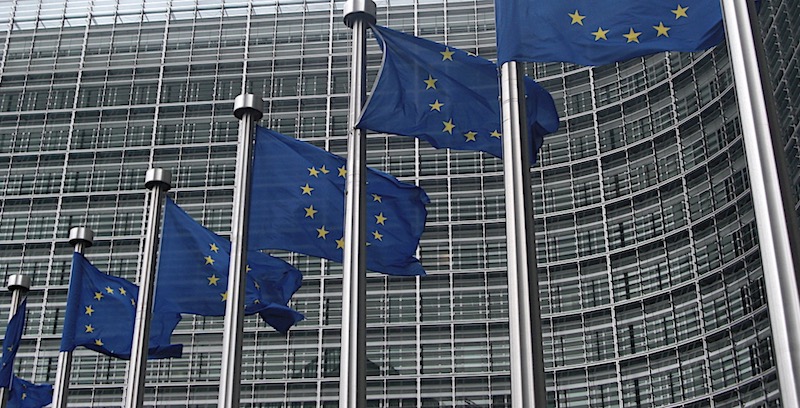 7) Britain Stripped Of Hosting European Capital Of Culture In 2023

As a result of Brexit, Britain has been stripped of hosting the European Capital of Culture in 2023. Plans for the UK to host a Capital of Culture in 2023 were announced in 2014 – before the EU referendum. Although a number of non-EU countries have been invited to host the event, in the past this will not be the case for the UK. So the wrath of Europe begins. The decision is final. Hungary and Britain were jointly awarded the honour which will take place in five years time. However, the executive arm of the EU commission, stated they had sent a letter to the British culture ministry last week saying that it was no longer possible. In a statement from the DCMS the official word was; “We disagree with the European Commission’s stance and are deeply disappointed that it has waited until after UK cities have submitted their final bids before communicating this new position to us.” Read More Here

The billionaire art dealer Guy Wildenstein, has been cleared of tax fraud and money laundering in a Paris criminal court today (12 January). This must come as an embarrassment to the French government, who have spent millions of tax payers money to bring the high-profile prosecution  Wildenstein along with seven other co-defendants was accused of hiding wealth including paintings and properties worth hundreds of millions of euros from the French taxman.

Judge Olivier Geron stated in the courtroom that there had been a “clear attempt” at concealment, according to the BBC. But shortcomings in the investigation and French tax fraud legislation meant it was impossible for Geron to return a guilty verdict for any of the accused. The French government are gunning for a conviction and are now appealing against an earlier ruling this week to acquit the scoundrel and seven others of tax fraud charges. Read More Here 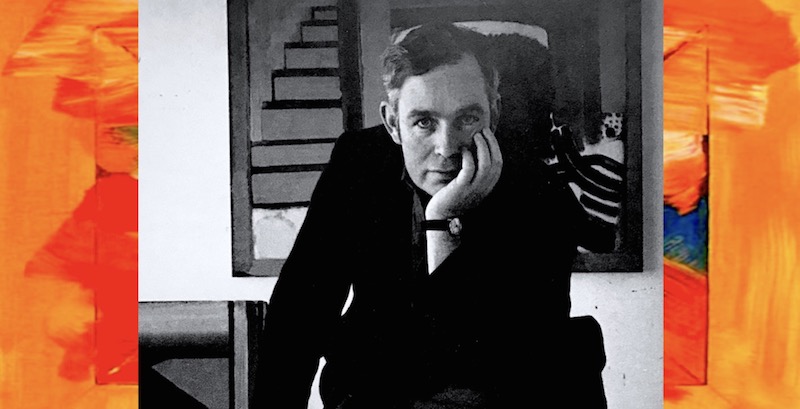 he English painter Sir Howard Hodgkin has died in London aged 84. Howard was born 6 August in 1932 in Hammersmith, London. He was evacuated with mother and older sister, to the US where they lived on Long Island. He first decided he wanted to become an artist aged five and was inspired by seeing the works Stuart Davis, Matisse and Picasso at Manhattan’s Museum of Modern Art. He was educated at Eton College and then at Bryanston School in Dorset. However, Hodgkin had decided on a career in art in early childhood and ran away from school to pursue this. He studied at the Camberwell Art School and later at the Bath Academy of Art in Corsham.

The art critic Edward Lucie-Smith spoke to Artlyst about his work, “Howard Hodgkin was in many ways a holdout for the powers of old-fashioned paint-on-a-surface. I first knew him, not directly through his art, but through our mutual interest in Indian miniature painting. Then I knew him from inventive, quite small paintings that seemed to be influenced by the French Nabis painters, particularly Vuillard. There was one – I never knew what its proper title – nicknamed ‘Bruce Chatwin Turning Away from His Guests’. The subject was just recognisable, standing in front of a Japanese screen. Then the paintings became, at least to the casual glance, entirely abstract. However, a new show, due to open at the National portrait Gallery a fortnight from now, reverts to the idea of paintings as representations of people, or at least of their essences. Quasi-abstract or quasi-figurative, essences were what his art was about. No other British painter, of his generation or later could rival him in seeking these out.” 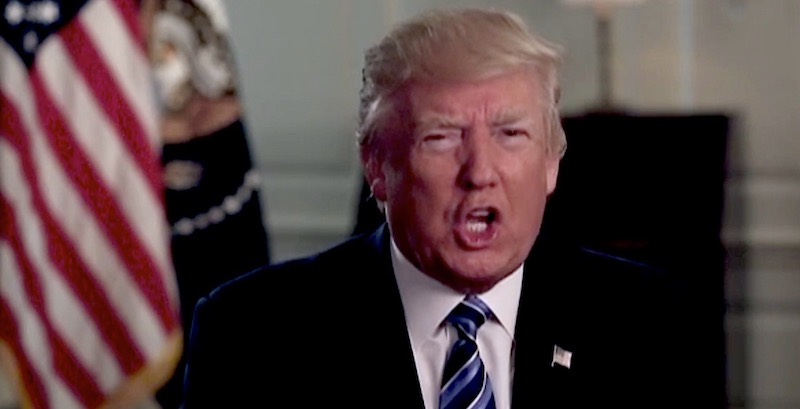 The National Endowment for the Arts (NEA) in the US, which was under threat of being axed by Donald Trump, in his first Federal Government budget has been spared by Congress. Trump had announced his intentions to defund both the NEA and the NEH.

The NEA was created in 1965 as a filigree on the Great Society. In 1995, Republicans won control of the House of Representatives and said the NEA was a frill the federal government should be shorn off. Twenty-two years later, it has survived, having mastered adaptive evolution, government-style: It defines art democratically and circularly. Trump is the first president to make this proposal, according to a report by The New York Times.