The iconic Trump baby balloon has been acquired by the Museum of London ahead of Joe Biden’s inauguration tomorrow. (20th January). The Museum has recognised its significance in the protests that took place in London in July 2018 and June 2019 when protesters took to the streets on President Trump’s visits to the UK. Trump’s reaction was; “They Love Me In England.”

The over-sized balloon toured the world and now will be conserved and displayed in the Museum’s future new home in West Smithfield in the coming years.

“London has always been an open, ever-evolving polyglot city. A haven for knowledge, tradition and controversy and over thousands of years we have played host to many a historic protest. From the Suffragettes of the early twentieth century to the anti-austerity marches, free speech and Black Lives Matter most recently – the capital has always been the place to have your say. By collecting the baby blimp, we can mark the wave of feeling that washed over the city that day and capture a particular moment of resistance – a feeling still relevant today as we live through these exceptionally challenging times – that ultimately shows Londoners banding together in the face of extreme adversity.” – Sharon Ament, Museum of London Director.

While we’re pleased that the Trump Baby can now be consigned to history along with the man himself, we’re under no illusions that this is the end of the story. We hope the baby’s place in the Museum will stand as a reminder of when London stood against Trump – but will prompt those who see it to examine how they can continue the fight against the politics of hate. Most of all we hope the Trump Baby serves as a reminder of the politics of resistance that took place during Trump’s time in office. This large inflatable was just a tiny part of a global movement – a movement that was led by the marginalised people whos,e Trump’s politics most endangered – and whose role in this moment should never be underestimated.” – The Trump Baby Team

The balloon will join the Museum of London’s protest collection which comprises objects relating to the Suffrage movement 100 years ago, banners, flags, and tents that belonged to Brian Haw who used to actively protest outside the Houses of Parliament, as well as recent placards used by protestors against public spending cuts. The Museum has been in touch with the owners of the Sadiq Khan balloon that was created in quick response. 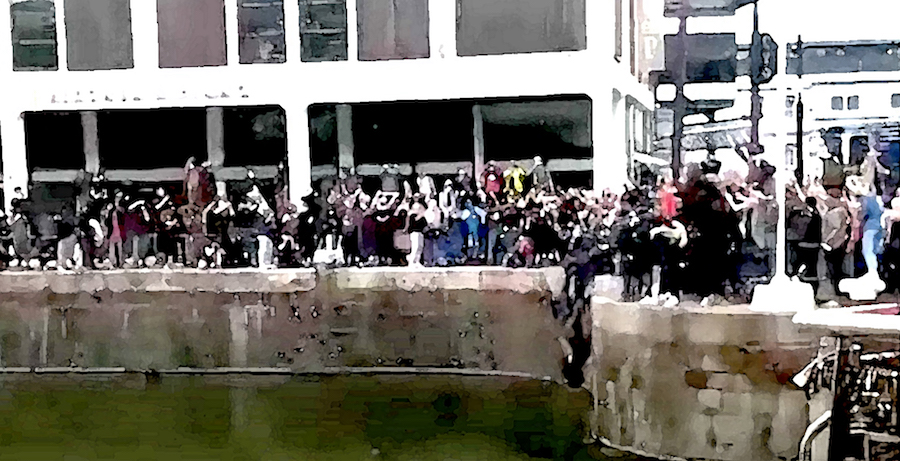 The UK government plans tough new restrictions to stop local authorities from removing controversial public monuments. Robert Jenrick, the Conservative MP for Newark, Secretary of State for Housing, Communities and Local Government since 2019 said; “Public monuments should not be removed at the behest of a “baying mob.”

The UK’s monuments are a valuable part of its history, and that the recent swell of protests surrounding individual monuments seeks to “erase” that history.” Jenrick added that “due process” should be respected before monuments are removed, and said he would be changing the law to protect historical monuments, with decisions to remove them to require planning permission and consultation with the local community but also federal government approval.” If this goes ahead, taking down a public statue will need permission by the secretary of communities. This would apply to 20,000 statues in towns and cities throughout England.

He was Director of Tate from 1988 to 2017. During this period, Tate opened Tate St Ives (1993) and Tate Modern (2000 and extension 2016), redefining the Millbank building as Tate Britain (2000). Tate also broadened its interest to include twentieth-century photography, film and performance and collecting art from Latin America, Asia, the Middle East and Africa. The national role of the Gallery also became more significant with the creation of the Plus Tate network of 35 institutions across the UK and Northern Ireland.

This role is remunerated at £40,000 per annum. The Cabinet Office’s Governance Code has made this reappointment on Public Appointments, and the Commissioner for Public Appointments regulates the process. The Government’s Governance Code requires that any significant political activity undertaken by an appointee in the last five years is declared. This is defined as holding office, public speaking, making a recordable donation or candidature for election. Sir Nicholas has not announced any activity.