The Turner Prize exhibition was unveiled today at Tate Britain showcasing the work by the four artists shortlisted for this much liked or hated award: Michael Dean, Anthea Hamilton, Helen Marten and Josephine Pryde are the contestants in this real-life reality art competition. The Turner Prize is one of the best-known prizes for the visual arts in the world, it aims to promote public debate around new developments in contemporary British art. This year photography is welcomed by the visitors to the gallery and we all know what the most popular selfie will be! It is interesting to note that three of the shortlist this year are women and all are installation based offerings, with not a video to be seen anywhere. ANTHEA HAMILTON presents Lichen! Libido! (London!) Chastity! a re-staging of her nominated solo exhibition at SculptureCenter, New York. Working across sculpture, installation, performance and video, Hamilton uses her research into subjects as diverse as lichen, disco and design history to create works that have a surrealist or pop culture aesthetic. While rooted in the history of sculpture, her work engages the viewer by her humour and unexpected combinations of images, materials and words, as well as dramatic shifts in scale. A central feature is Hamilton’s larger than life sculpture of a backside (or ‘butt’), Project for a Door (After Gaetano Pesce) 2016, part of a series of physical realisations of images taken from her archive. MICHAEL DEAN presents Sic Glyphs, a combination of works from his nominated exhibitions at South London Gallery and de Appel, Amsterdam. Working primarily in sculpture, Dean starts his process with writing, which he then gives physical form. He creates moulds and casts of his words, abstracting and distorting them into an alphabet of human-scale shapes, using materials that are instantly recognisable from everyday life such as concrete, soil, sand, and corrugated sheet metal. His sculpture (United Kingdom poverty line for two adults and two children: twenty thousand four hundred and thirty-six pounds sterling as published on 1st September 2016) consists of £20,436 in pennies. When installing the work Dean removed one coin, so that the money you see before you represents one penny below the UK poverty line for a family four. 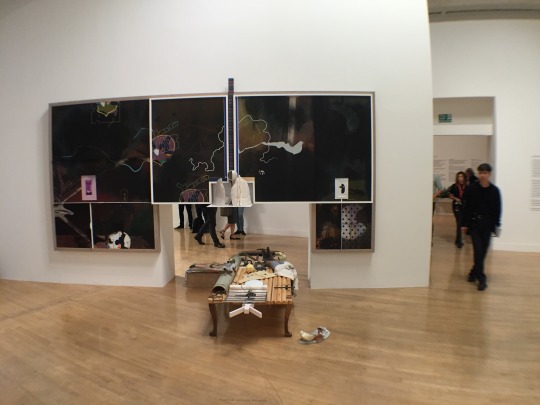 HELEN MARTEN presents a series of works from nominated projects Lunar Nibs at the 56th Venice Biennale and Eucalyptus Let Us In at Greene Naftali, New York. Using sculpture, screen printing and writing Marten produces works that are full of models and motifs taken from contemporary visual culture. Her intricate and intriguing sculptures bring together a range of handmade and found objects as varied as cotton buds to fish skins, to create poetic visual puzzles. In these new contexts, familiar objects become strange and abstract and give rise to new and unexpected stories or ideas. 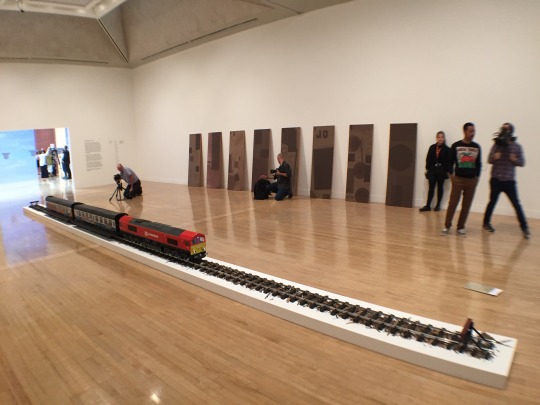 JOSEPHINE PRYDE presents work from her nominated exhibition lapses in Thinking By the person i Am at CCA Wattis, San Francisco, alongside a series of new works she has created to mark the time between her nomination for the Turner Prize and the opening of this exhibition. Through photography and installation Pryde explores the very nature of image making and display. Her installations often include sculptural elements which highlight the context in which the work is displayed, placing as much importance on the staging of the work as the images themselves. In her Turner Prize exhibition, photographs are joined by a stationed model of a train entitled The New Media Express in a Temporary Siding (Baby Wants To Ride) 2016. Tagged by graffiti artists from the cities in which it has previously been exhibited, the train is elevated on a platform, awaiting its next move.

Established in 1984 and now in its 32nd year, the Turner Prize is awarded to a British artist under fifty for an outstanding exhibition or other presentation of their work in the twelve months preceding 28 April 2016. The winner will be announced on 5 December at an awards ceremony broadcast live on the BBC, the broadcast partner for the Prize. We can thank our lucky stars that the dreadful Channel 4 is no longer presenting the programme as part of their dreary nightly news! 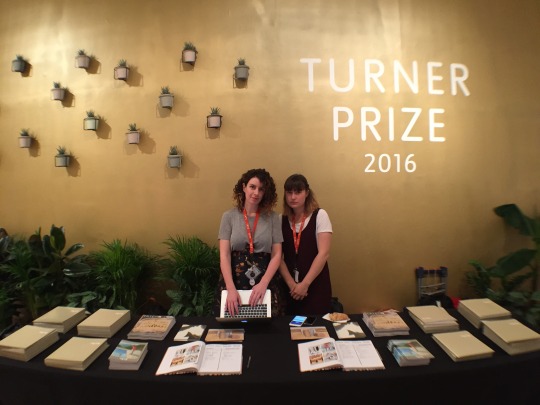 The Turner Prize award is £40,000 with £25,000 going to the winner and £5,000 each for the other shortlisted artists. The winner will be decided by the Turner Prize 2016 jury, who are Michelle Cotton, Director, Bonner Kunstverein, Bonn; Tamsin Dillon, Curator; Beatrix Ruf, Director, Stedelijk Museum, Amsterdam; and Simon Wallis, Director, The Hepworth Wakefield. The jury is chaired by Alex Farquharson, Director of Tate Britain.

Visitors to the Turner Prize will be able to take photographs in the exhibition and are encouraged to share and debate these through social media. Tate Britain is also inviting visitors to join the Turner Prize conversation using Facebook Live, encouraging them to film their reactions and opinions of the artworks from inside the gallery. Those that ‘Go Live’ can add their views to the online discussion by using #Turnerprizelive. Each day a selection of public videos will be featured on the global Tate Facebook page, to celebrate the diverse opinions around contemporary art today.

This year’s Turner Prize also marks the first ‘Pay What You Can’ scheme at Tate Britain, open to visitors every Tuesday throughout the run of the exhibition.