The decision made by this year’s four Turner Prize 2019 nominees to share-and-share-alike has had a mixed reception from the press.

On the one hand, admiration to ‘The Collective’ for their democratic, non-competitive altruism. On the other, disappointment that there isn’t going to be a coronation of some kind. No winner means less publicity. If the pattern is repeated next year when the prize-exhibition returns to London and once again, when the exhibition is banished to the provinces, then the cultural authorities concerned might as well put the whole thing back in its box. Three doses of egalitarianism will inevitably offer diminishing returns. What the four nominees really have to tell us is that the poor old Turner Prize has had its chips and needs to be abolished. It’s no longer culturally viable.

The Turner Prize, for all its populist ambitions, has always been pretty elitist – ELS

Virtue-signalling of the sort offered this year becomes increasingly less effective when dutifully repeated. As television schedules for other kinds of competitive activity show, from cookery to Strictly Come Dancing, what the public likes is cheering on a favourite for whatever prize happens to be on offer. It’s not very different from attitudes to sport, where the emergence of an undisputed winner is the whole point of the activity. If your preferred candidate wins, you feel righteously justified. If your candidate, or your team, fail to win, you feel equally righteously disappointed. What this year’s Turner result has to tell you is that your interest, your commitment do not count for much. 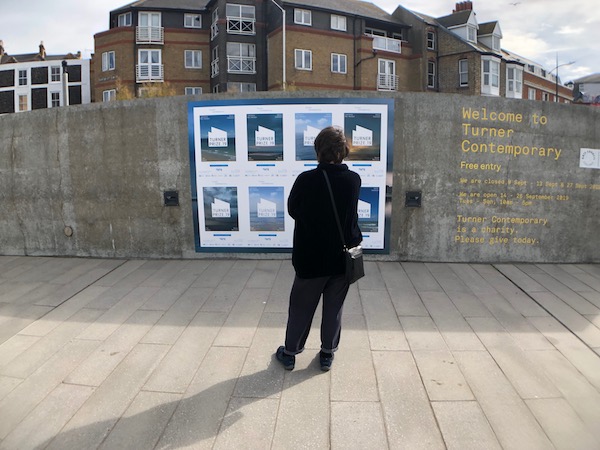 The Turner Prize, for all its populist ambitions, has always been pretty elitist. The four candidates presented for popular inspection are chosen by one of those establishment-culture juries whose function is to signal approval-of-what-is-approved-of.

There is no indication of why the prize-committee happened to signal out the four artists concerned. It’s like going to a posh tea-party, where all you are offered are four meringues of four slightly different flavours. With Strictly, repeated programmes enable viewers, as well as the actual judges, to single out who are the better performers. No such process of acclimatisation exists with the Turner. Audience reactions don’t matter. Nanny will tell you, very firmly, what contemporary art now consists of, and what it is your duty to like. No surprises there. This is art in forms that suit the official cultural establishment.

In the Turner show now at Margate installation art is king, just as video art was king at the 2018 version held in London. What the current four contenders have in common, different as they may be in other respects, is that they all offer things that are ephemeral, which can also be described as safely non-commercial. Once the exhibition comes to an end, the art dissolves. It can pretty certainly never be seen again in the same form – or ‘experienced’ as the current cliché tends to have it – on any future occasion. What will be left are photographs, and maybe some film, plus written accounts telling you how you ought to have seen it. Populist? Reaching a genuinely broad audience? Not in terms of the outreach of other forms of art – music, film, literature, even theatre – all of which are still widely experienced first-hand, no intermediaries required. 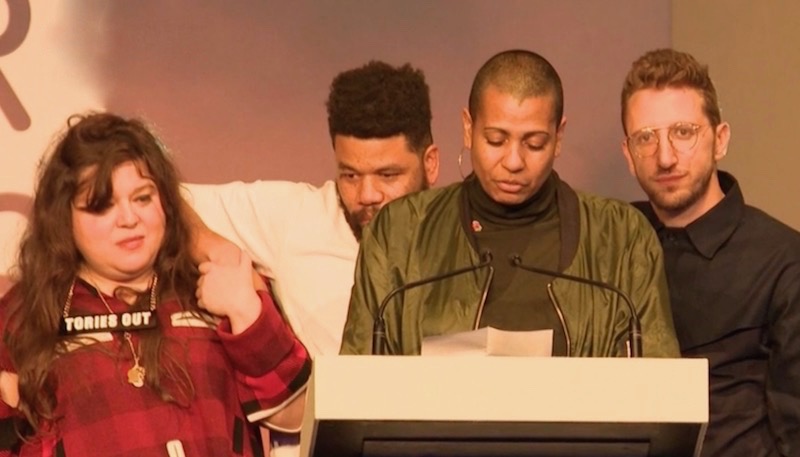 One shouldn’t be too harsh about this. Much of the art made by great artists in the past were ephemeral, often, though not always, intentionally so. Think, for example of the designs that Leonardo da Vinci made for masques, at the Sforza court in Milan. Nothing remains of these, except for a few preparatory drawings. The audience for such events was unabashedly privileged. No doubt part of the pleasure to be felt in visiting the Turner show in Margate consists in the knowledge that the spectator automatically enrols in the ranks of the enlightened few. Hurry up and attend. Once the event has gone, it’s gone for good. Certify yourself, therefore, as a member of the Arts Council-approved elite. Take a few pictures on your mobile, to prove you actually went.

Yet make no mistake about it: but in terms of where contemporary art is now, or where it might possibly be headed, the Turner is no longer relevant. For that, you probably have to look at the wild video games universe, where the devil still takes the hindmost. Chop up the Turner Prize if you wish, and distribute chunks of cash to those who are, in your terms, deserving. But the glory has long gone from that part of the British contemporary art scene. The palmy days of the YBAs, twenty and more years ago, when British art counted for something internationally, have departed. Breathe in gently, but one characteristic of that epoch was its competitiveness. Damian and Tracey are still with us, more or less the sole survivors from that era. Middle-aged now, they are mildly out-of-date, but official art, run by a complacent bureaucracy, can find no-one to equal them.

Every other year, the Turner Prize leaves Tate Britain and is presented at a venue outside London. Four of the most exciting artists working right now are shortlisted to win the prize based on an outstanding exhibition that has taken place in the previous year. This year’s finalists include Lawrence Abu Hamdan, Helen Cammock, Oscar Murillo and Tai Shani. The members of the Turner Prize 2019 jury are Alessio Antoniolli, Director, Gasworks & Triangle Network; Elvira Dyangani Ose, Director of The Showroom Gallery and Lecturer in Visual Cultures at Goldsmiths; Victoria Pomery, Director, Turner Contemporary, Margate and Charlie Porter, writer. The jury is chaired by Alex Farquharson, Director of Tate Britain.