UK Museums Set To Re-open From 17 May

Prime Minister Boris Johnson has provisionally announced that museums could open their doors to the public from 17 May. This four-step plan is part of a roadmap to ease restrictions initiated during the Covid19 pandemic. The Prime Minister announced the plan would go ahead conditionally if new infections were to remain low.

Under the latest guidelines, commercial galleries could be permitted to open from 12 April under new safety measures. Galleries are considered non-essential retail outlets.

Official guidance for the Government sets out that “indoor entertainment, including museums, cinemas and some theatres would be able to open with social distancing in place but has ruled out a vaccine passport for the time being.

Museums have been closed since 30 December 2020, after re-opening in July. The sector has suffered a catastrophic financial crisis, leading to redundancies, with some smaller institutions expected to close permanently. 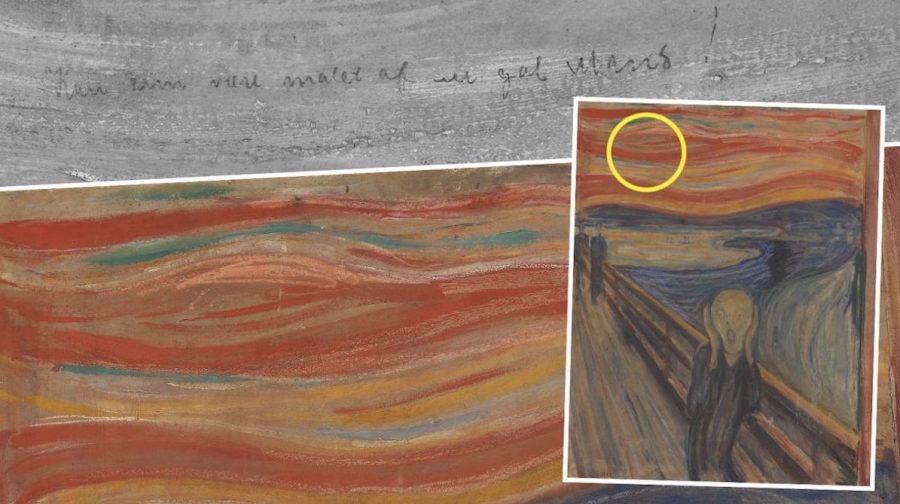 Edvard Munch scrawled cryptic graffiti on his iconic painting The Scream. New tests carried out by The National Museum of Norway have confirmed that the artist wrote the words.

The obscured sentence, which translates, “Can only have been painted by a madman”, has been disputed by historians for many years. The words inscribed in pencil appear in the top left-hand corner of the painting. Experts have now analysed the handwriting by comparing it to examples found in his journals and it matches.

Munch was known to have suffered from mental health issues for many years. Art critics in the past attributed the graffiti to vandalism by an outraged member of the public dating from when the painting was initially exhibited in 1893.

The artwork has undergone extensive conservation in preparation for its installation in the new Oslo museum, which is due to open in the Norwegian capital next year.

An outstanding group of modern drawings by European and American masters assembled by the late collector Howard Karshan has been presented to The Courtauld Gallery in London by his wife, the artist Linda Karshan. It is one of the most significant gifts of art to The Courtauld in a generation.

Living between London and New York, Howard and Linda formed a preeminent collection of modern drawings. Collecting with great discernment and passion, the drawings were an essential part of their lives for more than half a century. A carefully chosen group of 25 works on paper by leading artists of the modern and post-war period, which lay at the heart of their collection, forms this generous gift.

The works being given to The Courtauld demonstrate Howard and Linda’s sensibility for the expressive power and rich variety of drawing as an art form. The works are characterised by innovative mark-making and distinctive use of line. Examples range from radical watercolours by Cézanne and highly expressive finger drawings in ink by Louis Soutter, to abstract compositions made by Henri Michaux whilst experimenting with Mescalin to explore the subconscious, and on to works by Twombly that further broadened the possibilities of draughtsmanship.

The Karshan gift will transform The Courtauld’s collection by extending its major historical holdings fully into the twentieth century. It will join the gallery’s internationally renowned collection of 7,000 drawings, including masterpieces from the Renaissance onwards. Aside from Cézanne, none of the artists included in the gift has previously been represented in the collection.

The Karshan collection will be a major springboard for a wide range of future activities at The Courtauld, including exhibitions, displays, research projects, teaching and schools programmes.

The works will be exhibited at The Courtauld Gallery when it reopens in late 2021. This follows a major transformation project to restore its grandeur and create state-of-the-art facilities, which is supported by £9.5 million from The National Lottery Heritage Fund and generous donations from foundations, individuals and supporters.