Each year during Art Basel in Switzerland, UBS publishes its annual art market report. The document has become one of the most essential barometers in the art world.

The US was the largest market worldwide, accounting for 44% of sales by value. The UK regained its position as the second-largest art market (21%), while China was the third largest, with 19%.

1. Sales in the global art market in 2018 reached $67.4 billion, up 6% year-on-year. This second year of positive growth brought the market to its second-highest level in 10 years and has exceptional sales values 9% over the decade from 2008 to 2018.

2. The number of transactions reached its highest level since 2008, increasing 2% year-on-year to an estimated 39.8 million sales.

3. The auction sector (including both public and private sales) made up 46% of the market, down 1% year-on-year, while the dealer sector (including dealer, gallery, and online-only retail sales) accounted for 54%.

5. Despite Brexit worries, the UK had a relatively good year of sales, with values rising 8% to just under $14 billion. In the rest of Europe, the performance was mixed in 2018, with many of the broader markets declining.

The Art Market 2019 presents the results of comprehensive research on the global art and antiques market in 2018. The report describes some of the critical high-level trends in the global art trade, analysing the performance of different regions, sectors, and value segments of the market.

The information presented in this study is based on data gathered and analysed directly by Arts Economics (artseconomics.com) from dealers, auction houses, collectors, art fairs, art and financial databases, industry experts, and others involved in the art trade. (The Appendix offers an outline of some of the primary data sources used in the report.)

A critical part of the research each year involves a global survey of art and antique dealers. Many of the top- and second-tier auction houses take part in the auction survey.

Marc Spiegler Global Director, Art Basel says; “This year’s edition of the Art Basel and UBS Art Market report marks our third foray into the complex task of trying to quantify a market that is notoriously hard to analyse precisely – primarily due to the enormous role that galleries and private dealers play. That said, recent times have witnessed far greater willingness on their parts to discuss finances and the broad spectrum of business challenges, including wide-ranging debates about art-market imbalances. In an industry with a genteel tradition toward talking money, this is a sea change, and ultimately, a welcome development. 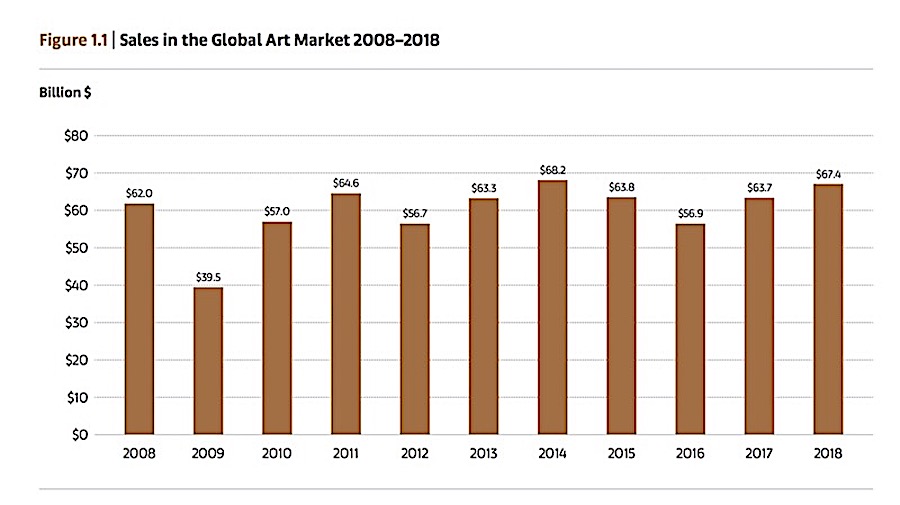 Throughout the report, readers will notice that seemingly clear large-scale trends often turn complex when examined granularly. While the market overall is incredibly robust and growing, that growth very much benefits a small number of galleries – and even within those ‘mega-galleries’ favours a handful of artists. The same holds at auction, where a small amount of works makes up the predominant share of the entire global auction market.

One of the fascinating new dimensions of this report is its probing of the much-discussed dynamic around female artists. Here again, the overarching trend and the underlying data offer mixed messages. Yes, much media attention was paid to female artists making breakthroughs at auction. Women still score a tiny proportion of the market’s top sales. Moreover, when it comes to the critical question of representation by major galleries, and even in the exhibition landscape, the analysis shows that men still dominate, markedly.

However unique the art-market modus vivendi may be, issues such as market consolidation, globalisation, and gender inequality parallel most other industries. Perhaps the only significant way in which the art world remains singular is its low level of digital disruption compared to other sectors, where companies such as Amazon and Uber have rapidly rewritten the rules of the game. Today, online sales represent 9% of the art market – not nothing, but comparatively low by 2019 standards.

Once again, Dr. Clare McAndrew and her team put together new data sets that make the report ever-more valuable to those who read it. When it comes to the report’s research on collectors, and especially on how differently millennials are entering and engaging with the art market.”

2018 was a year of steady growth for the global economy. Heightened US-China tensions, tighter monetary policy, and worries over the possibility of a worldwide slowdown, contributed to the first annual decline in global stocks since 2011. For the art market, it was a year of growth.

The number of billionaires worldwide has more than quadrupled since 2000, and many devote part of their wealth to building up collections, driven by a passion for art. Such shifts in wealth creation bolster Today’s globalised art market. Notably, a survey of over 600 high-net-worth individuals, undertaken in a collaboration between UBS and Clare McAndrew for this report, illustrated increasing engagement and spending power of millennial collectors in Asian markets. Meanwhile, demand in the US remained strong.

The global art market is continuously evolving and provides its participants with new opportunities and challenges. Fine artworks can sometimes generate capital gains. However, too strong a focus on financial returns can undermine the actual value of art. Art can be a unique source of pleasure, fascination, and cultural enrichment. This perspective is typically shared
by many of our clients. Around 86% of US collectors were surveyed recently for UBS Investor Watch Pulse Report had never, in fact, sold a work from their collections.

3. Looking ahead to sales in 2019, dealers had mixed views: 29% thought that their sales would be lower than in 2018, while 30% were optimistic that they would increase. This represents a considerably less-optimistic picture than in 2017 when the majority of dealers (58%) were expecting rising sales.

1. Dealers working solely in the primary market had the lowest median turnover at $500,000 in 2018 versus $5.1 million for those working in the secondary market only, while those operating in both had $1.8 million.

2. Of galleries working solely in the primary market in 2018, on average 63% of their total sales came from their top three artists, with 42% of value accounted for by one leading artist.

3. For those galleries working in the primary market, 36% of the artists they represented in 2018 were female, and sales of the work of female artists accounted for an average of 32% of their annual turnover. 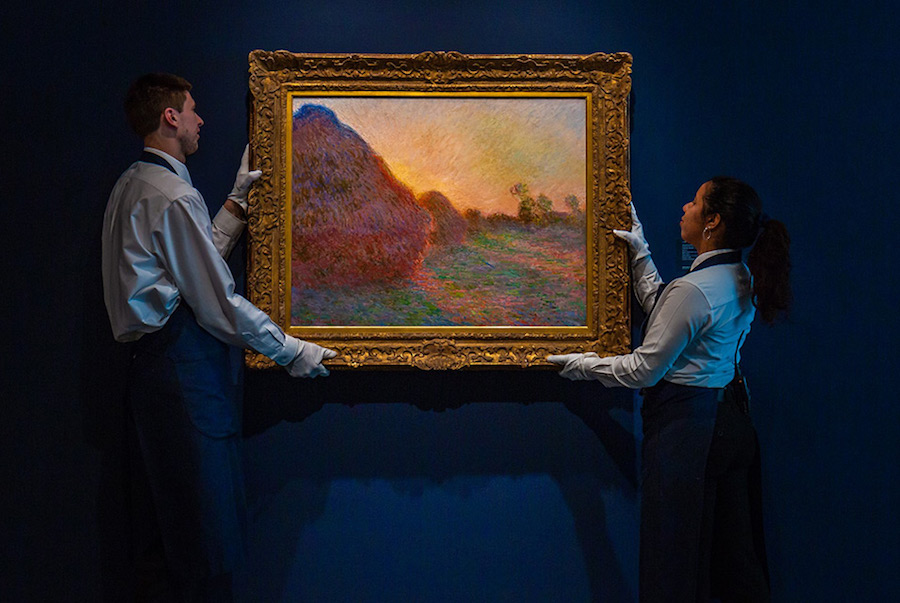 3. Works of art selling at prices above $1 million accounted for 61% of total sales value in the fine art auction market but for just 1% of lots sold. The number of lots sold in this segment grew by 9% year-on-year, while values increased 13%, providing much of the drive for the rise in aggregate auction sales over the year.

4. Post-War and Contemporary sales accounted for half the fine art auction market’s value in 2018, reaching $7.2 billion, an increase of 16% year-on-year, despite a slight drop in the number of lots sold (by 5%). 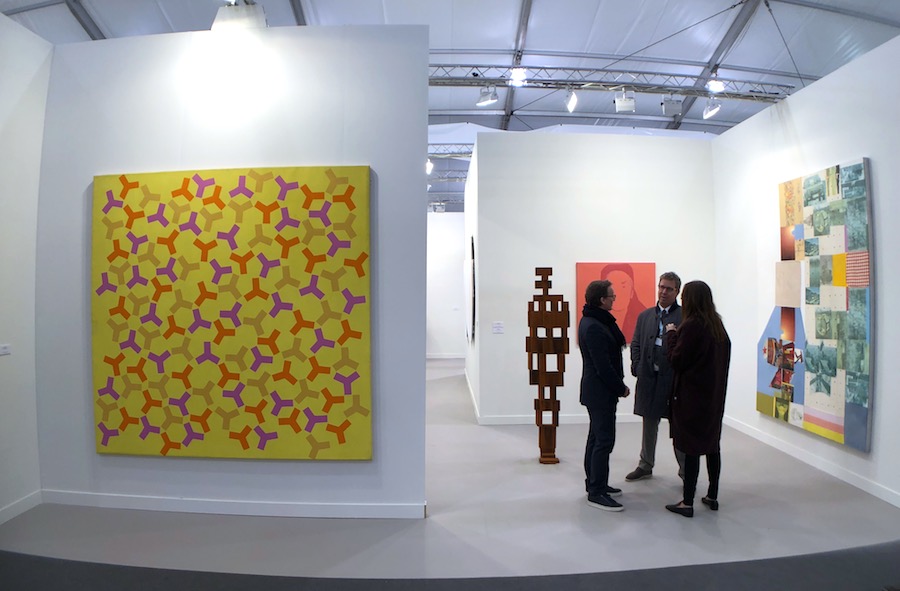 3. On average, dealers took part in four fairs in 2018, down from five fairs reported in the surveys of 2016 and 2017. However, attendance ranged between sectors and segments, with more than 25% of the sample having exhibited at 10 or more fairs. 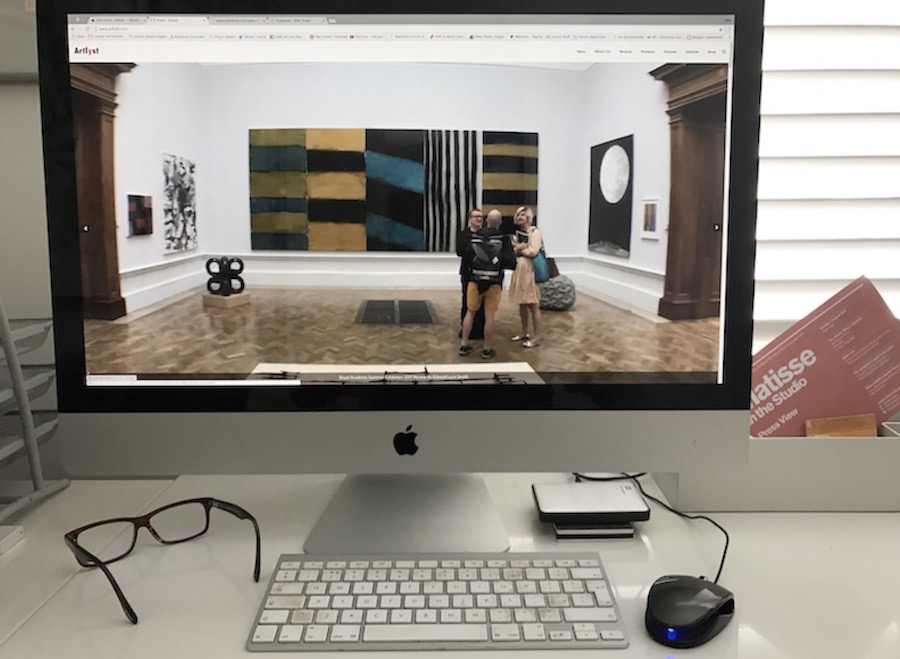 2. Aggregated online sales accounted for 9% of the value of global sales, slightly lower than the global online retail sector, where e-commerce represented 12% of total retail sales in 2018.

3. A survey of just over 70 companies engaged in e-commerce in 2018 showed that most online-only companies still sell the majority of their works in the segment of $5,000 and below, with less than 10% of transactions reported at price points above $250,000.

4. 93% of millennial HNW collectors reported that they had bought from an online platform, compared to a majority of baby boomers who had not bought art online before.

The dominance of the three largest art markets, the US, the UK, and China, continued in 2018, with their combined sales accounting for an 84% share of the global market’s total value, up 1% year-on-year. The US became the premier market for art as far back as the 1960s and maintained a share of more than 50% by value in most years up to 2000. This margin has been diluted somewhat in recent years, particularly with the emergence of China as a third global leader.