Christie’s autumn auction of impressionist and modern art in New York saw a painting by Vincent Van Gogh achieving $81.3 million kicking off what may prove to be a record season.

The freshness of stellar collections was one of some strong themes in the sale. Christie’s

“Laboureur dans un champ,” painted from the window of the French asylum where he was committed sold to a buyer on the telephone after four-minutes of robust bidding. The painting was valued at $50 million. Christie’s said it sold for $81.3 million, including the buyer’s premium, well over its pre-sale estimate of $50 million. It was nearly an auction record for a Van Gogh, matching the record of $82.5 million in New York for “Portrait of Dr Gachet.”

Painted in 1949, it was the first of 17 versions of the picture that Magritte produced in oil paint over the next 15 years. Christie’s said its flagship evening sale of impressionist and modern art netted a total of $479 million.

Pablo Picasso holds the world record for the most expensive piece of art ever sold at auction. “The Women of Algiers (Version O)” got $179.4 million at Christie’s in New York in 2015.

The star lot in New York’s November art auctions is “Salvator Mundi,” a painting of Jesus Christ by the Renaissance polymath Leonardo da Vinci circa 1500. It goes under the hammer Wednesday evening. It will be interesting if it sells at all (see article)

‘It was a great sale, a sale to remember,’ said Christie’s CEO Guillaume Cerutti afterwards. Jessie Fertig, Head of the Evening Sale, remarked on the ‘extraordinary interest in collections, which featured many works that had long been held in private hands’, and also underlined the extraordinarily international spread of bidding on the night.

Christie’s evening sale of Impressionist and modern art at Rockefeller Center on Monday achieved a total of $479.3 million, soaring past presale estimate of $360 million.

Christie’s highly anticipated season of 20th Century sales in New York got off to an impressive start with the Impressionist & Modern Art Evening Sale. Packed with masterworks by Monet, Vuillard, Van Gogh, Léger, Picasso and Magritte, to name but a few, the sale realised $479,320,250 / £366,172,842 — the second highest total for an Impressionist & Modern Art auction in Christie’s history. The auction was 88 per cent sold by lot and 96 per cent by value 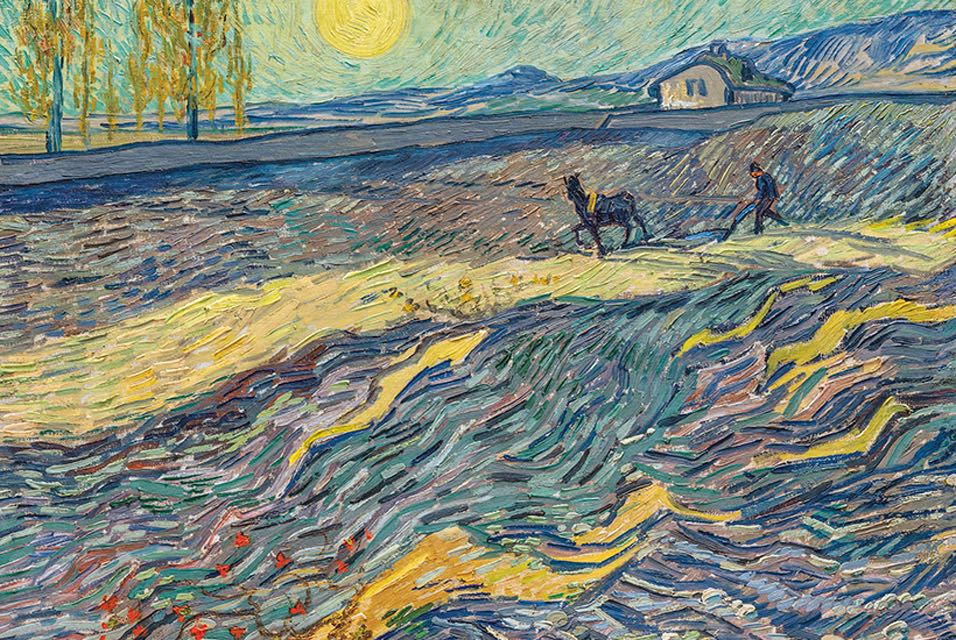 The Van Gogh was one of a rich and remarkably deep offering of highlights, which began with the first lots in the sale — a museum-quality selection of New York Dada works from the Beyond Boundaries collection. Rarely offered at auction, these ten pieces were assembled with the guidance of renowned advisor Alain Tarica, who also worked with Yves Saint Laurent and Pierre Bergé, and Hubertus and Renata Wald.

The second highest price on the night was realised when Fernand Léger’s Contraste de formes from 1913, sold for $70,062,500, easily eclipsing the previous world auction record for the artist — $39,241,000, which was set in 2012. Offered for the first time at auction, this groundbreaking painting of the early 20th century came from the property of the Anna-Maria and Stephen Kellen Foundation, with proceeds from its sale going towards the foundation’s philanthropic mission.

Perhaps the defining feature of the auction, though, was the sheer number of masterpieces, which saw thousands of people visit Christie’s Rockefeller Center galleries to enjoy the pre-sale exhibition. Such widespread interest in the art on offer was reflected in further world auction records being set for René Magritte, whose iconic L’empire des lumières sold for $20,562,500 / £15,708,556, drawing the first of numerous bouts of applause from the saleroom, and Emil Nolde’s Indische Tänzerin, which was acquired for $5,262,500.