Running around the Venice Biennale is like any other big art event work and pleasure. This year is a lot cooler and a bit rainy so at least you don’t have the discomfort of contending with the exhausting heat.

Venice is a small walkable group of islands and you keep running into the same people who are on an endless circular trajectory of exhibition, event and party-going. There are many official and unofficial collateral events to attend as well as the main pavilions located in the  Giardini and Arsenale sites.

The 57th International Art Exhibition features 85 National Participations in the historic pavilions at the Giardini, the Arsenale, and the city of Venice. Four Countries are participating for the first time: Antigua and Barbuda, Kiribati, and Nigeria. Selected Collateral Events are presented by international organizations. The main exhibition this year curated by Christine Macel, is organised by La Biennale di Venezia chaired by Paolo Baratta. The aim of the 2017 Venice Biennale “Viva Arte Viva” is to place art in the middle of the life cycle adding glimpses of beauty in the world around us.  The Biennale statement declares that, “In the wake of the Biennale Arte directed by Okwui Enwezor, centred on the theme of the rifts and divisions that pervade the world, and aware that we are currently living in  an age of anxiety, La Biennale has selected Christine Macel as a curator committed to emphasizing the important role artists play in inventing their own universes and injecting generous vitality into the world we live in. Her experience in the Department of “Création contemporaine et prospective” at the Centre Pompidou in Paris has long offered her a vantage point rich in potential from which to observe and identify new energies coming from various parts of the world”.  Artlyst is now routing around to assess if this is succeeding in its mission. 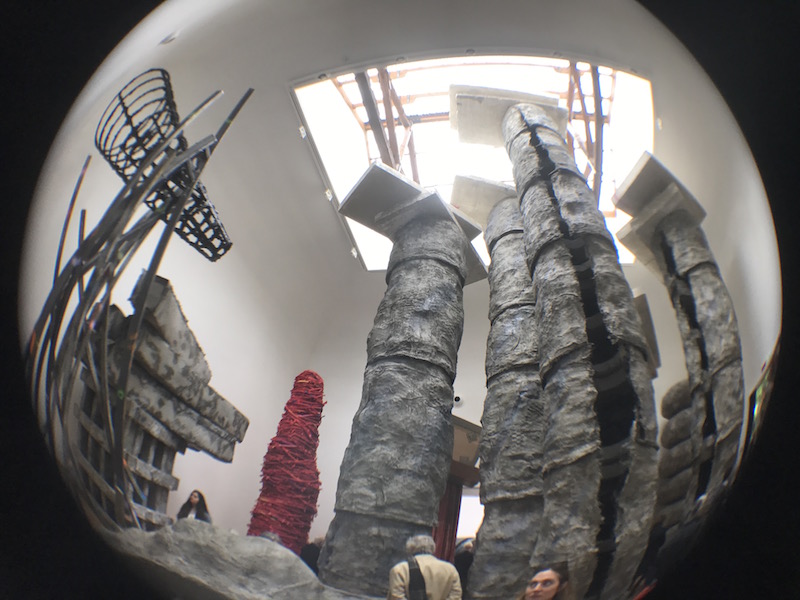 I have been in Venice since Monday and have already seen the main exhibition and pavilions such as Great Britain, where I attended the official opening of Phyllida Barlow’s distinct installation which redefines sculpture as a group of 3D paintings. Here are some of the highlights. 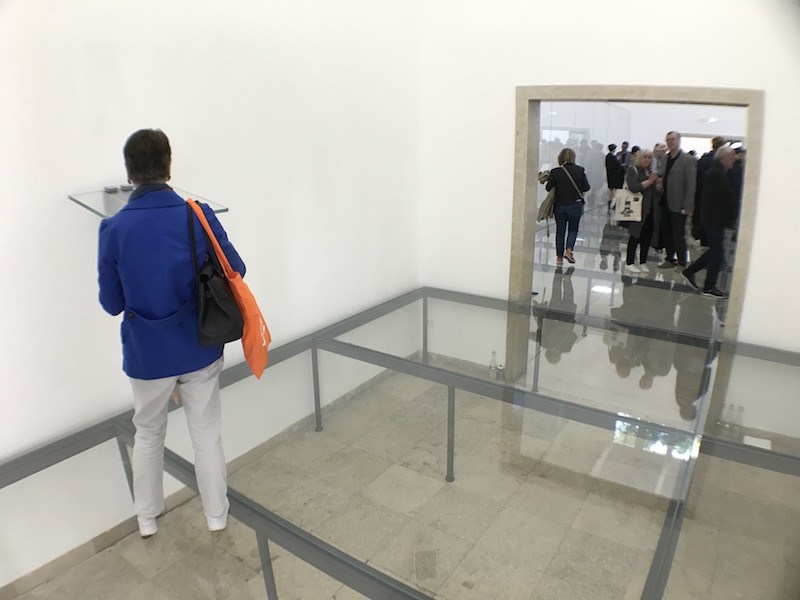 Other outstanding pavilions have been Anne Imhof’s “Faust” the German offering which is a vertigo inducing glass floor with various performances taking place below, a la Vito Aconcci. Not quite in the naughty way but visual similarities can be drawn. Dogs patrol the outside and occasionally a group call the fences drawing one to think of borders and control. 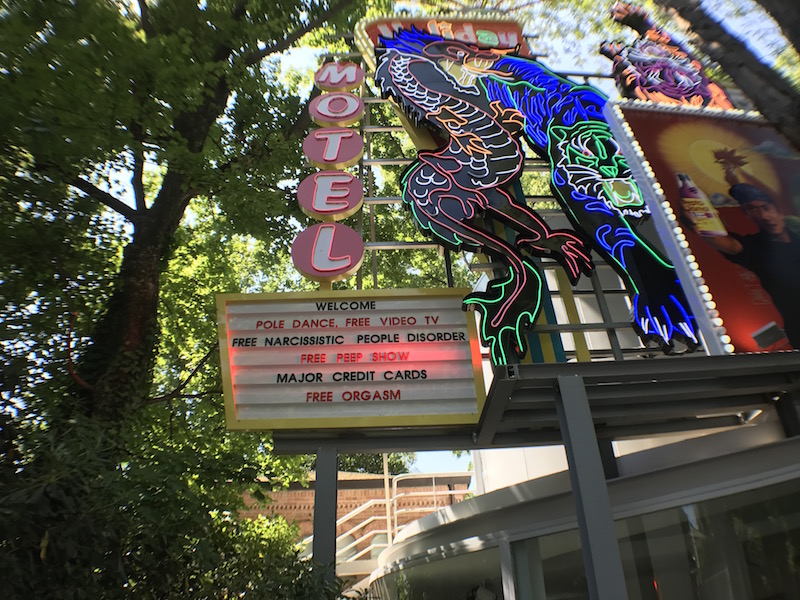 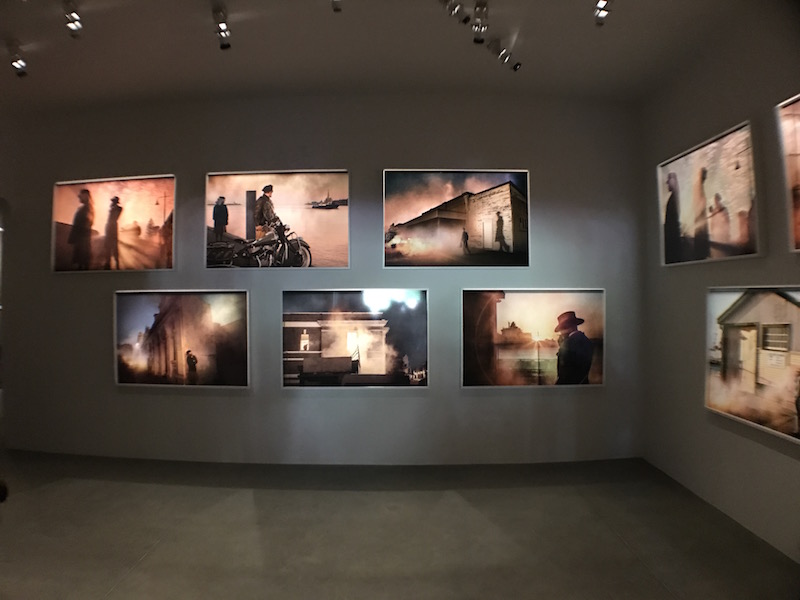 Australia offers Tracey Moffatt’s My Horizon at the Australian pavilion successful display of photographic works. Many countries have responded to the uncertain politics of our times  and “indigenous rights” or “refugee rights” emblazoned on bags abounded. 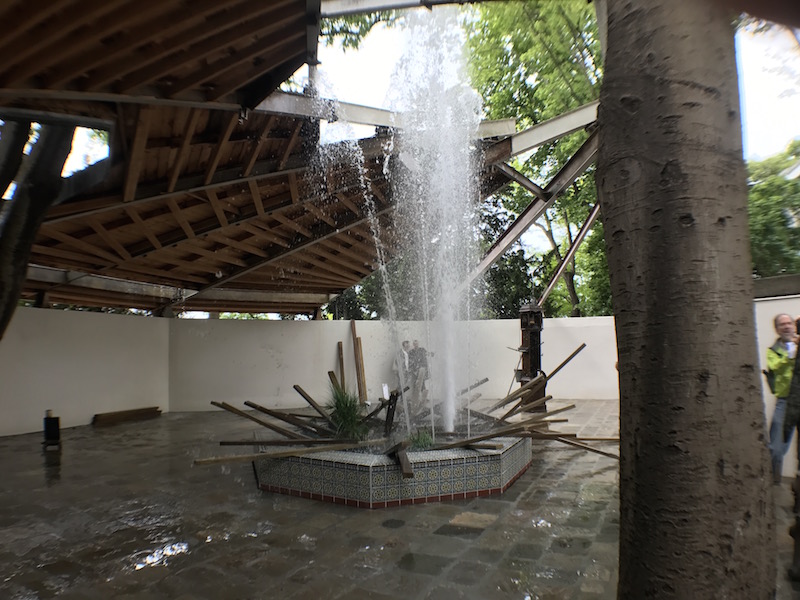 The Canadian Pavilion this year is presented by Geoffrey Farmer who first emerged at Documenta 12. His work is the last to be installed in the pavilion built in 1957 before it undertakes a complete restoration, celebrating 60 years since it it was built. Farmer’s work is an architectural piece which shoots water up through the roof of the building and creates a disorienting array of  wood, bricks, water and bronze formed as faux wood overlooked by a giant praying mantis. 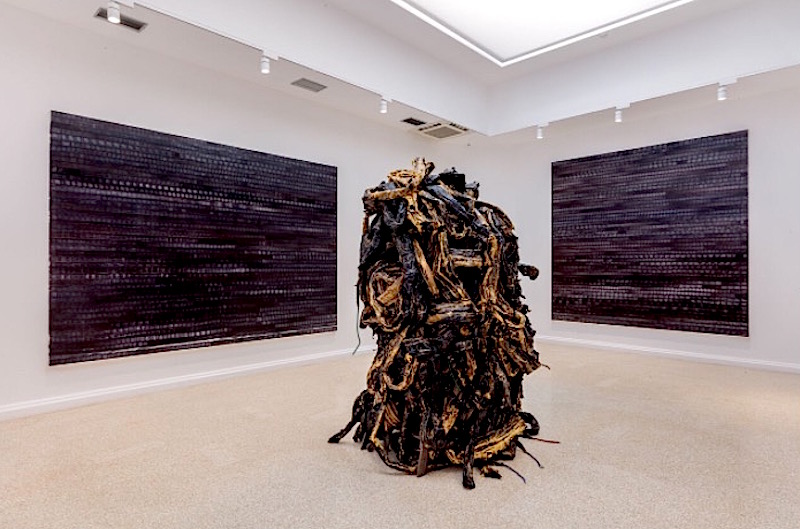 US artist Mark Bradford turns to mythology with American history blending crisis which makes a strong political statement. Over the five galleries inside the United States pavilion. ‘Tomorrow is Another Day’ was designed to be a multilayered narrative of personal experience combined with social history. Our contemporary world is recreated from the ancient past, weaving a mythological tale. The story is told through paintings and sculpture that experiments with material abstraction. The works are presented alongside video work creating a relevance to current events both political and spiritual.

So much more to do and see both at the Arsenale and collateral events. Have made it to Wales – a stimulating, thought provoking sound and video installation by James Richards which uses appropriated youtube footage. 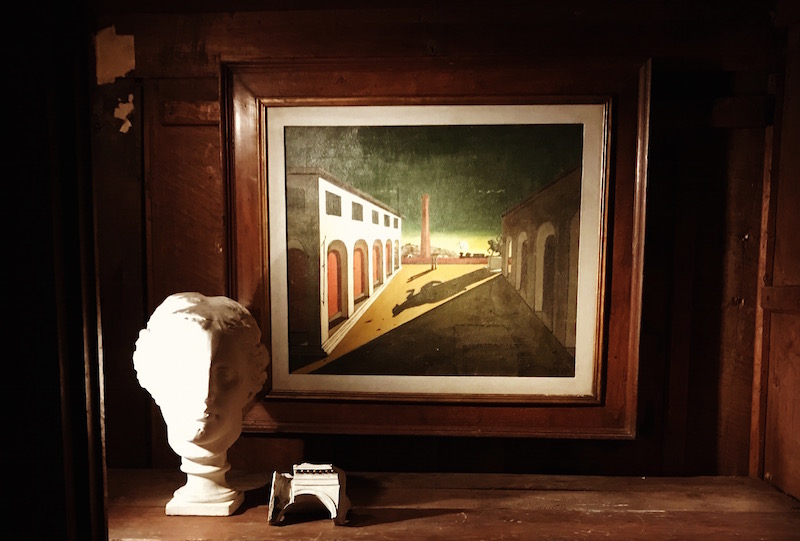 Intuition at The Palazzo Fortuny

Intuition at The Palazzo Fortuny

The exhibition curated by Axel Vervoordt and Daniela Ferretti brings together an eclectic mix of artworks from 20th century masters such as Kandinsky, De Chirico, Giacometti through to contemporary masters such as Joseph Beuys, Anish Kapoor, Gerhard Richter right up to new technological inventions using a 3D ceramic printer by Matteo Naini.  All this set against a splendid palazzo. 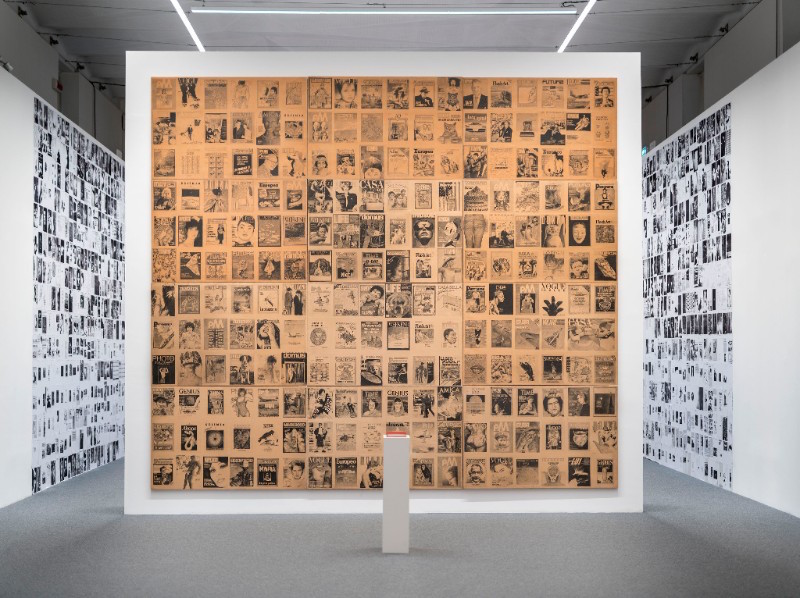 Alighiero Boetti: Minimum/Maximum at the Cini Foundation, Island of San Giorgio Maggiore, Venice,  in association with Tornabuoni Art and the Alighiero Boetti Archive, curated by Luca Massimo Barbero with a special project by Hans Ulrich Obrist and Agata Boetti, Explores Boetti’s use of a photocopy machine. more to follow 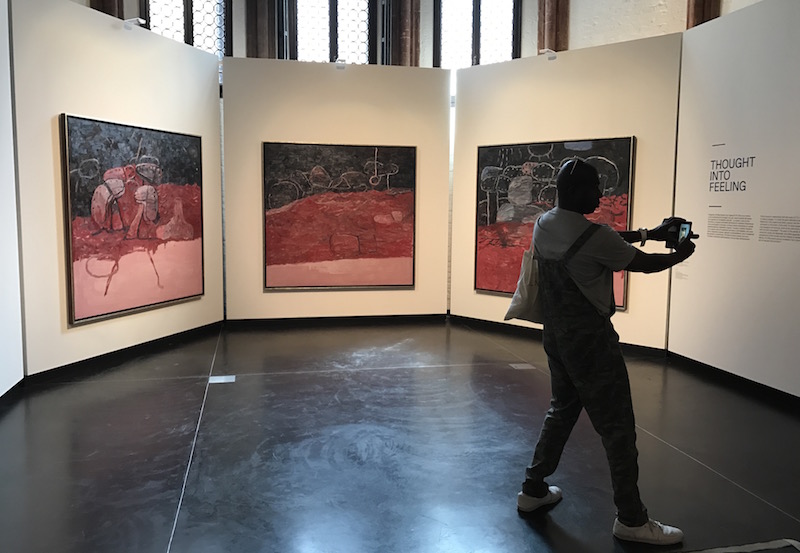 Philip Guston and The Poets

If you love Guston you mustn’t miss this show at The Gallerie Dell’Accademia di Venezia until 3 September. 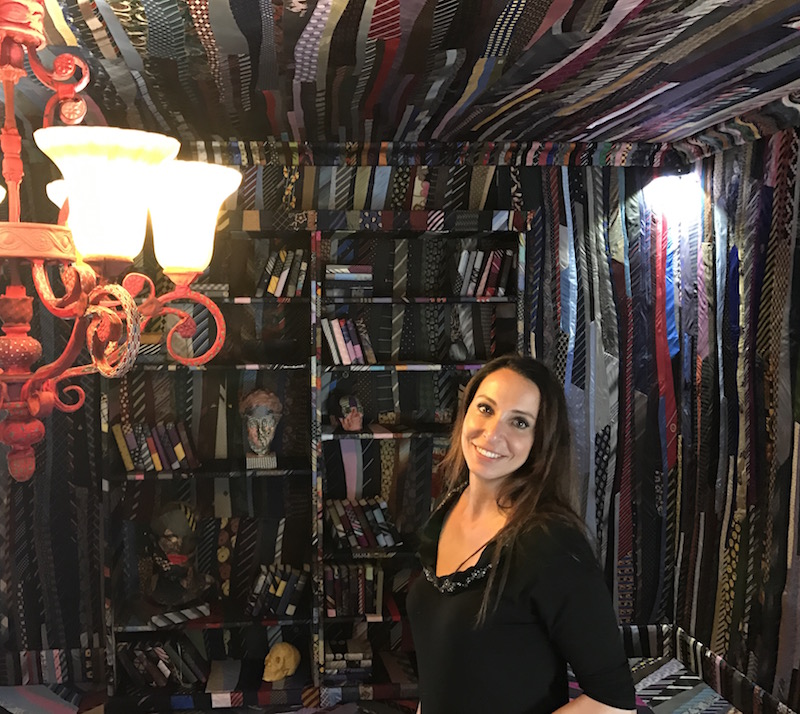 Hirst Today along with Scotland and Ireland. This is the beginning so much more to come.

The 57th International Art Exhibition, titled VIVA ARTE VIVA curated by Christine Macel, will be open to the public from Saturday 13 May to Sunday 26 November 2017 at the Giardini and Arsenale venues.