A new exhibition of photos by Wim Wenders taken at the site of the World Trade Center towers a month after 9/11 has gone on display at the Imperial War Museum in London.

These oversize photos, heavy in detail, accentuate the aftermath of horror two decades on

In November 2001, the Oscar-nominated filmmaker visited Ground Zero to capture the devastation caused by the terror attacks and the colossal recovery operation being undertaken.

Wim Wenders: Photographing Ground Zero presents large scale photographs taken less than two months after the attacks, as the gravity of these events left a new world in their wake.

Reflecting on what he witnessed in New York, Wenders has said: “My panoramic camera captured this amazing message: ‘Something terrible, altogether infernal, has happened here. But please, let this not become a ground for more hate; let the lives that were taken here not become the reason for more bloodshed. Let this place be forever a symbol of peace and healing’.” 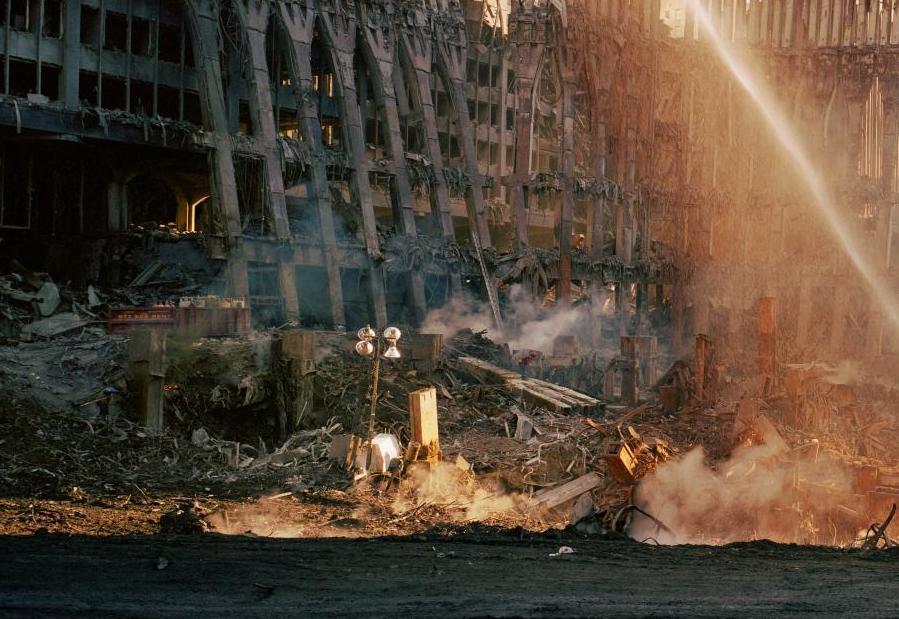 Wenders’ love of buildings and landscapes, and how light is trapped in the structure, and how people are trapped in a city’s loneliness is reflected in many of his movies over the past decades. Cities or buildings become the romantic focus of the frame, like narratives that actuate Wenders’ characters. These oversize photos, heavy in detail, accentuate the aftermath of horror two decades on.

Wim Wenders is a multi-faceted artist: a painter, actor, writer and one of the most successful contemporary filmmakers. He first made his name as a leading director of the New German Cinema in the 1970s and became a cult figure on the international film scene by the mid-1980s. It was in 1983, while scouting for locations for Paris, Texas (1984), that he began to use photography as an art medium in its own right.