Nobody, I think, could be keener than I am to see women obtain more recognition for their creative contribution to the visual arts. I actually have track record where this topic is concerned. If you want a major figure in the history of feminist art, then you needn’t look much further than the career of the American artist Judy Chicago, whose seminal installation The Dinner Party (1974-9) marked a turning point in the reception of women’s art.

Enthusiastic curators of women’s art often tend to focus, not on current events, but on the past – ELS

Yet there is one rather curious feature in the story of Chicago’s career. The Dinner Party made the artist famous very quickly in her native country. The process was accelerated by her best-selling autobiography: Through the Flower, My Struggle as a Woman Artist (1973). Yet it took until the year 2000 for Chicago’s artistic achievement to be examined in depth in the kind of solo monograph that many other American artists had already received much earlier. The book in question – Judy Chicago: An American Vision – was eventually written by me, a male, non-American critic. It’s not too much to say that it changed perspectives, by stressing the importance of the artist’s place in the dominant visual culture of her epoch. I once asked Judy why no American feminist had undertaken the job. She looked at me wryly, shrugged her shoulders and said: “Well, they had their chance.” 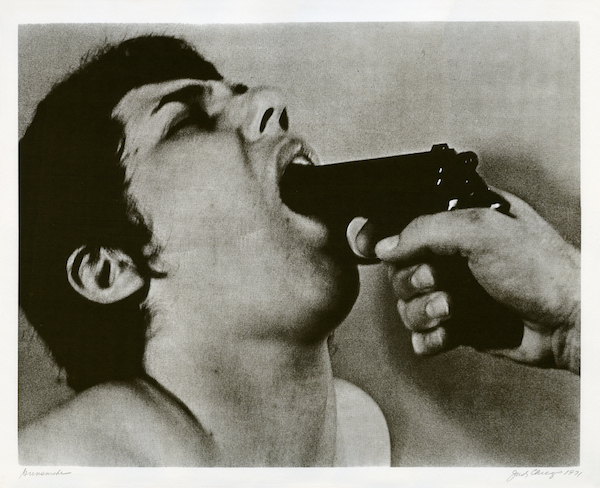 Before the monograph, it was possible to see Chicago’s work and career as a freakish accident, with a big place in the feminist narrative, but only a minor one in the history of American art. After the book was published, given the solidity of the evidence it offered, her native art world could no longer dismiss her as being a marginal figure. The centrality of her artistic achievement has been reinforced by much that has happened since.

Essentially American art has tended, in the years since the millennium, to become increasingly regionalised. In part this is due to both geography and economics. Fewer and fewer bright young artists can afford to live and work in New York. Instead, they have formed regional communities throughout the United States. We now tend to think, not in terms of American art as such, but of Californian art (Los Angeles and San Francisco), New Orleans art, Seattle art, and of art as it flourishes in New Mexico, where in fact Judy Chicago now lives.

In terms of overall ‘American-ness’ – art that speaks for America as a whole – there are now only two strands that count: African-American art and feminist visual expression. It’s no accident that Martin Puryear, the American artist just belatedly announced as the choice for the American pavilion at next year’s Venice Biennale, is – yes – a senior figure in African-American art. He, like Judy, speaks out loud and clear for Uncle Sam.

However, with this rise of feminism, several problems have begun to manifest themselves. One of these is an increasing desire to re-arrange art history. Enthusiastic promoters of women’s art often tend to focus, not on current events, but on the past. Specifically, these promoters want to revise the story offered, not by exhibitions of current art but by the bedrock narrative of permanent collections. There is a demand for the acquisition of works by ‘unjustly forgotten’ women artists. The trouble is not only that these are in short supply, but in fact that once acquired, they make little or no difference to the main narrative. There is no female Michelangelo lurking undiscovered in the annals of the European High Renaissance. If there ever was a woman who painted the equivalent of what we see in the Sistine Chapel, both she and her work immediately vanished into thin air. 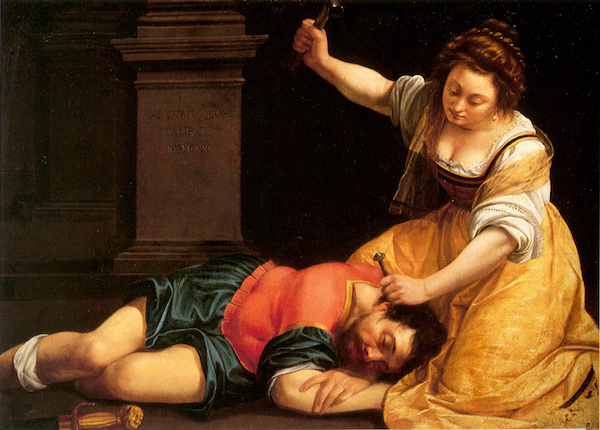 There is also no female painter of the Baroque period who had anything like the impact made by Caravaggio on his contemporaries. Strenuous claims are sometimes made on behalf of Artemisia Gentileschi. She was undoubtedly a top rank Baroque artist of the second generation, but there is no evidence that she was a game-changer, which Caravaggio undoubtedly was.

There are indeed still discoveries to be made. One of them is Michaelina Wautier (1614-1689), currently the subject of an exhibition in Antwerp, at the Aan de Stroom Museum (till 2nd September), and also of a major monograph, just published in Flemish and in English. Only about 30 paintings are currently known, but it is evident from these than her work covered a wide range of genres and included ambitious figure compositions that show she could on occasion give her older contemporary, Sir Peter Paul Rubens (1577-1640), a run for his money. Yet it is also quite clear, from the dates alone, who led and who followed. 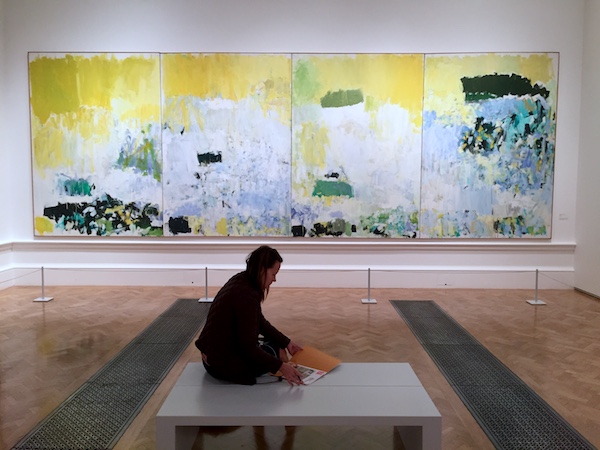 Even in the earlier decades of the Modern Movement, women artists played a secondary role. There was no leading female Cubist. Despite claims sometimes made to the contrary, women painters played a secondary role in the Surrealist Movement and a scarcely more influential one in the story of Abstract Expressionism. The recent comprehensive show at the Royal Academy devoted to the Abstract Expressionist movement tried to demonstrate that female artists played a major part and failed to do so. Lee Krasner was not, in terms of creative impact, a central figure. Her hapless husband Jackson Pollock undoubtedly was. Joan Mitchell arrived too late to belong to the core of Abstract Expressionism. Ab-Ex owed a lot of its oomph to a few visionary women promoters and dealers, Peggy Guggenheim among them – but that’s a different part of the story.

If one looks at what has happened in art since the Modern Movement began, and also at what has happened since then, in the pluralist epoch of Post Modernism, one sees certain patterns emerging. One is that leading women artists often took much longer to establish themselves in the art world of their time and were often somewhat isolated within that context. The career of Louise Bourgeois offers a case in point. So too, does that of Agnes Martin. 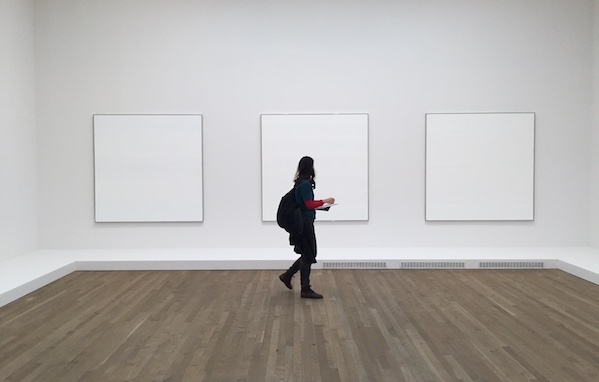 Another, much more positive factor has been a huge growth of cultural pluralism, much of it die to information made available by the web. We are now aware that women artists were frequently more central to the narrative when working in situations apart from the North American/Western European centre. Modernist Latin American art, for example, owed a lot, from its beginnings to women artists, among them Tarsila do Amaral (Brazil, 1886-1973), Frida Kahlo (Mexico. 1907-1957), Tilsa Tschuya (Peru, 1928-1974) and Marisol (Venezuela, 1930-2016).

A rather similar pattern can be seen in the history of 20th-century Russian art, both among artists who remained in Russia and those who expatriated themselves. Among the major names are those of Liubov Popova, Natalia Goncharova, Aleksandra Exter and Zenaida Serebriakova.

Women artists have also played a prominent part in the contemporary art worlds of both Iran and Japan – though not so much in that of mainland China. Iran has an impressive group of feminist photographers, working not as exiles but as residents in the Islamic Republic. Highly original and outspoken female artists and photographers are to be found throughout the contemporary Middle East.

One reason for the prominence of women artists in what may appear to be difficult and repressive societies is that, in macho contexts, making art is still often thought to be an un-masculine occupation. Another is that, when compared with opinions expressed in words, visual images can be usefully ambiguous. Deniability is close at hand, while paradoxically a thing shown or seen will often resonate more powerfully than a verbal formulation.

One thing, however, that threatens traditional – as they now seem – feminist formulations is that attitudes about sexual difference and sexual roles are no longer binary but have become increasingly multiple and complex. 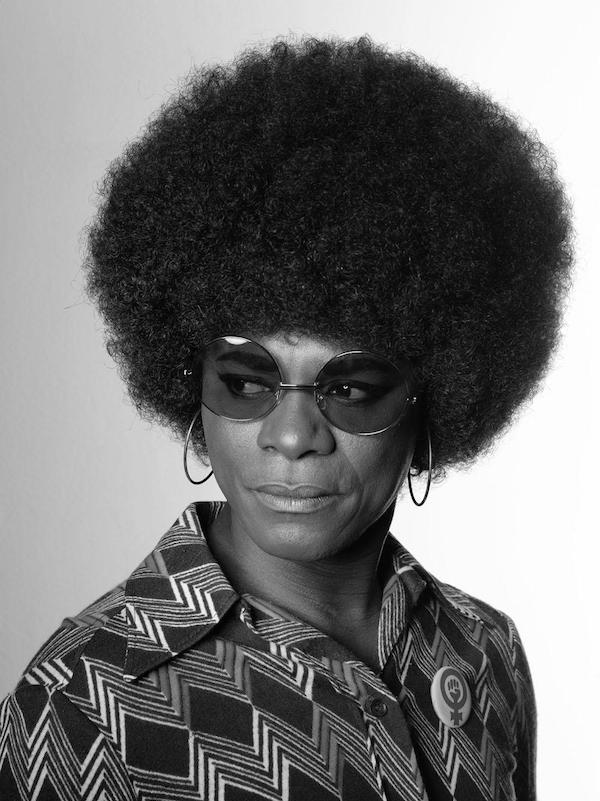 The London art world is about to encounter a dilemma of this sort, in the form of an exhibition devoted to drag that will open (free entry) on August 22nd at the HENI Project Space in that local temple of all things politically correct, the Hayward Gallery. The term ‘drag’ denotes the practice of dressing up in clothing and accoutrements that are linked to a sexual identification opposite to that of the person wearing the costume. It can be applied to women wearing male costume but is much more commonly associated with men in female dress.

The gallery advertises the exhibition as follows: ‘DRAG: Self-portraits and Body Politics will examine how artists have used drag from the 1960s onwards to question ideas of gender, class and race, focusing largely on self-portraiture.’

A show of this theme may seem to be a very up-to-the-minute thing to do. One thinks, for example, of the public persona of Grayson Perry, currently Britain’s most successful ‘village explainer’ – to borrow a term coined by Gertrude Stein to describe the promotional efforts on behalf of the Modern Movement made in his early career by the poet Ezra Pound.

Drag also has a long-established tradition nevertheless in British popular culture. In Christmas pantomimes, in roles always played by men, there are the Ugly Sisters who berate Cinderella, or the more sympathetic Widow Twankey in the story of Aladdin and his wonderful lamp. Twankey first trod the boards in 1861. She is Aladdin’s mother, who runs a Chinese laundry, and, in a neat reversal, her son, the hero of the drama, is played by a young actress. The Widow’s name derives from an inferior grade of tea leaf.

Drag performances, in a pantomime context or even more so out of it, generically camp things up. Which is to say that female characteristics are exaggerated by performers not of the female gender for purposes of mockery. What is mocked is twofold: femininity on the one hand and supposedly effete homosexual mannerisms on the other. It’s hard to think of the more solemn campaigners on behalf of female equality in art feeling completely comfortable with either of these impulses. Drag is, to its core, a protest against what is politically correct, Those who want to feel insulted by the upcoming Hayward Gallery exhibition no doubt will do so.