I’ve been looking again at Georgina Adam’s recently published book, The Dark Side of the Boom (Lund Humphries). It ranges over a wide variety of contemporary art world topics and is quite largely concerned with recent art world misdeeds – that is, with the commercial rather than the official sector of art world activity, insofar as these can be fully separated from one another.

On this occasion what particularly caught my attention was her account of the rise and fall, during the past decade or so, of the art movement that came to be known, rather insultingly, as Zombie Formalism. At one stage in its rather brief life, this made quite an impact in the buy-and-flip commercial sphere – for example in successive editions of Art Basel Miami Beach – but caused scarcely a tremor here in Britain. Almost none of the artists closely associated with it seem to have had major exposure here in London. Nothing at all in grandee official galleries, and very little even in big name commercial ones. Where the major stars in the group are concerned – Lucien Smith (sorry, no relation), Parker Ito, Hugh Scott-Douglas are concerned, there was just one full dress solo show, for Parker Ito at White Cube. Slightly lesser names – Ned Vena, Davis Rhodes, Wyatt Kahn, Ethan Cook – also seem to be had almost no presence here. Maybe just an appearance with a lesser dealer in what is coyly described as ‘a viewing room’. That is to say, in some location not fully open to the general gallery-going hoi-polloi. 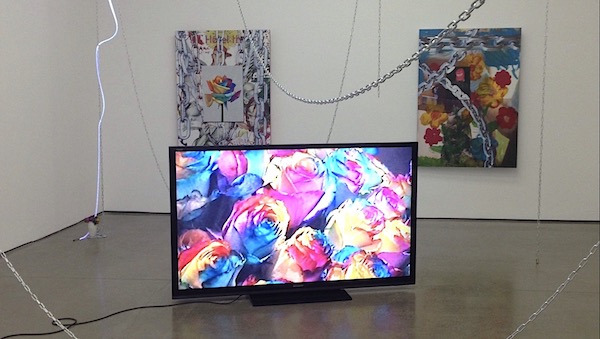 The artists concerned with Zombie Formalism are for the most part American. Just one, Hugh Scott Douglas, was born here in Britain, now seems to identify as Canadian and lives and works in New York. They are all quite young. Scott Thomas was born in 1988. Their absence from the British scene is however striking for at least one very solid reason, which is the increasing absence of really youthful artists – Young Turks of any kind – from prestigious London exhibition spaces. Charlotte Prodger, who won this year’s Turner Prize, is 44. Her immediate predecessor, Lubaina Himid, winner in 2017, was born in 1954. The judges had to raise the then existing age-limit to give it to her.

Prodger, “known for exploring queer identity” won the Turner for two videos, one of them short entirely on her iPhone. BBC News reported approvingly that the film in question, entitled Bridgit, “captures many of the themes of contemporary life. In her thoughtful, poetic meditation, she explores identity, gender, nationhood and how our subjective views can change.” I’m pretty sure you wouldn’t find any of that in the work of the Zombie Formalists. They belong to a completely different artistic universe.

At the Turner award ceremony, Tate director Maria Balshaw used her speech to bemoan the pressures on students and schools that have led to “a steady decline in the number of students who are enrolling for arts subjects…It is not good enough – not good enough for young people, and not good enough for the future that we should wish for, for this county and the world.” 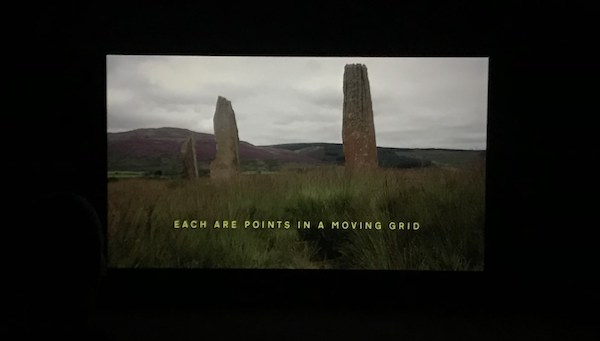 Fine words in indeed, but when one starts to look at the track record of those Zombie Formalists, one does begin to have doubts. They may be in a bit of a trough at the moment, but they have been enormously widely exhibited – though not, as it happens here. Los Angeles, New York, Zurich, Copenhagen, Paris, Brussels, Japan, Hong Kong. Their work has been acquired for major museum collections, especially though by no means exclusively in the US: the Whitney in New York, the Pompidou in Paris, MOCA in Los Angeles, the Dallas Museum of Art, MCA in Chicago, the Allbright Knox in Buffalo. There is no sign that the kind of Brit art that Ms Balshaw and this year’s Turner judges favour is reaching a similar public. And, if you go to the Tates on an ordinary day, you don’t – at least in my experience – see much of the ‘young people’ Balshaw is so anxious to serve. Tourists certainly, the active but retired, parties of school kids, but not a high proportion of young Londoners, out in the world, living active lives. Those may, if contemporary art is their thing, make time to come at weekends, but they are not necessarily the largest portion of the contemporary art audience here in London, for obvious practical reasons. Being in denial about this inconvenient statistical fact doesn’t get anyone anywhere.

Meanwhile, good works be damned. Ticking the right boxes be damned. Visibly virtuous subject-matter be damned. The Tate/Turner version of the art world is not at the centre of things as it likes to believe, but is, instead, out there on the edges. Meanwhile, while the longed-for young audience remains skittish, our galleries, both public and commercial, remain strangely reluctant to take a chance on young artists. It seems a good bet that if the age of those actually exhibited went down, these artists might perhaps attract a public closer to their own generation.

*Charlotte Prodger is a Glasgow-based video artist who works primarily with an iPhone to create her highly personal videos about queer identity and isolation.

*Parker Ito is an American artist whose work primarily consists of painting, installation, and web based imagery. His internet-influenced approach to art results in large bodies of work produced in short amounts of time. He is known as a leading exponent of Zombie Formalism and has exhibited in the United States, and internationally. He currently lives and works in Los Angeles.