1968 was a turning point for protest history and a flashpoint in modern society. Now a new display to mark 50 years since the protests has been announced by Tate Britain reveals how artists in London responded to this watershed moment in political and social history.

1968 witnessed a series of protests across the globe. Although the different movements were not united by one singular goal, there was a shared sense of youthful rebellion and a struggle against oppression that was both personal and political. 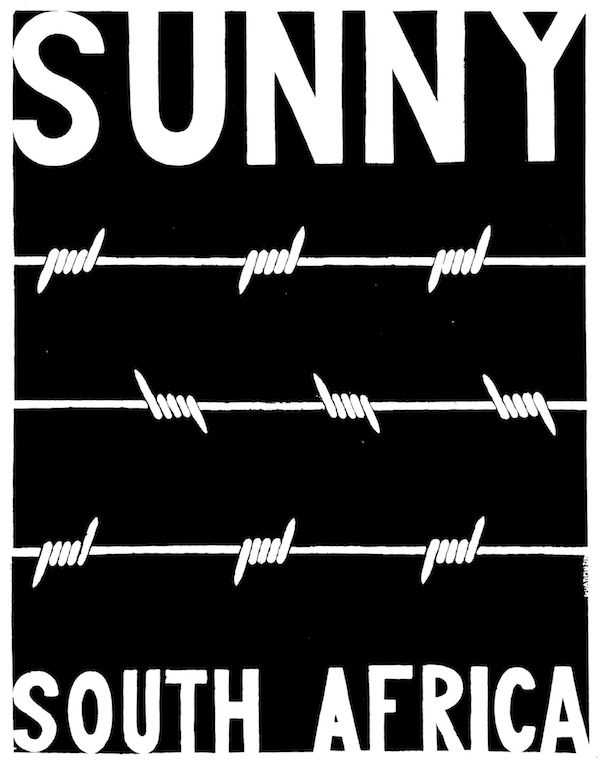 London: 1968 features a series of iconic agit-prop posters by the Camden Poster Workshop, who moved their studio into the London School of Economics during the student occupation in October. Inspired by the Atelier Populaire in Paris, between 1968-1971 anyone could commission a poster from the workshop, using screenprinting equipment to create posters for workers, tenants’ associations and liberation movements from all over the world. The posters leave behind a permanent visual record of pertinent issues of the time such as rent and industrial strikes, the Vietnam War and civil rights movements in Ireland, America and South Africa.

Also in the display, a film by Patricia Holland looks at the occupation of Hornsey School of Art by its students, while archive material delves deeper into the activities of these artists and the wider impact of May 68.

London: 1968 brings together work by radical artists including Barry Flanagan, Richard Long, Joseph Beuys and Mario Merz who participated in the landmark exhibition When Attitudes Become Form at London’s ICA in 1969. The exhibition was initiated and researched in the immediate aftermath of May 68, reflecting its idealism. Just as the student protestors were questioning the political, social and cultural establishment, these artists were questioning the nature of the art object.

London: 1968 coincides with 1968: Protest and the Photobook, a free display at Tate Modern bringing together politically engaged photobooks made during this period. The photobooks reflect a surge of political activism in places such as France, Japan, Italy, Mexico and Czechoslovakia. Some document marches and demonstrations, with the photographer bearing witness to collective action, while in others, the photobook is itself a medium of protest, conveying a specific perspective on events.