On the occasion of Arnulf Rainer celebrating his 90th birthday, the Albertina Museum is presenting a selection of his works from its extensive holdings. The exhibition draws an arc from important early works to his photographs and reworked photographs of the 1960s and ’70s, the crosses and veiled pictures of the 1980s and ’90s, and his most recent output. In so doing, the exhibition underlines Rainer’s importance in the context of post-1945 art history both within and far beyond Austria’s borders.

The exhibition focus primarily on early overpaintings and crosses, works from Rainer’s large group of Face Farces, and a series of equally impressive “veiled pictures”. The shape of a cross, which brings together vertical and horizontal trajectories, became Rainer’s typical and characteristic painting surface. This shape bears within it a broad range of substantive connotations such as death, mystery, and transitoriness.

Crosses and crucifixions are a thread that runs through all of Rainer’s work. Indeed, he regularly uses other visual material from Christianity, such as Roman or Byzantine images of Christ or the Madonna, and, between 1995 and 1998, produced a remarkable sequence of overpainted Bible illustrations, in which he responded to originals ranging from 10th-century illustrated manuscripts to the art of the 19th century.

Jérôme Cottin has written that Rainer ‘is undoubtedly the most important living Austrian artist. His work is known and valued across the world. In his early years he belonged to the Austrian avant-garde and rebelled against all kinds of institutions in his country from state and school to various cultural institutions. Thanks to his encounter with the Viennese archbishop Otto Mauer he became interested in religion, the Christian faith and mysticism. The clergyman (as organizer) and the artist mounted several illustrious expositions together. In 2004 Rainer received an honorary doctorate from the Catholic Theological Faculty of Münster in Germany. His startling and sometimes provocative work is often exhibited in churches.’ (‘Veiling and unveiling’ – www.artway.eu)

Rainer’s association with Mauer was significant and long-lasting. However, his associations with Ernst Fuchs and Friedhelm Mennekes are also worthy of examination in regard to his engagement with themes of religion and mysticism. 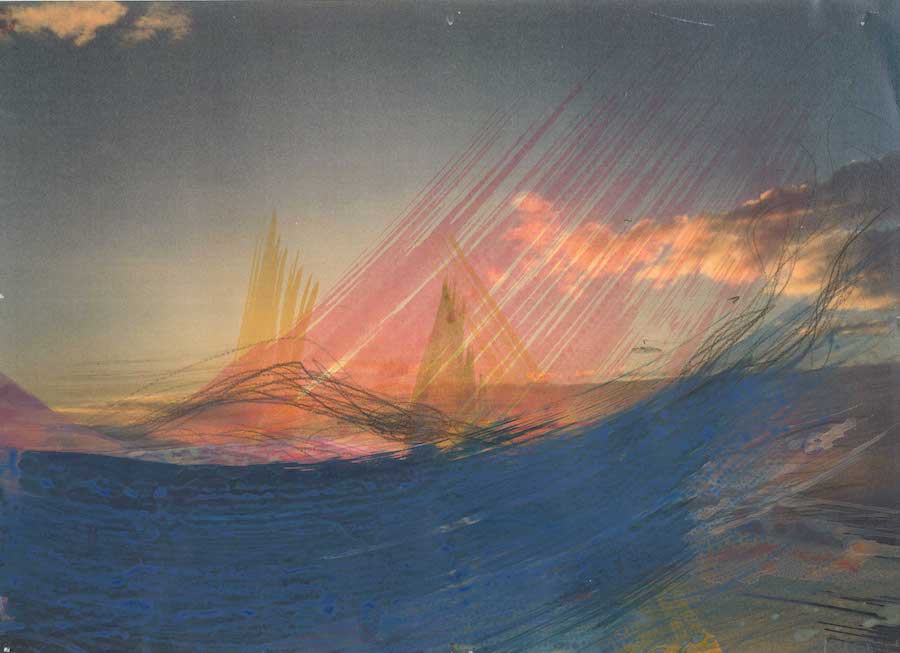 Ernst Fuchs was an Austrian painter, draughtsman, printmaker, sculptor, architect, stage designer, composer, poet, and singer, who was one of the founders of the Vienna School of Fantastic Realism. Fuchs wrote that, ‘My themes were from the beginning religious or mythological so that the contents of my pictures of surrealistic or phantastic character can be found in nearly all stages of my work’. Along with Arik Brauer, Anton Lehmden and others, Rainer and Fuchs formed the Hundsgruppe, or Dog Pack, an artist collective which had its first and only exhibition in 1951. Then, in 1959, together with Friedensreich Hundertwasser, they founded the Pintorarium, an academy for all creative fields which lasted until 1969. This latter endeavour was begun in the period where Fuchs lived in the Dormition Monastery on Mount Zion and devoted all his energies to furthering Jewish-Christian understanding and to working as a church painter.

Since 1979 the Jesuit Friedhelm Mennekes has been curating modern art exhibitions in churches. In 1985 he founded a centre for contemporary art and music, the Kunst-Station Sankt Peter Köln. Mennekes has been engaged in many discussions with artists through exhibitions and lectures that address this vital relationship of creative expression and experienced religion, including Rainer. In conversation with Mennekes, Rainer has stated that, ‘The cross can convey the meaning.’

“I had many discussions with him at that time and it was he who made it clear to me that connections between religion and artistic creativity, as I saw them, weren’t as peculiar as they seemed. He felt that the same way himself about them … He visited me in my studio, looked at my pictures, chose and bought two of them. And then he made me an offer to have an exhibition in his gallery. I became interested. In those days I had a very particular and rather extreme profile as an artist. It was a daring thing to mount an exhibition of my work. I was amazed how spiritually involved Mauer was; as far as he was concerned, there was no difficulty in relating religion to modern art, which was prevalent at that time in Christian circles. By contrast Mauer seemed shaped by his contact with this form of art. He certainly wasn’t a ‘progressive’ priest. Theologically he was more traditionally orientated. But he was an incredibly intelligent and articulate man with an extraordinary wide horizon. He was capable of relating things to each other, which was certainly not an everyday achievement. He had important functions in the Church, though there were wide circles within the Catholic world, which absolutely rejected him and, in fact, actually saw in him a particular sort of demon. This was especially because of his contacts with artists. As far as we were concerned he emanated great spirituality as well as being a totally charismatic person. He used to preach sermons which were real works of art. And he gave himself up so utterly to his theme that he literally swayed in ecstasy in the pulpit. He fascinated all of us, just as great artists fascinate.’

Rainer has related his overpaintings, in particular, to his interest in mysticism, non-verbal prayer and the teachings of St John of the Cross. He has contrasted the sort of religious art in which a figure of Christ or a Madonna is created in the greatest detail with religious ‘seeing’ in which one ‘only aims for the general structures of the imagination’. He has spoken of realising ‘that the quality and truth of the picture only grew as it became darker and darker’. His work, therefore, has parallels with the major abstract expressionists who were also deeply interested in religion and actively incorporated spiritual concerns in their work. The imageless and often richly dark canvases of Ad Reinhardt, Barnett Newman and Mark Rothko can all be considered, as with Rainer’s work, in relation to the apophatic tradition in Christian mysticism. In that tradition, as Pamela Schaeffer has written, ‘words like nothingness, darkness and obscurity … symbolize God.’

In an interview with Mennekes (Breicha [ed.] 1980), Rainer reveals what Christ means to him and goes on to describe his first picture of Christ:

‘It started as a black figural-structure. I attempted to make a crucified figure. At the start it was a kind of cubic stretch-figure. But it wasn’t successful. It was a stylistic platitude. So I went on painting and the figure of Christ became a cross. And finally, this cross became veiled by a dark cloud. But I am quite satisfied that something is still perceptible. It doesn’t even have to be consciously perceptible. He [Christ] withdraws when we attempt to represent him. Perhaps he is there in an intimation, in an extinguished, fragmentary way. In certain signs. And yet he even withdraws there. As soon as one thoughtlessly repeats it’.

Cottin argues that Rainer repeatedly returns in his work to the idea that veiling unveils and that, by ‘partly or completely concealing a motif the artist adds mystery and evokes a longing to see’:

‘We have a hard time accepting the mystery, the not knowing, as we realize all too well that the invisible is often more important than the visible. By covering and concealing Rainer opposes this. He teases and challenges us and wants us to accept that we should not always want to look further than what is given to us to see. Because often enough it is the case that the more we see, the less we believe. By concealing Rainer hands us back our true humanity.’