Sixteen artists and sixteen writers take on W.G. Sebald’s seminal novel The Rings of Saturn for The Arca Project presented by Payne Shurvell at their new Suffolk space. Here, one of the curators, Michael Hall, describes how the project came about.

“For a long time, when landless people died – shepherds, day labourers, Italian farm workers and other indigent folk – they were simply sown into sacks and thrown down a shaft with a lid over it. Such a communal grave, where the corpses probably lay all jumbled up like cabbages and turnips, was called an arca.…” W.G. Sebald – Campo Santo

In 2009 I started thinking about a way of creating a group exhibition inspired by the influence of German writer W.G. Sebald. I was introduced to his work while a student and it has left a lasting influence on my practice. He had an ability to imprint meaning onto landscapes, his wandering thoughts that have been categorised as ‘long distance mental time travel’, the heartfelt melancholy and his playful use of imagery. His work taught me that a dry wit, not a sense of humour, could be adopted to say things that are still serious. To play games with the truth that are not just about fooling people, more, to question the way we encounter things, and the multiplicity of these things. 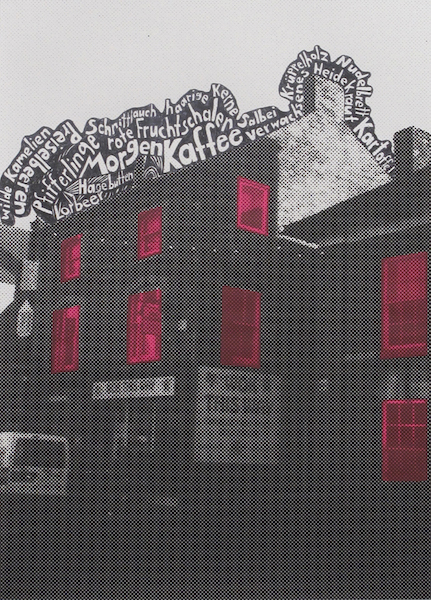 When I conceived The Arca Project my intention was to devise a way of incorporating the essence of W.G. Sebald within a project. I never wanted to merely pay homage to him but to develop new work through his influence. It took many forms until I met co-curator Graeme Gilloch, a cultural theorist who had written an essay for a project I curated about the fifth Beatle, Stuart Sutcliffe in 2012.

Drawing influence from Walter Benjamin’s Arcades Project, Graeme’s essay The ‘Arca Project’: W.G. Sebald’s Corsica inspired a way of thinking of the photographs within Sebald’s books as ‘ghosts’. His ability to place an image alongside text as if it had only ever existed in that place plays an interesting game with his reader. Having previously curated an exhibition Call Me Ishmael, showing work inspired by Herman Melville’s masterpiece, Moby Dick, I can find an obvious connection. That one line, ‘Call me Ishmael’, plays such an important role in the book. Read as an introduction by our narrator it has a double meaning. He is really stating that he is a liar, making us aware of the fallacy that we are about to engage in.

My point is that sometimes we are all open to being deceived, maybe as it doesn’t feel like deception when it has artistic integrity – a playful way of generating engagement from an audience without the horror of actually being asked to ‘join in’!

The Arca Project: An Exhibition Inspired by the Work of W.G. Sebald opens with PayneShurvell on 1 April in Suffolk, the setting of his seminal work The Rings of Saturn. The fact that it opens on April Fools Day is fitting for the playful nature in which this project has been conceived. 16 visual and 16 textual responses to one single image have been created to lead you on a random spiral of meaning making. All the responses started from the same singularity, all are quite different in their finished state.  The responses have all been developed as limited edition prints, all made by Invisible Print Studio. 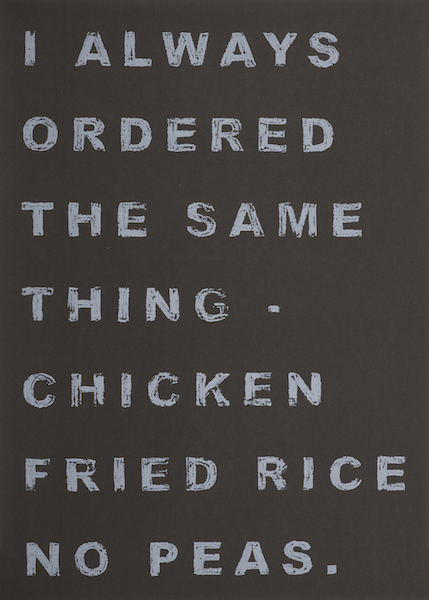 There were a few rules though:

1.     Textual responses write about the image.

2.     Visual responses work directly over the top of the image.

3.     Size and orientation would be standardised.

4.     They are exhibited as diptychs – 1 textual response and 1 visual response.

5.     There are as many responses as years since W.G. Sebald’s death.

They must only ever be shown as pairs. Their relationships may at times make perfect sense; they may also have no obvious connection. That is the point. Experiential understanding is made through interpretation, one drawn from our experiences. Like Socrates adopting the ‘maietic’ method, meaning the method of the midwife, where he would assist his patients in giving birth to their own understanding – something that inevitably they have to do themselves. (Simon Blackburn – Truth)

The Arca Project is an exhibition inspired by W.G. Sebald, his time in Corsica and his use of imagery. The image used in this exhibition has nothing to do with Sebald though, or with Corsica. I guess you must make of it what you will.

The Arca Project: An Exhibition Inspired by the Work of W.G. Sebald, Payne Shurvell Suffolk 1 April – 7 May 2017